Our Little Hit and Run

Roo and I never told anyone about our little “oopsie” in 1987. Now it’s time for me to tell all. 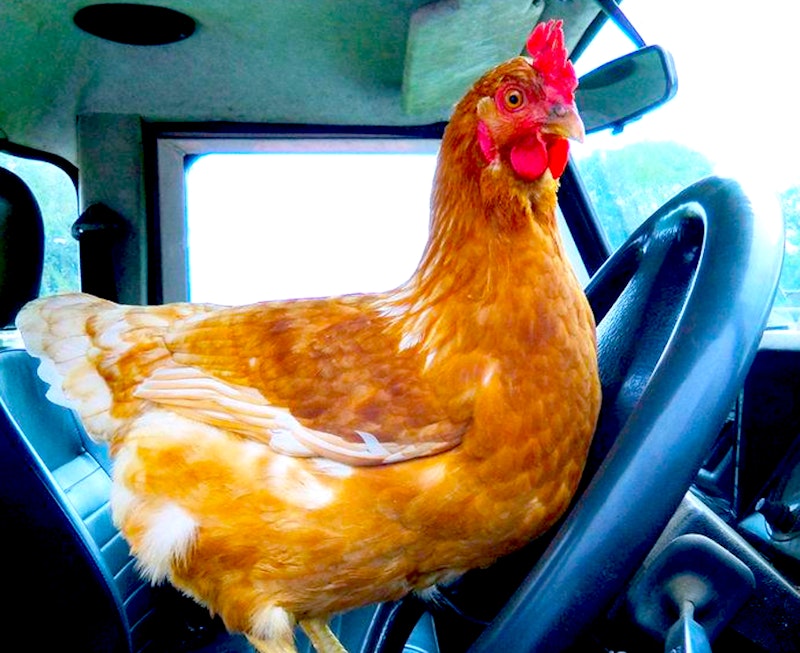 The world feels bleak lately. No one’s excited about anything. Money’s vacuumed upward, drug overdoses and murder are skyrocketing, and for the first time in American history, our President is legally considered dead. But don’t tell anyone I told you that because I’m not allowed to know something that isn’t true that I don’t know anyway, besides—I have something juicier than that. I know #MeToo has pretty much wound down, and we’re done getting people fired over bad dates and tweets from 2011, but my husband hasn’t cooked for me in 18 months and I’m cranky. I want din-din: veggies, tofu, nuggies (pork, of course), pasta, seven different kinds of mayo. I need to get fat for winter season when I used to lay eggs but now layabout in the French manner (as I call it).

My husband doesn’t like any of this, so I’m going to expose him as the killer of a young white child in the Bronx in 1987. You may be thinking of Tom Wolfe’s novel The Bonfire of the Vanities, but I’m not. That book was a horrible reminder all year of what we got away with: true murder, a hit and run that went unnoticed, un-investigated, not cared for by anyone. We’re not even sure if we hit a human child. Well, actually, Roo is pretty confident: judging by his PTSD, he really did see a dead white boy that early morning uptown. “My son, my son… what have ye done…” I had no idea my husband could affect an Irish accent, let alone mimic the cadences of a priest in grief, but I was in shock myself. By that point, I’d only killed seven children in my life, only three of whom deserved it.

“Oh my gawd, Roostah, oh my gawd.” In the late-1980s, I experimented with the Southern way. It didn’t last, but I must maintain fidelity to history. So, just to be clear, my husband hit a small white child with our petty-car in the early morning hours of April 23, 1987, somewhere in the Bronx. It was entirely his fault and I’m not to blame in any way except in my silence. For that, I confess guilt. Everything else was his damn fault though. It wasn’t my idea to get off at that exit, and I certainly wasn’t intimidated by black men or garbage by that point in my life (I’d worked and slept with many), but apparently he was. So unlike Sherman McCoy, we avoided the members of N.W.A. with grace under fire, but on the way out, we ran right over a little boy. Whatever, he was probably Mexican. If you find my language or general disposition in this article radically different from my previous work, remember that I’m not only recounting a time, but writing in the style of the time. Pay attention. Do better.

We obviously never faced charges and never heard about it on the news, so we assumed the boy was just some street urchin no one cared about or missed. Okay, fine. Not our problem. Next? But no. Now I want my conscience clean. I want my wrongs absolved and revealed, so that the world may see that even someone as variegated and talented and wonderful as me has bad days. I slip up. We all do. But it’s about keeping those days to a minimum. You can hit someone with your car in America, even if you’re a rooster or a hen, but only as long as they’re poor and there aren’t any cameras around. Feel free to come and arrest my husband, and maybe bring someone who can cook a nice gumbo to take his place. I’m getting tired of drawing his baths and taking dictation. I’m sure this piece will go a long way in court. By the way I did nothing wrong, I’m good, right?