It's All In Your Head

Boogeyman conspirators are hiding under the bed. 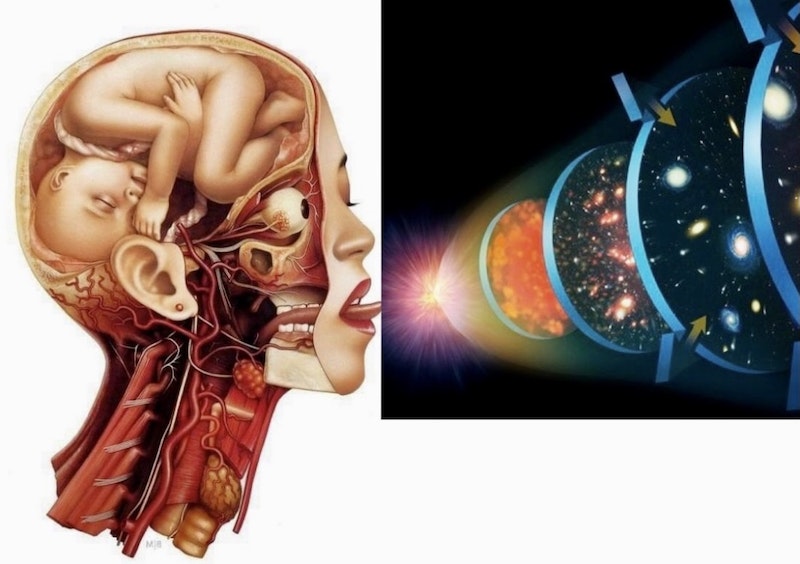 I was waiting in line at the local Dollar Store, where thrifty people shop for supposed bargains they're not genuinely guaranteed to get. These places dot the nation like tiny pimples on America's big lumpy butt. One cashier was gabbing at his co-worker as I eavesdropped on the single-sided conversation. "You know they killed over half a million people with that virus to swing the vote in their favor. It's a giant conspiracy, you know.”

The other cashier nodded his head, almost drooling in agreement. He went on, "I heard if you put a magnet on the arm, you got the vaccine shot, in, it'll stick to your skin, no sir bubba that ain't for me." Maybe he knows something. I kept my mouth shut. A lot of people think they also know, buying into this nonsense. They likely dream half-baked conspiracies sleeping. Boogeyman conspirators are hiding under the bed. One idiot's opinion is as good as another's. Asleep or awake, the dreams of fools have no limits.

Right now, you can buy a bright red t-shirt emblazoned with the word "Moron" for $25, or if you're a high-end moron, you can donate $25,000 to the moron party. But you still only get one t-shirt per moron. You can't buy them at the Dollar Store. It gives new meaning to the "I’m with stupid" t-shirts of yore. Alleged freedom-loving people will fall for anything that sounds remotely factual. There's no accounting for good or bad taste while you're enjoying your shit hoagie. Yet, people around here swallow it up with double everything on it. So smear some extra on mine, please, with some sweet sicko jelly too. How do these assholes appear, and from where? I already knew the answer to that magical mystery. You don't need to be Goofy or Forrest Gump to voice your beliefs, like any other dimwit. When a gang of Caucasians shouts, America First, they mean whites first. Everybody else gets on the back of the bus.

Today a psycho neighbor is shooting his rifle, feigning target practice for the end of the world. I can hear its popping echo in the distance. They're preparing for the reckoning. The big showdown when everything implodes. Like the big bang of automatic weapon rapid-fire theories. The right to own guns and shoot to kill. I hear it's coming, but no one knows when. Then, like pissing in a fan, we'll know for sure. They actually believe it's the end of the world.

I recently read an article that the anus is the first hole to develop in a growing fetus. I don't know if that's truer than the concept that life begins at inception. So there's no argument here. Many people exist an entire lifetime, more dead than alive. I try to avoid humanity's know-it-alls. Poetry and the microcosm of space are similar pursuits in the ever-expanding galaxies of futility. We surely take up space sitting on our haunches upon a small piece of the rock, babbling irrational thoughts of wasted words.

The level of stupidity has reached beyond critical mass. It's the latest craze. It's now actively debated whether or not to form a select Senate committee on the nature and levels of stupidity. So, I'll skip choosing the stupider sides. It's safe to say that the multiverse's idiocy is at an all-time peak. But it wasn't always this way. There's no arguing with stupid. I thought I had it made once when I pecked at an old Royal typewriter in another life. Let your fingers do the talking.

I sit here tapping my glass screen, making words appear from inside my head out to inside yours. That's if you only happen to be reading it. I'm rereading it now with my own eyes to make sure it says what I'm trying to tell you in so many words. It's prudent to measure the economy of ideas that come from thin air only to return there. It's wacky alchemy. It might enter your head from mine, ripen there and rot for a while. Your take on it isn’t mine. It isn't likely you'll dig where I'm coming from, but you could be open to it.