Tingle All the Way

The aliens fired four prongs at their target. 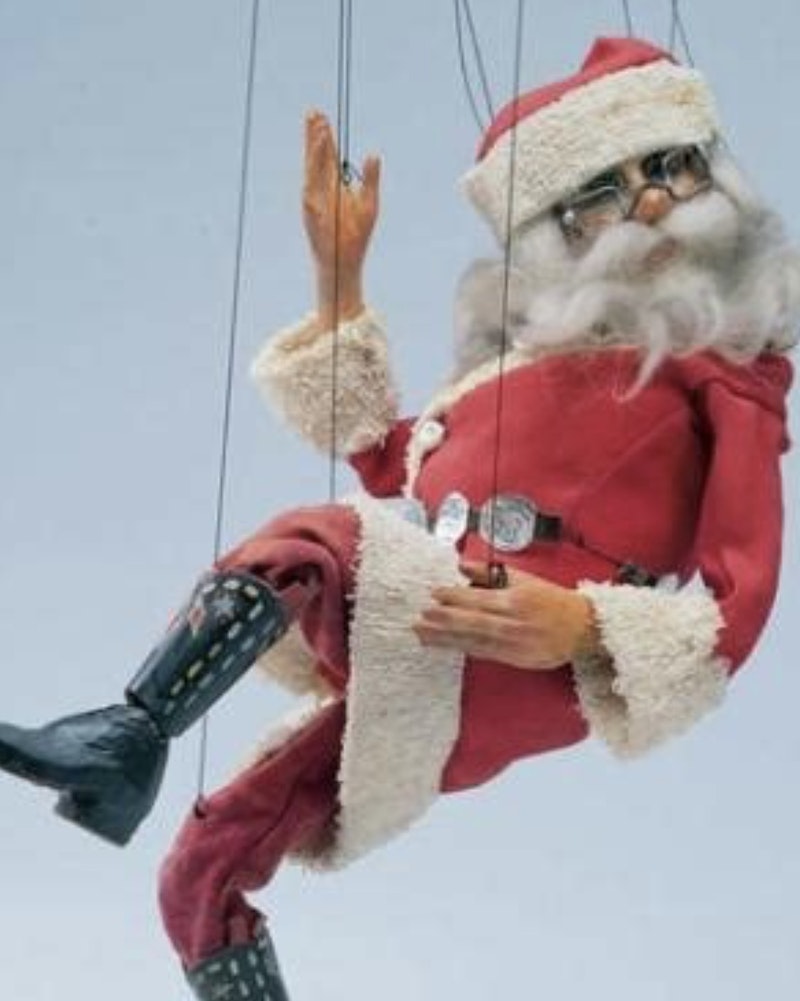 He was red and white, a mass of jelly, in a blizzard of snow and ice. He was a marionette on a stage of stone, wired by tinsel. He winced while his legs danced the body electric. He writhed to the beat of 50,000 volts. He undulated to the waveforms of alternating currents until he collapsed against his will. He fell in time with the rush of time, as if all history—from the fires of the seas to the cooling of the earth—were a prelude to this moment, as if striations in rock were like grooves on a record, as if the lines were transferable into a tale of sound and fury, signifying creation, where fountains sprayed magma and rivers flowed lava, where nature was the domain of violence and blood, where the past was the feature presentation of man’s televised March of Progress.

The marionette released his hand and lost his winnings. He dropped his bucket of coins, his pot of copper and nickel, his kettle of pennies and dimes and quarters and nickels. What ensued was a cascade of change, alongside an avalanche of sludge, much like a garden waterfall with bad plumbing; much like the interior of a dying mall filled with piped-in music; much like the exterior shot of a man—our marionette—with bad pipes.

What followed were scents sweet and sour, from a beard browned by flames to a suit singed by probes.

Hand bells rang while the red kettle sat upright, the words emblazoned on its shield: The Salvation Army.

Behind the yellow hue of fog lights, of a California morning on a coal winter’s night, of the haze of the San Fernando Valley in a valley of the Appalachian Mountains, two aliens faced their quarry. Dressed in houndstooth and khaki and corduroy and denim, they kneeled at opposite ends of a metallic bonnet. Equidistant from this illustration of a red griffin with a golden crown, beside a Cirrus White exterior with a Persian Blue interior, the two pointed their energy weapons at their prey.

On the left, next to a SAAB nameplate, the alien in houndstooth spoke to his fellow traveler.

—I spy, with my little eye, something round and not-so-jolly.

—Tell them to bring TP.

Two sets of dual laser sights formed an inverted-V of red and green, of holiday lights, on the downed soldier’s chest.

The aliens fired four prongs at their target. They defibrillated the man whom they had caused to have a myocardial infarction.

—I read bell hooks at Pitt.

—I met her at Carnegie Mellon.

—With no shot at tenure.

—Let’s get a drink. We’ll toast to our friend.

The aliens traveled through time from the cabin of their vehicle, into the fog and through the mists of memory, past the ghosts of Camp Wright and the graves of the heroes of Antietam and Fredericksburg and Bull Run, past the past itself and over the Hot Metal Bridge toward the Golden Triangle.

They stopped in the South Side Flats, outside a bar crawl of college students and a beehive—the Beehive—of honey lavender, hazelnut, frappes, cappuccinos, and espressos.

They traded their weapons for atomizers.

They held their phones, but hid their pens.

They vaped frankincense and myrrh.