In my nightmare, I savagely attack one of my old psychiatrists. 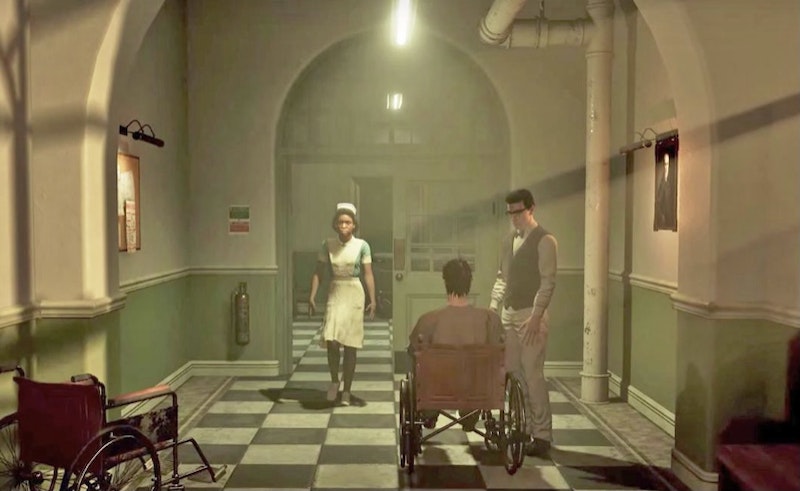 It’s still dark, but my nightmare warns me not to go back to sleep. I lean over and pick up my phone, check the time and date. It is 5.55 a.m. on Dec. 18th. My radio is playing a sullen rock track by Suede. Breakfast is two hours away. Yesterday I sustained myself on a protein shake and a mince pie, left on the counter above the fridge. Rosie was shocked when she saw me. She’s a Lived Experience Practitioner, has a history of mental illness and was hired by the hospital now that she’s stable. There are a couple of other Lived Experience Practitioners on the Ward; Matt has even done time in prison for armed robbery.

Rosie and I get along just fine. She doesn’t agree with my diagnosis of bipolar. Once on leave a few weeks back she suggested, because I was always so calm, that it was more likely anxiety and depression. I’d given the Ward psychiatrist little reason to believe I was bipolar; I read a book a day and usually published at least one article a week. I had escaped twice, scored some weed off a contact in Thamesmead and walked, high, through London and was endlessly called by the police. My Mum said that a WPC with Missing Persons had read some of my articles online. “You know,” the WPC said, “He’s actually a really decent writer!”

I have my Ward Round later today. I’ve been here for six months.

In my nightmare, I savagely attack one of my old psychiatrists. His face is all blood and gristle, and he falls back, his eyes on mine, bright red pupils shining like the Virginia Mothman. Eventually they fade to black, and my first psychiatrist, the one who diagnosed me as “Textbook Bipolar Disorder" 18 years ago, is dead. When I realize this, I grasp in my nightmare logic that not only will I not be going home to my parents on Christmas, a week away, but will never leave the Ward alive. I’ll die in incarceration.

With a start I wake up to an old Bon Jovi Christmas song, wondering who and where I am. My memory tries to help, throwing up images from the video for this song. Bon Jovi indulged in what politely is known as heavy petting with Cindy Crawford, back when they were both young, beautiful and hungry. “Fuck,’ I mutter to myself. “Fuck. Thank God for that.” I have a history of violence, the dream I’ve just emerged from is obviously my subconscious mind warning me of the worst-case scenario. In past stretches of time I’ve served on the Ward, I put one nurse into Accident and Emergency with a punch where I tried to push his nose through his brain. I bit another nurse's finger almost clean off. Once, while forcibly sedated, after the first injection, the two nurses working me started to panic, reaching for another hypodermic needle. I knew that two doses could kill me. I knocked one of them spark out with a decent right hook. The other nurse dragged me into my bedroom and tried to throttle me. But his heart wasn’t in it. He’d lost his bottle. I knew I was safe then, and that I’d get a cigarette in the blacked-out cell in the back of the van that was going to drive me to the Secure Unit. The Acute Ward has a zero tolerance policy toward violence. I got my cigarette. I pick up my phone to check the time. 7: 58 a.m. Nearly time for breakfast.