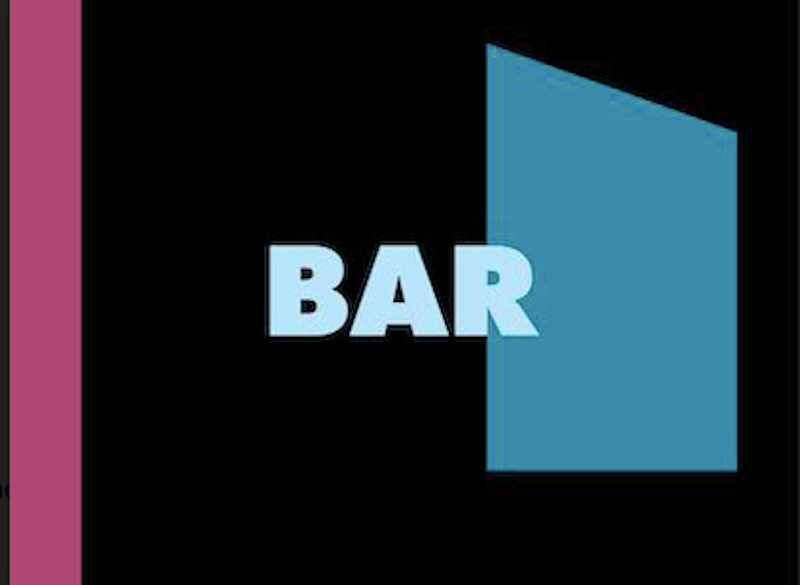 Palms on the sink, she rocked back and forth, slowly, staring into the mirror. Reva hated what she saw: the mannish nose, the eyes too close together, the dull frizzy hair, the lips a sad gash, the fat sagging cheeks.

She slumped to the tile floor, kicking, sniveling, furious, threw a tantrum until she was still and worn and panting. Too weary to get up, she crawled, like an infant, to the living room's liquor cabinet, opened its mahogany door, grabbed the lone bottle of rye only to find it empty. Of course. She'd polished it off last night before passing out, she hazily recalled.

Hands trembling, Reva Lipschatz yanked on an overcoat, rode the elevator down the 11 flights, a ta-ta to chubby Howard the doorman, was out on the street and around the corner. Too early for Brinsley's Wines & Spirits to be open, she trotted to the supermarket. Once there, snagged a six-pack of imported beer, enough to tide her over until four o'clock when Brinsley's opens their door. The cashier line crept at a glacial pace. What idiot pays by check! And why didn't they fill it out, besides the dollar amount, beforehand, dammit! Idiot!

Anxiety forced Reva to shift her weight from side to side as she exhaled impatiently. Finally! At the register! "Sorry, ma'am. Gotta change the receipt roll. Only take a minute..." Reva fumed, wished she could drain a bottle here and now. It was entirely too hot in the market. She unbuttoned her wool overcoat and flapped her elbows to cool off. Steaming, Reva snapped at the kid, "Get the lead out!" The teen didn't even look at her, just replied, "Moving as fast as I can, ma'am. Just take another sec." His easy manner drove her to distraction. She hated him. Hated his crewcut. Hated his freckles. She wanted to scream.

Brown paper bag clutched to her bosom, Reva scurried back to her white-brick apartment building, past Howard, waited a seeming eternity for the elevator doors to open.

At last, inside 11-D, a shaky hand clawing through the silverware drawer, grasping the bottle opener, popping open the first beer. Warm, but, good God, alcohol! The second one in a jiffy, too. At a slower guzzle with the third, aches and pains receding, a glow advancing, she settled in her easy chair, both feet planted on the floor, knees apart, and stared out the picture window and rubbed her pot belly. The city skyline was gorgeous, filling her heart with joy. For her fourth, Reva used a pilsner glass, and now the beer had spent time in the freezer, had taken on a slight chill. She thought about kicking off her Oxfords, but nixed that notion. It was getting close to four. She'd be heading to Brinsley's in just a bit, stroll in nonchalantly 15 minutes or so after the hour. Mustn't appear desperate. She turned on the radio and stepped a foxtrot. Beer in her blood, she could even wait until half-past.

Reva closed her apartment door, empty bottles in hand to drop down the incinerator shaft, when the elevator doors flew open and out strode Mrs. Schaefer, her two perfect towheads in tow, Missy, age six, and Timmy, age four. Reva despised the Schaefers, especially Mrs. Schaefer, Evelyn. Oh, she was too dreadful for words: too blonde, too svelte, too poised, too tea-sandwich proper. Suddenly Reva stumbled, couldn't steady, toppled like a chopped timber, onto the carpeted floor at Queen Schaefer's crocodile shod feet, bottles bouncing and rolling all about. The children gasped.

Mrs. Schaefer offered no help. On the contrary, she hastily unlocked their door, shoved her tykes in, let out a distinct tsk and, Reva could swear she heard, "Vermin!" The Schaefer door slammed. A deathly silence hovered in the air.

Reva had never married. Her sole family, her father and her mother, were dead, cancer and suicide, respectively. She'd been left a trust, existed in a cocktail of modest luxury and mental anguish. She achieved bliss when she tied one on. Which is to say, Reva hit the happy plane once a day, and woke to a remorseless hangover every noon. During the war, she'd spent a weekend with a sailor on leave, one Artie Remnick. He told her, all weekend, that he loved her, that he'd write. "After this meshuga war is kaput, we'll marry and have it all, baby! A brood of brats, the white picket fence, a brand spankin' new Chevy in the garage! The kit, the caboodle!" He smoked Camels, and despite his short stature and thinning hair, carried himself with a Hollywood swagger.

Reva waited for his first letter. For weeks. Then months. The rest of her life, to those few who inquired, she told them she'd once been engaged, that her fiancé died a hero's death during the Guadalcanal campaign.

Besides drinking, to fill the void, Reva became a collector of antique netsukes. She crammed them in a glass-door display case in the living room. She was pen pals with fellow enthusiasts throughout the United States, Canada and Great Britain. They exchanged snapshots of prize items, often referring to especially outstanding ones as "exquisite." But she'd never met one of her postal friends, didn't even know what they looked like. The nearest one was hundreds of miles away.

An animal in panic, Reva dropped the bottles down the incinerator, didn't wait for the elevator. Instead she barreled down the stairwell to the ground floor, hanging onto the railing with both hands the entire way to keep from tripping and breaking her neck. She zipped past Howard, was out in the wide open, people and traffic blazing and buzzing and honking. She saw Hugh Brinsley sweeping the sidewalk in front of his shop. He looked up, saw her and waved. But she was gasping, in no state to deal. "I have to walk, I need to calm down." The sky was sullen.

Muttering to herself, Reva marched in a maze of mortification and hate and confusion until she noticed it was dark.

She was in a part of town she wasn't familiar with, other than its reputation. She turned slowly and beheld skid row bars, a mission, flop houses. Not a soul in sight. Streetlamps set glass shards a-dazzle, the gutters a jewelry case of the debris of broken lives. The walk had sobered Reva. She thought, "How on earth did I wind up here! It's miles from home..." when out of nowhere, a derelict, a grizzly bear of a bum, loomed over her and cooed, "Ah! Me pretty one! Come to papa!" He grabbed her, a hand over her mouth, an arm around her middle, and hauled her into a black back alley, pulling her deep into a pit of dark. Her eyes bulging, she was jolted by hopeless terror, a fly caught in a web as the hungry spider approaches. Struggling with all of her might was pointless. He chortled at her frustration. She was a ragdoll against an ape.

"Oooh, a feisty one! Ha ha! A little fight adds to the fun of conquest! Ah! The poor damsel! Methinks she doth protest too much! Ha ha! Worry not! Papa has a nice comfy mattress over here..." His stubble scraped her cheek as he pressed his mouth against her ear, nauseating her with the stench of his hot breath reeking of cheap booze and cigars. "Enough of the lovey-dovey, now to me bed chamber, fair maiden! Ha ha! 'Tis futile to resist! Me belly is full of rum and a sporting lust burns in me loins. As the wise Chinaman once noted, 'tis best to lie back and enjoy, ha ha!" He punched her in the mouth and shoved her onto a dank filthy mattress, and kicked her in the stomach, knocking the wind out of her. "Oh! A fat juicy dame with a hefty can! Just the way I like 'em! Ha ha! Why, if King Solomon himself were to proffer me his very finest concubine, I'd reject her for you, me sweet meat!"

He'd torn her coat off with one hand and was about to rip her dress open when Reva slammed a knee into his groin. He bellowed in pain as she broke free, sprinted toward the street, running blindly, made it to the other side of the street, mere yards ahead of the monster.

By the grace of God, Reva just missed being hit by the coal truck. Her tormentor, on the other hand, was sent flying into the air, arcing, then landing on his head, dead on impact. The truck screeched to a halt. The cursing driver, her savior, leapt out. He stood over the bloody mess on the pavement, bewildered.

Reva bolted, ran all the way home, as fast as her feet could carry her. In her mind a nursery rhyme rang and repeated, one her mother had taught her oh so long ago, "This little piggy went to market..."