Life as an Average Nobody

Let us reclaim the present and restore the past to its rightful place among the good. Let us be Americans again. 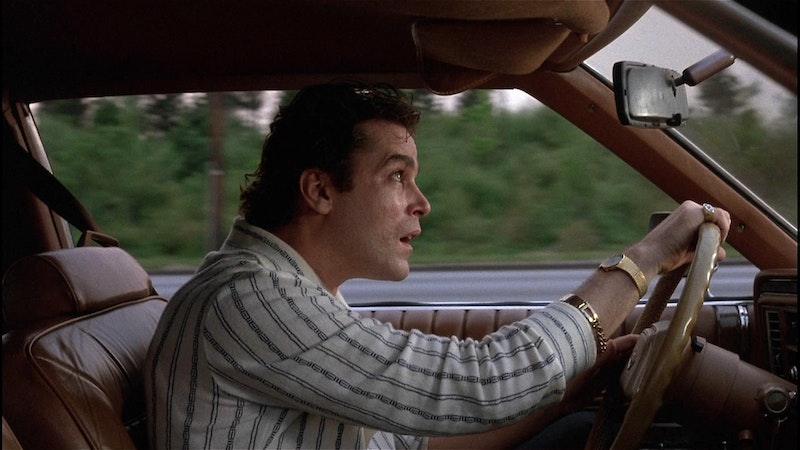 To talk of Patrick Henry and Benjamin Franklin is one thing, but to talk and walk like Nathan Hale—to walk from the sunlight of morning through the darkness of death and mourning—is the difference between words versus works, between the rhetoric of liberty and the reality of death, between hanging together and hanging alone; hanging as a martyr in the Park of Artillery, next to old Post Road.

The greatness of Hale doesn’t diminish the courage of Henry or Franklin. All three inspire us to live in the light of freedom, not the shadows of government protection. Say yes, in other words, to Henry—Patrick Henry—so as to stop living like Henry Hill: an average nobody, a schnook.

We must stop reliving the last 30 seconds of Hill’s (Ray Liotta) on-screen life, which ends like Goodfellas begins: in a prison of a subdivision above ground and a grave below. For us to refuse to live any other way is nuts, because the way we live now is like the way Hill gets to live the rest of his life.

He’s as pale as any ghost of a banker and as bedraggled as any creature of the night, unable to leave his cell except to appear as he is; as he’ll always be, in his robe—in his shroud—speaking with his eyes after saying his last words.

With nowhere to go and no one to see, we see enough to know his fate. Activity continues in spite of the absence of life, where machines plow new tracts in this necropolis of the anonymous, the damned, and the depraved.

Hill’s grave is the product of his own hand, of his decision to defile the earth and disquiet the underworld. When he disturbs the earth a second time, he does so amidst a “blood moon” of dust, smoke, and haze. He builds his tomb in a pit of murder and lies.

No wisps of summer or fall rise from this bog. No islands form or float in this mire. No river runs through this forest because there is no forest, but for those remnants that burn like matchsticks and decompose like the dead.

Hill’s routine is our quarantine, in a land without people, where the waterways are dry and the roadways are empty. This land is our land, without beauty in the mundane or awe before the magnificent, without a string of stones or a skyline of limestone and granite, without lines to the past or a path to the future.

The present consumes the past, turning steel to rust, timber to ash, and flesh to dust. The present threatens our existence because it weakens our sense of honor. The present is unacceptable because it’s unjust.

Let us, therefore, reclaim the present and restore the past to its rightful place among the good.

Let us be Americans again.