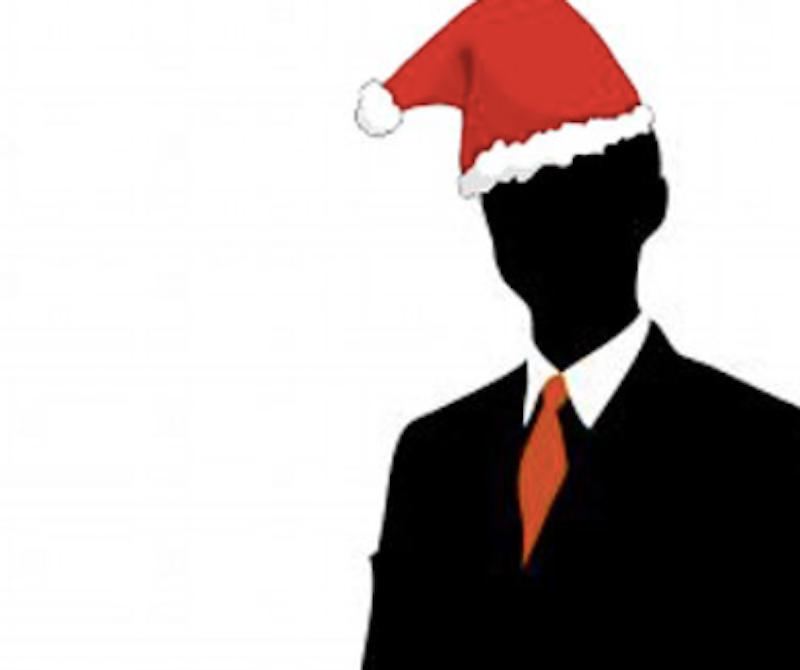 If this were 123 years ago, the answer would’ve been simpler. Even if I personally didn’t believe in Santa, I would’ve written something inspiring and uplifting. My conscience would’ve compelled me to look beyond my bias.

Journalists from all walks of life used to put up a pretense when it came to valuing their audience. They wrote thought-provoking editorials that challenged the reader’s thinking, rather than pander to it. But, we live in different times, Virginia. Dark, decadent times.

To a certain extent, this is nothing new. However, for the longest time adults kept that kind of talk at the adult’s table. Our neuroses and failures weren’t projected on children like yourself. Today, many adults aren’t happy unless everyone is unhappy.

Most corporate journalists have been poisoned by “the skepticism of a skeptical age,” and believe that their six- and seven-figure salaried job of reading a teleprompter from inside a warm studio is nobler than the construction worker, Uber driver or any member of the working-class they hold in low regard. That is, unless of course those people are delivering their food or Amazon packages during pandemics, in which case they’re patronizingly referred to as “heroes.” I ask you, Virginia: Do these people sound like they believe in anything, let alone a man who delivers toys to boys and girls around the world? No they don’t.

These people are responsible for the bastardized versions of Santa Claus. For instance, there’s the foul-mouthed swearing Santas from mediocre movies. In real life, there are mall Santas who see it as their duty not to provide a few moments of happiness and wonder but instead lecture pompously about the appropriateness of toys—as if their parents weren’t capable of deciding what kind of toy is best for their children. And let’s not forget the cloying materialistic advertising Santa, as saccharine as the soft drinks he shills.

What I suspect you’re really searching for is meaning and goodness in a world that seems increasingly devoid of such ideals. I use the word “seems” because that’s only what you and your dad see on nightly television or social media. It’s not a full picture of reality. Love, generosity and devotion do exist, Virginia, and they always will. Just not on Twitter, Facebook, CNN or Fox, or any other corporate media outlet owned by a holding company whose business model is based on providing agenda-driven opinions instead of actual news.

People will try to persuade you to give up your beliefs, Virginia. The friends who want so desperately to crush your dreams today will tomorrow become tenured college professors with useless degrees, so-called keyboard warrior tyrants, or members of Congress who believe sending soldiers to die in foreign wars is a benevolent pursuit. Some of your friends might even grow up to work for the very corporate media outlets that prompted your anxious question.

Don’t grow up, Virginia. Because if you do, you’ll lose the ability to think, dream and create things the world has never seen before. You won’t believe in anything beyond what you see in front of your eyes, or what self-appointed important people tell you to believe. You’ll lose your sense of humor and common sense. Worst of all, you’ll lose the ability to see the world through child-like eyes. Because the only way this world will ever become a better place is if more of us keep our imagination and idealism intact.

If I told you whether Santa Claus was real, I’d just be one more adult telling you what to think. Instead, I’ll say this: believe in Santa all you want to, Virginia. Or whatever else your searching spirit might find along the way. And tell your dad the best Christmas gift he can give you and the rest of the family is to cancel the cable subscription.