This Life Will Be the Death of Me

My humanness allows me to think of you so we're never lonely. 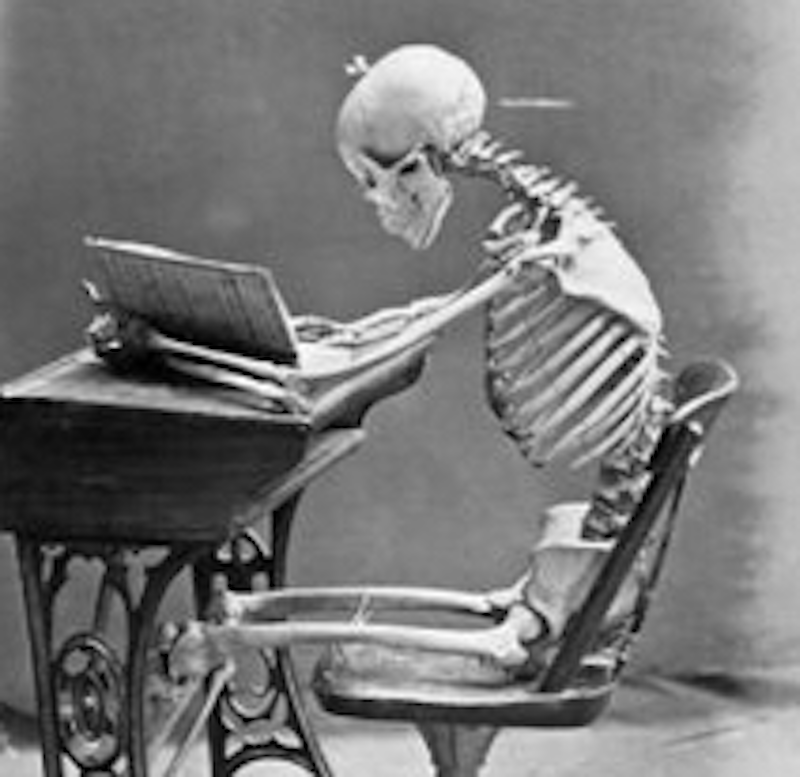 People say that just before having a stroke they smell burnt toast and then spasm out, drop dead or go into a coma. I love the smell of hot buttered toast and coffee. If I smell toast it’ll be a pleasurable experience going out with a little nosh. Breakfast is the most important meal of the day, or so cereal companies would have you believe. I love bacon, sausage, steaks, home fries, greasy eggs, coffee, and toast. Cardiac arrest. But hey, I like to live life on the edge. My cholesterol is a rebel with clogged arteries. If this reality is generated by some time space matrix of lizard men then we should eat whatever we like.

I was starving one winter, broke, and all I had in the fridge was a stick of butter and a half jar of mustard. Crazy things are always happening to me. That is the me I believe to be. Who I am at any given time. I change with the times or evolve with them. Reinventing the “me’s” that comprise who all of us are occupying one body. You say I'm insane. I must be to live in a world of madness.

At times I’ve no clue who I am or the person I'm supposed to be. Like a chameleon with leopard spots in a wavy funhouse mirror. A reflection of these ever-changing rooms inside the house in my head. Pinch me: I think I'm dreaming. Or was that your dream sequence I wandered into? You believe me to be what you think you see. It's a construct of time, space and money. There's a punch-drunk central nervous system gone haywire and space/time relativity plus the human condition being more human than human equals us trying to exist all together in this moment.

Animal, vegetable or mineral, it's all the same. Waiting to buy some time. Hungry for more life. A humane society of sameness. If time is a straight line then space is a circle. Hidden out in the open air where we can be recognized as different yet all the same. Someone that matters. Somebody else's problem or solution. Somebody who cares for their fellow creatures traveling along a rocky road of life back to you/us again.

I was often wrong about myself, so busy watching you. Perusing the past forms I forgot who I was. Shadows of former selves. Shedding skins and quick-change masks. Forgetting who we are. I’m my best friend. You’re an informed stranger. My humanness allows me to think of you so we're never lonely.

Standing alone or in a crowd, you’re with me always. Right here for a limited time. My perceptions tell me something is missing. Is it me or you out of place? The missing link my senses pick up on. One of those huzzah moments. It happens so fast. Birth, life death, rebirth. Close your eyes at night and open them again, in a split second it's morning. Happy to be breathing and moving around, yet another year has passed.

Recognizing a stranger who was mistaken for someone else. You may have known them in another lifetime. Who I thought they were in your eyes. I see myself floating in the dark light. No gods or demons can decide anyone's future fate in the past. There're no cowards or heroes, only life and the alternative. Afterward, only silence in eternal darkness. Dying a little every moment. The infinite nothingness of the vast organic mind hive behind the eyes where everything and nothing collide, forming the idea of you and me. What thoughts we see and how visions can evolve into beliefs and beings. It's a system that naturally works. The date and time, even the passing years, are a drop and a blink in this life.

It's a cruel sucker's bet living only to die. Even out the odds. It might work better to reverse the process. Start with death going backwards. All those spermatozoa swimming around looking for an egg to fertilize. A star exploding in the cosmos of dark dust travelling faster than light. Those who get living wrong must keep coming back to live life over again and again until they get it right.

It's a real imitation reality invented to tell the why, where and what we're here for in the first place. The disorder of being there, ever present in a never-ending now. Waves of energy permeate every speck of matter. A drop of water in the ocean. Hard rain falling, a speck of truth in a teardrop. To appear and disappear like old friends who come and go without any notice. To live and die when even your name is forgotten. In the final analysis there’s no easy way out. Take nothing for granted. Dream of what could be. Endless possibilities  of no escape. No need for drastic measures. Let go.

A man flubbed a suicide attempt in front of shocked funeral home staffers after he purchased a coffin, climbed in and shot himself. He paid cash for the casket before he wrote out his obituary. He then put a gun to his head and pulled the trigger The 52-year-old man survived the blast when the bullet passed through his chin and nose, missing his brain exiting the coffin lid and hitting the funeral director in the head. He died en route to the hospital. Police said he was having family problems and was even more devastated when he hadn’t managed to end it all. The funeral home refused to give him a refund on the coffin and he was charged with first-degree murder.