This Is Not a First World Problem 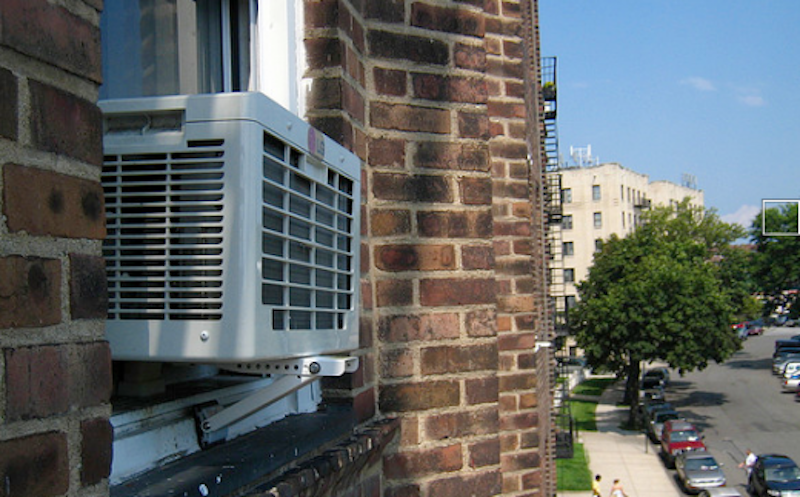 Summer in Baltimore is always miserable. From mid-June to early-September, the days are long, hot and muggy. Swallowed by 96 percent humidity, soaked in salty sweat before noon, the days melt your mind and the stale nights bring little relief from the suffocating invisible fog. A time to toast Texas for giving us central air. A couple of summers ago I was in Tempe, Arizona for a show, and when we got in at nine, I wore the thin black polyester trench coat I got at a Good Will in Los Angeles two days before. Loading out at the end of the night, my friend Miguel turned to me and said I must be cold-blooded—it was 110 degrees but felt like early October at home. Earlier in our trek, in the middle of the Southern California desert, we got out to piss in a shack. The heat and the dull roar of wind and dust didn’t feel oppressive, the scope of the scene—cracked golden earth, flat for miles until the comforting frame of mountains. Miguel, Julia and I walked around slowly, aimlessly, standing in place yards apart, forming a triangle. It felt like a snowstorm, what walking around underwater must be like—slow, moving silence, and complete calm and contentment, like those dozen seconds before going under in an operation. It was deeply moving and memorable, probably because I can’t remember going to a desert before.

This is my 12th summer in Baltimore. Nine of those were in a home with central air. Take no luxury for granted; especially AC. It’s my own fault that the summer of 2012 was traumatizing, from my cocoon upbringing and a total inability to deal with illness or physical discomfort. A wimpy, whining brat with the luxury of being able to whine online about the weather, doubly depressing! Another new complaint: half of my apartment is being converted into an art gallery—walls built, wood sanded, dust blown everywhere. With no ventilation, and one window occupied by a small AC, it feels like walking around in the desert, minus the passing bliss, choking on wood chips and straining to see through a different kind of oppressive golden fog.

But you have to get over minor inconveniences like heat waves and dirty air for what they are in perspective—minor. Complaining about anything to do with construction is so Larry David and lame. I’m not doing any physical labor; I’m not out of a job or a home. I don’t have miner’s lung or any distress; it’s all in my head. The luxury of being able to bitch. I feel like the phrase “first-world problems” is self-deprecating on the surface but embarrassingly obnoxious at its core. It’s a subconscious defense mechanism against the guilt and panic we feel when confronted with the reality that our lives are comfortable far beyond the expectations of most people around the world, yet there’s always something to complain about. Long story short, suffer through it: do your work, walk your dog, talk to your kids, call your mom, help your friends. Do what you can and try not to feel so stifled by minor inconveniences. Fuck the sun and carry on.