A writer for decomP, an online literary magazine, tells the heartbreaking tale of meeting This American Life host Ira Glass and having his lifelong dreams of writing for the show dashed once and for all. Looks like the "charming" NPR host is kind of a know-it-all. 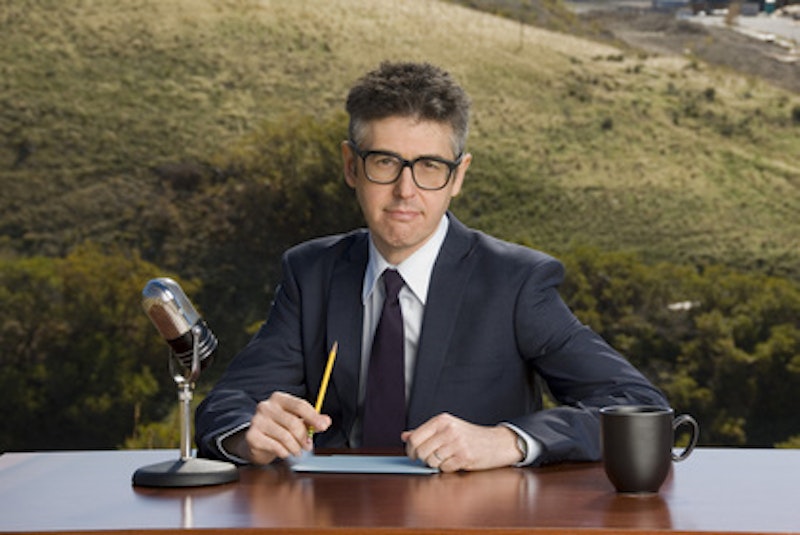 Ira pauses. I think he wants to hit me. I try to imagine what it's like getting hit by Ira Glass. Pretty cool. His girlfriend suddenly materializes from the crowd. She's quite foxy.

"What's going on," she says fixing her dark hypnotic eyes on him, "are you claiming yet again that you know something that isn't actually true?"

"No," Ira says sheepishly, "but this guy says Jodie Foster was the kid in the Coppertone ad and there's no way."

"Wrong, she was," the girlfriend says exhaustively, she's done this before, "everyone knows that."

"Fine," he says and then he hands me the seven dollars.