Splice reviewer Matt Poland was so impressed by Alan Furst’s latest spy thriller that he emailed the man to get more information about his writing process and his historical interests. 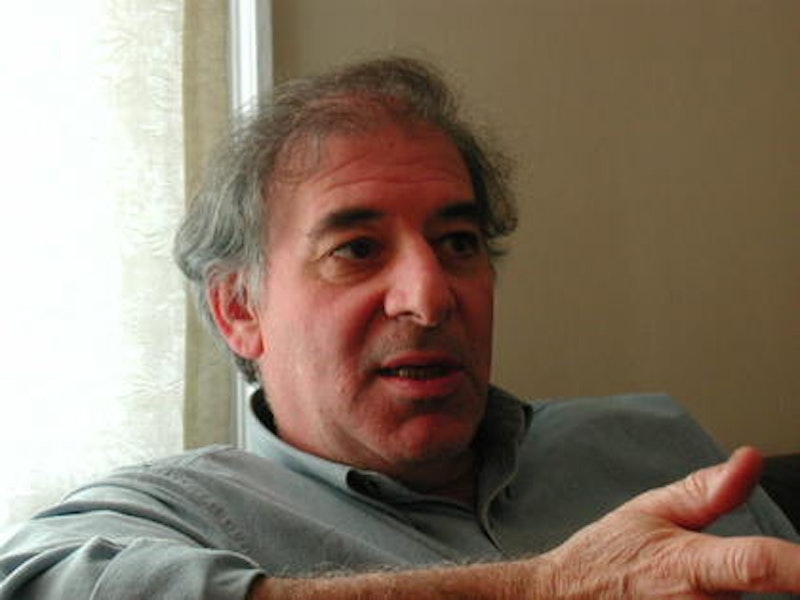 When you’re preparing to interview an espionage novelist, you wonder if he won’t be something of a method novelist. Will he be terse and brooding, talking in doublespeak? Will there be that familiar click when you make the call, so you know someone is recording you?

Fortunately, Alan Furst is nothing like that. When I reached the writer—whose 10th prewar espionage novel, The Spies of Warsaw, was published last month—at home in Sag Harbor, he was engaging, frank, and apologetic when he had to take a call from someone I didn’t imagine a spy or spy novelist dealing with: his electrician. Furst, like his characters, has few illusions about his trade. His job is to entertain readers, but that doesn’t keep him from taking the job of writing authentic and gripping historical espionage novels very seriously. When I mentioned that I live in Baltimore, he told me about researching life aboard a World War II-era ship on the S.S. John W. Brown, which is docked at a Baltimore shipyard. Furst said that when he stumbled upon the captain’s office, he was surprised at how bogged down with paperwork the captain was, how “executive” the room felt. This sense of clear-eyed realism—that espionage, like sailing, is both exciting and a job—is just one of the things we talked about.

SPLICE TODAY: I know you’re a New Yorker by birth, but do you have any personal connection to Europe between the wars? I imagine you with an uncle in the French resistance or something.

ALAN FURST: No personal connection whatsoever.  I’m basically a Jewish immigrant grandchild—both my grandmother and grandfather, all four grandparents actually, left Eastern Europe sometime in early 20th century, so that by the time the 30s and 40s came, if there was family over there, I doubt they survived. There was no aunt writing letters or anything like that. It is nice to think of, though…I’ll talk to my publicist about getting one.

ST: What, then, inspired you to start writing novels in this vein? The history of the period? A love for espionage fiction?

AF: What happened to me was, I wanted to write novels, and the question was: what [should I write about]? I was in my late 20s, and I started writing murder mysteries because I liked them. All were published, none did very well. Then I realized what I was doing wrong was I was confining myself to a genre format that encouraged parochial characters and situations. What I wanted to write about were intelligent people, intellectuals, people who had some really good sense of the future, perhaps more so than the people around them. I wanted to write about Europe, about sophisticated life, and this spelled spy novels. I was one of those people who thought, “I’m writing murder mysteries about people in Pennsylvania so I can go live in Europe,” but then I thought, “Dumbass, why don’t you go live in Europe?” The day I decided to write about Europeans, boom! Wham! It worked at the ends of my fingers. If you’re a writer, you’ll understand that feeling. Then I basically invented a genre—I went to buy a historical spy novel, and I couldn’t find one. I couldn’t believe my fucking luck. I don’t know why people didn’t do it, but they should’ve. And I don’t know that this is so unusual among novelists.

ST: That reminds me of Benjamin Disraeli saying something like, “When I want to read a novel, I just write one.”

AF: Right. Well, Disraeli’s a little glib, but that’s not far from the truth. Writers are readers first. You will never find a good writer who isn’t.

ST: You touched on this earlier, but how does writing a spy compare to writing characters that lead more normal existences?

ST: In fiction, why is it that espionage and sex always go hand in hand?

AF: Let’s say this: people involved in any kind of secret undertaking—resistance or espionage and a variety of other things—anyone involved in extremely dangerous and possibly hopeless kind of world needs consolation of some kind. You can’t just be like that all the time. For people in highly stressful situations, sex is the answer. Sex, and love, are the only good things in a bad world.

ST: How do you manage to keep your sex scenes plausible, when the likes of Tom Wolfe and Norman Mailer get stuck with Bad Sex in Fiction Awards?

AF: I write about what my readers do. What else? I don’t write about Herculean whatever. Nobody does that stuff.

ST: I’d like to ask about another balancing act. At one point in The Spies of Warsaw Mercier’s boss sighs, “We spend our lives waiting.” The espionage writer Charles McCarry, who was a CIA operative himself, called spying perhaps the most boring profession in the world. As a writer, how do you balance bored anticipation with frenetic action?

AF: It’s not so much difficult as an important technical obligation, what I call “housekeeping.” By this I mean, every once in awhile, you have to make sure everything is as it should be, since you know people that do that sort of thing have to spend time reading or writing reports. You give just a bit of that, and it’s interesting for the reader to feel like he’s witnessing the person’s actual life.

ST: In your novels, I enjoy your references to Petain, Pilsudski, and other figures from the period, but some readers might start to glaze over. Do you ever worry about that?

AF: You can’t. I’m not James Patterson and I’m never going to be, so I have to be true to the material. Because in the end, that’s what’s interesting in life. People are saying, “It’s his [Mercier’s] job to find out about tanks,” and then you have to answer, “Find out about what?” You have to anticipate your readers’ questions. You say, “I’d like to know a little something about this,” and [finding out] makes the depth work. Because if you’re writing about espionage, you have to answer: espionage about what?

ST: Is there a go-to history of the period you write about? One that readers who become interested in the period can turn to, or one you keep open on your desk when you’re writing?

AF: I have multiple. I’ve used everything from Wikipedia to extremely dry academic historical material. It depends what I happen on.

ST: In an interview a few years ago you said you’re a big fan of the historian John Lukacs.

AF: I have read Lukacs as much for pleasure as for research. Piers Brendon’s The Dark Valley is another good one. Martin Gilbert, there are all sorts of them.

ST: The scene towards the end of the novel which Mercier and company are cut off by a truck across the road seems like it could have taken place today in Iraq. You’ve been writing these novels for 20 years now—has living during another war affected how you write at all?

AF: No, not at all really. [At the beginning of the Iraq War] I wondered, what are you doing? I knew the history, that the Baathist party was extremely anti-clerical, and that means you don’t have Islamic terrorists coming out of the Baathist party, thank you. I assumed that the people in the [U.S.] government knew that as well.

ST: It’s interesting that the various conflicts in the Middle East, especially that in Iraq, are partly rooted in decisions made by the European powers after World War I, just before the period you write about.

AF: That’s true. There’s a great letter from de Gaulle about fighting early terrorists in the Bekaa Valley [in Lebanon], basically saying we’re never going to change these people, this situation is never going to change. I so wanted to put it in the book, but I didn’t because I’m very disciplined. But it’s so appropriate! It’s big-time not nice and racist, but that’s how they felt in the 30s. This is how they were thinking at the time.

ST: In reading The Spies of Warsaw I was struck on a number of occasions by how cinematic your writing can feel. How big of an influence on your writing is the cinema of the 1930s and 40s?

AF: To some extent movies are an influence. I saw Casablanca when I was a kid, and I liked something in there, but I don’t know exactly what it was. There’s something about it that’s magnetic. Sometimes when you see the old black and white movies they aren’t as good as you hoped, or they can be really good. [In the good ones] you can feel what the director or producer is trying to do: how much tension is there in a train compartment going across Europe before the war? They knew, and that’s what I try to show in my novels.

ST: How big of an influence is the music of the period? In a recent New York Times profile you mention a live album by Django Reinhardt, the great Gypsy jazz guitarist, that transports you to 1937 Paris.

AF: Music is a huge influence on my novels, more so than the cinema by a magnitude. While I was on tour [an American book tour in June] I went to a lot of bookstores and got asked that, and as I went my answers got sharper. I realized a couple of things: if you hear a Glenn Miller song, you think of America and soldiers and GIs in World War II, women riveters in airplane factories. If you listen to Django Reinhardt, you’re in Paris in the 30s. I don’t know how that happens, but it does.

I came to realize that if you really want to know what the 1930s are, you listen to Samuel Barber’s Adagio for Strings, then Django Reinhardt with Stéphane Grapelli. When I was living in Paris, while I was writing Dark Star, they used to play Adagio for Strings all the time on French radio. Somewhere between those two, between Adagio and Django Reinhardt, is the 1930s.

ST: In writing your novels, do you feel like you’re writing an elegy for a world that’s gone?

AF: Yes. Definitely. I used to sit in Paris and looking out through the window at a garden in the courtyard, and I’d say to myself, how does it fall to me to write about the death of old Europe? Who am I? Where do I get off? It was some kind of arrogance on my part to do it, but I did it anyhow. There are many times in these books that I feel like I’m speaking for victims who don’t get to tell their own stories.