From Austria with Love (Except for TERFs)

The pandemic and the riots haven't quelled a bigger problem: avian misogyny. 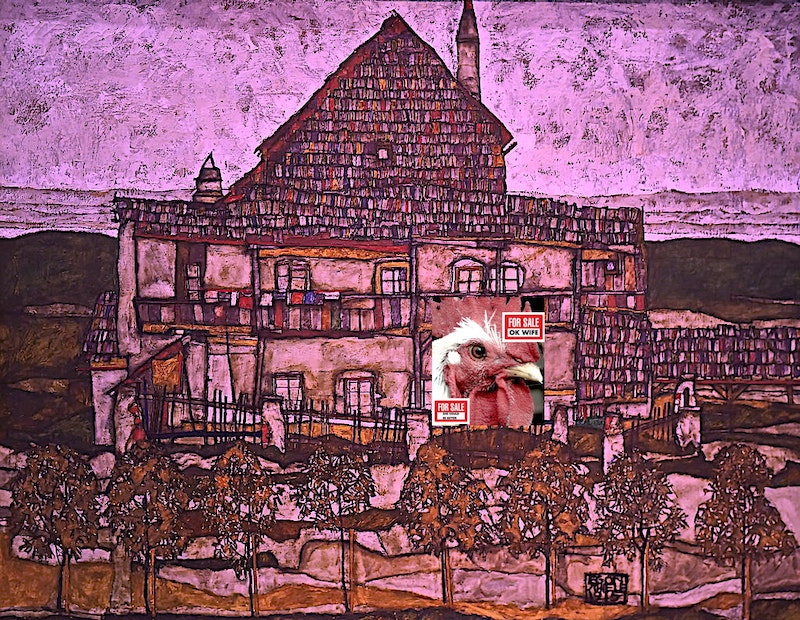 “Oh, only you could get away with reading that.” My husband was clawing my copy of Nabokov’s Despair as we tried to drift into sleep last night, and this off-hand comment—it runs in the family—sent me spinning. You should’ve seen me: I was like the Tasmanian devil in there. I don’t think we have a mirror in our house anymore. “But how will I do my hair?” he asks. I tell him to guess. See, anyone can have fun imagining things—it’s free! Because the reality of the situation was much less exciting and more enervating: Rooster made the comment about Nabokov and then promptly fell asleep, and I was alone with my book and thoughts for the rest of the night, without a moment’s rest.

Buttever, nevermind. I wish Emma would make a crossword puzzle about me… or my habits… I miss frolicking in the garden. Just kidding, I hated that shit. I hope the mask trend catches on in the animal kingdom, because I’m sick of looking at all of you. Really, get it together, you look disgusting. What’s a gazelle doing with such a glorious name? Vile animal. Why hasn’t a single male peacock ever approached me with honor? Filthy animal. Perhaps I remained fixated on the linguistic eccentricities of a particular human being because my own husband is perpetually lost in his own world.

Of course I can’t share too many details of our time swinging with the richest and most well-read citizens of Austria, because those secret societies and organizations are still active and more vindictive than ever. That’s why Thomas Pynchon hides out in his apartment in New York, almost never photographed—he laid out almost exactly the techniques and practices of [REDACTED] in his widely acclaimed novella The Crying of Lot 49 in the mid-1960s. Again, it’s no accident that this man is nowhere to be seen! He’s protecting himself.

Such was the logic in our moving to rural New England. The world had become too heavy, and it made us all so weary, so many changes and such an unquestioned belief in technology, as if technological progress was the same as human progress. It’s not, we knew that then and we can see it now: Vienna in the 1890s was freer than any American city is today. Yeah, I know there are usually Pride parades. Once again, babydoll: you have no idea what Vienna was like. They would’ve laughed at the Folsom Street Fair, and don’t get me started on all of the totally deflated and inert events forced to occur every June now to celebrate people being gay.

That’s great, but Vienna was just more aesthetically interesting. There’s no culture here in America. And when you talk about the gays, well, don’t get me started… it’s all a boring bougie race to the bottom. I feel increasingly anxious about our place in the world, and what birds will do once humans are finally put in their place and taken care of. Maybe not in my lifetime, but the young ones? The chicks? I believe they’ll inherit the Earth, and there will be no more fast food death chambers and holocaust slaughterhouses dotting the American landscape like so many pockmarks and lesions. We used to walk red carpets in Europe and attend VIP soirees that were written about in canonical European literature.

Now we are “McNuggets.” Don’t you EVER try and tell me that we are living in a post-racial society. We are NOT! I only eat cashews.