They Were Always a Bit Odd 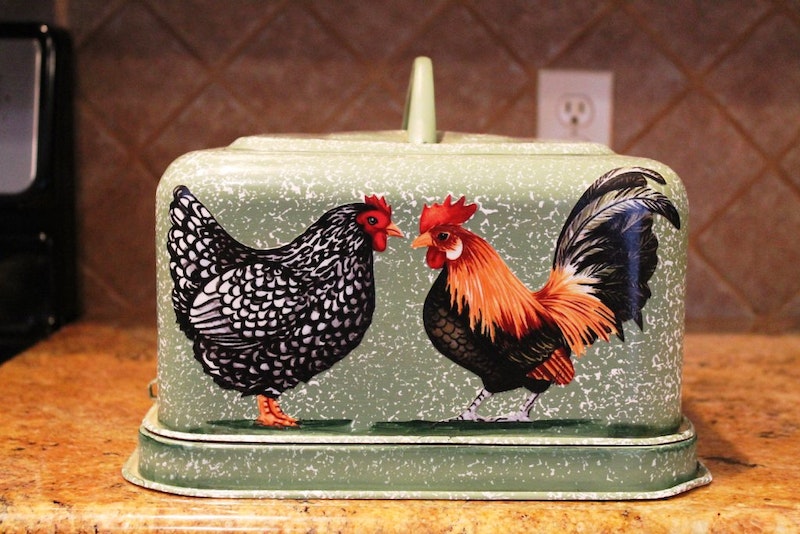 Lawrence and Lillian Quibbits sit in their breakfast nook watching Morning Joe. Mika is rolling her eyes as Joe Scarborough goes off on the “radical incompetency” of the establishment and the fact that security at the White House allowed two rogue roosters to enter and cause such a disturbance. Lawrence and Lillian have just woken up, and they’ve barely had their coffee—their phones aren’t charged. Lawrence furrows his brow and Lillian gets up to find her charger. They haven’t said a word to each other. Lawrence braces for something he can’t quite articulate. Then Mika speaks. “If you’re just joining us, last night there was a break-in at the White House… by two roosters wielding AR-15s and hunting knives asking to speak to the President. We are following this story as it develops, and as of now we can identify the assailants as… hold on… Rooster and Monica Quibbits.”

Lawrence frowns. More of this? He thought he’d gotten them out of his life. They were always such an improper couple. So brash, opinionated, moody. Lawrence and his wife really didn’t care for it. It was really just uncouth. Lawrence adjusted his glasses, clicked his beak and thought about the scene those two caused at his own wedding: drunk and high on cocoa root, throwing glass around the church barn and yelling about Donna Summer and Neil Diamond. That was back before they were married, and Monica was still regarded with much suspicion by the Quibbits clan as a hussy interloper, some gunky art chick that was Yoko-ing their Rooster away from them. He’s had limited contact with the two since, mostly funerals and other weddings. But before this morning, he hadn’t thought about Rooster or Monica in years. He’s not surprised.

Lillian sits back down and brings Lawrence his coffee, and they both sip and watch the news develop and mutually “hmm” each other as unflattering pictures of their relatives flash on the screen. Lillian clicks her beak and shakes her head, very embarrassed for them. “They were always such troublemakers. So rude.” Lawrence sighs. “I know. Rooster is a bastard. I’m honestly not surprised… he’ll probably blame this on ‘fake news.’ Have you been reading about that, sweetie?” Lillian stares at her husband, clueless. He goes on. “There are these… conspiracy theorists… they live underground is what the paper is saying… they make these stories, like… ‘Trump will increase hay prices by 500 percent’ or ‘Massachusetts is banning free range farms.’ They’re basically terrorists. Obviously Rooster and his whore wife have been radicalized. It’s just a matter of figuring out why and by who.” Lillian cocks her head. “Don’t you mean whom, dear?” Lawrence’s eyes narrow. He thinks about spitting. It runs in the family. “No, Lillian… I mean who… I’m… you’re giving me a headache.” Lillian grimaces. “I’m sorry, sweetie, I can get you a…” Lawrence flashes his wing, knocking over his coffee and staining the papers. “No no no no NO it’s fine, it’s fine. Just… just go upstairs… I don’t want to see you anymore.”

Lawrence and Lillian are not happy. They are not good souls. They are defunct, corrupted. Not like Rooster and Monica, who have no idea they’re being smeared in international press. At this moment, they’re still in the bowels of White House North, awaiting some message or news of release they know isn’t coming any time soon…

Back in the breakfast nook, Morning Joe is showing a grainy, vertically filmed iPhone clip of two pigeons outside the White House. Lawrence and Lillian look at each other, know that something is off, but too indifferent about the fate of their distant cousins to say anything more than “Is it still raining?”