They Called Him Bathroom Bill 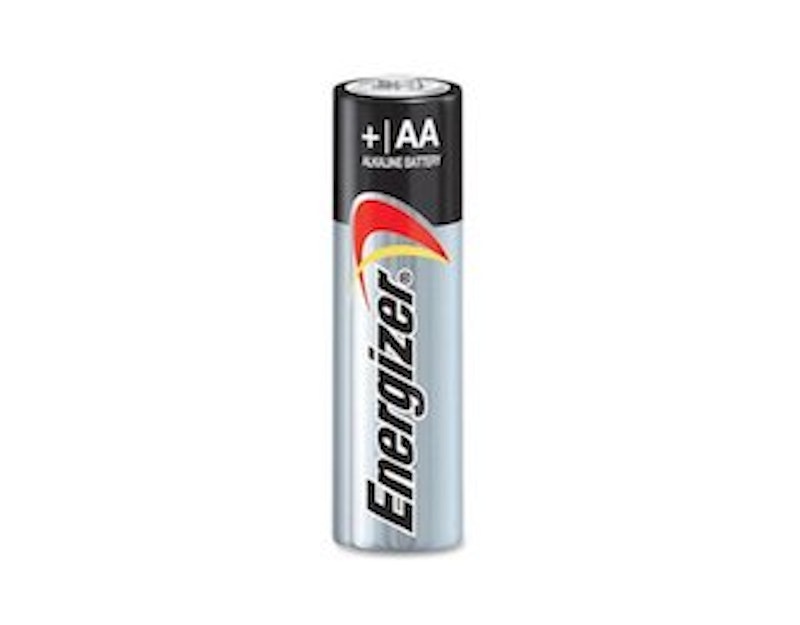 They called him “Bathroom” Bill, you know. That was his big issue, the cynosure of his monomania. He was a bathroom man, and he wanted to keep the sexes separate. Separate but unequal. The inequality stemmed from the urinals, you see. The urinals were the big problem. But “Bathroom” Bill wasn’t just any old state representative. He had a great idea, his eureka moment: install urinals in the women’s restrooms too, and leave a long steel tube or “piss pipe” on top of them, sort of like the shared “store sock” used for shoe fittings at the Foot Locker. Long story short, they don’t make him like that anymore, kid.

Kid? I’m 47 years young, buddy. And don’t you mean “make them like that anymore?”

I meant what I said. I meant “him.” I meant every word of it.

“Every word?” Camden Camden asked, incredulous. “A rewrite of every single word?”

Leeds, the new editor and therefore Camden’s new boss, shrugged and returned to his Sega Game Gear. “Say Kim Kim, do you think the other yahoos out there would like one of these on their shared desks? A Game Gear, I mean. I’ve been reading about how the Silicon Valley start-ups offer back rubs and Ben Wa balls and all the seltzer you could drink, and it got me thinking about what we could do. We don’t have that kind of budget—we don’t have any budget, honestly—but I have a line on a few pallets of these down by the pier in Egg Harbor. That’s in New Jersey, Kim. The ‘Garden State,’ they call it, like the movie of the same name. Hell of a film, too. Nobody’ll ever say that Braff kid couldn’t act his way out of a wet paper bag with two open ends, because he sure as hell could. Anyhow, I could buy a pallet of Game Gears and bring them into the office, and each of us could have one. I’ve got five game cartridges here on my desk and we could share those, except for the three Sonic ones. I’ll be holding onto those. Still trying to get those fucking rings. But at least the battery life’s not bad. You can get almost three hours off six AA batteries.”

Camden Camden ignored every word her hairy greaseball of a boss just said. Rewriting every word? This wasn’t how a top dog like her was to be edited. She had the biggest social media presence of anyone at Moustache Publishing, with over 20,000 followers on her Instagram, and wasn’t to be trifled with. “Listen, Leeds, I’m a fitness influencer,” she said, flexing her veiny, Madonna-meets-Sarah Jessica Parker biceps. “I get thousands of likes and comments on every photo I post on ‘the gram.’ Thousands. People read my captions telling them how I learned to start loving my body and not thinking I was a gross piece of shit, even if they’re not the least bit true, and their hearts melt or shrink or grow three sizes or whatever hearts do when they’re touched. What I mean is I spill the tea, Leeds. And I don’t clean it up.”

Leeds didn’t even glance up from his Game Gear. “Ah, fuck, the battery indicator’s coming on, and that rat bastard Tails hasn’t even picked up any rings,” he whined. “Hey hon, could you be a doll and go get me six AA batteries from the supply closet. We really need to stock up on those. I need to tell Velma to do an order from Uline this week, especially if we’re going to be putting one of these babies on every desk. Note to self: tell Velma to ask that rat bastard Georgiy to order three six-packs of AA batteries. No, no, what am I saying... the budget. That won’t work. I don’t even have the money to pay Georgiy to come to the office this week to run my errands, much less buy three packs of batteries. Note to self: Two six-packs of AA batteries. That’s better. That’s called ‘cutting costs,’ Kim. That’s how you run a tight ship.”

While Leeds rambled about office supplies, Camden Camden was busy angling her phone for a special “burst” series of selfies, hoping to raise her cheekbones higher than the snow-capped peaks of Andes. “You don’t do this to me, Leeds,” she whispered to her reflection, typing this oh-so-moving caption for her post as she spoke. “You don’t fucking do something like this to me, of all the people. You can have my body, but you can’t have my soul.”

“Your body but not your soul? Sold!” joked the hot college comedian, who used to be wanted in all 50 states for attempting to elicit laughter but recently had been scraping the bottom of skid row, having been canceled for his infamous 90-minute routine that discussed how and why Asian people were bad drivers. “Me no rikey reft turn!” he’d say over and over, to the delight of none and nobody.

The Mama Bear pulled back the tufts of fur around her breasts, withdrew a pawful of chiggers and ticks, and swallowed them. Bit of a palate cleanser, she thought, and more than appropriate given the dirty business she was now involved with. “Look, you can have 30 minutes with my footpads. But if you want me to eat you, that’s going to be extra.”

“Sorry, sweetie, but I’m not a raw food enthusiast,” said the hot college comedian, spritzing the air with a bit of seltzer water and adjusting his oversized bowtie to punctuate the punchline.

The Mama Bear raised herself up to her full height and growled. “Shut the fuck up, my dude. I’m not proud that I’m doing this.”

“I mean, why should they be proud of being a sex worker?” a perplexed Emily Twiggs—clad in her circa-2009 undergrad uniform of low-rise, flare-legged jeans, seashell necklace, Livestrong bracelet, and “The Strokes” t-shirt— asked teaching assistant Jen Score, a bulbous personage known to many of the students assigned to her recitation sections as “the whale.”

“Sex work is real work, perhaps the only real work there is,” hissed Score, who had no idea why Twiggs was interrupting the office hours she devoted to playing Spider Solitaire on her T-Mobile Sidekick. “The exchange of money is almost like the prospective payment of a fine for the ‘crime’ arising from the inequality of the parties to the contract which would otherwise render moot any so-called ‘consent’ to the sex act. Without the transfer of that legal tender, any relations between two parties of different ages, races, genders, heights, weights, and so on would be tantamount to rape.”

Twiggs raised a painted-on eyebrow and tugged at the frosted tips of her bangs. “But... that’s not how I see this ‘Pimp’ book by Iceberg Slim that Professor Tunnell is having us read. Slim has a pretty negative view of the whole pimping process, even if he’s proud of the ingenuity it took to make a dishonest living and the skill he used to discipline his ‘girls.’”

“Oh, I wouldn’t know,” said Score, blinking awake from the micro-nap she had taken while Twiggs was speaking. “I haven’t read it. That book is nothing more than occidentalist mansplaining, and filled to bursting with white supremacy and privilege.”

“The author is black…” protested Twiggs.

“He’s actually a mulatto or quadroon, if I recall the Wikipedia article correctly. Besides, black men are the cishet white males of black people,” Score sighed. “Don’t you get it, Twiggs? Seems like you better learn a thing or two.”

“Are you listening, Twiggs?” Score asked, who was answering texts on her phone, banging away at the keys with her Vienna sausage fingers. “I don’t really think you’re doing the work.”

Twiggs shook herself from her muffin-top reverie.  “Well, that’s what I’m here about, Ms. Score…”

“I don’t use female pronouns,” Score corrected her.

“Okay, well, that’s what I’m here about, ‘They’ Score... I’d really like you to consider raising my grade from a 50 on the midterm to some grade that isn’t failing. I’m not even sure what answers were wrong. It was a multiple-choice test but it doesn’t look like you graded it.”

“I didn’t,” Score said. “Scoring tests and holding debates is a lot of cishet eurocentric bullshit. There are no ‘right’ answers, only valid and wise perspectives from the standpoint of some oppressed person. So what I did is take your level of privilege, which is about a plus-50 because everyone knows that cishet white women with moderate pretty privilege are the cishet white men of women, and subtracted that from 100. That was how you got your grade.”

Twiggs nodded. “Well, you need to change that, ‘They’ Score. I want to graduate and become a journalist, and this Intro to College Studies ‘F’ grade is going to set me back bigtime. And if you don’t…”

Score, already oozing out of her cheap office chair, leaned back and affected a look of great fear. “What are you going to do? Call your rich car dealer daddy and tell him some ugly pig, some beluga whale, is discriminating against his ‘Karen’ of a daughter? Fat chance!”

“If you don’t change this grade, I’ll pull out my rape whistle and can of mace”—and here Twiggs began riffling around in her purse—“and then you can talk to the Title IX office. I’m sure you know all about that stuff, ‘They’ Score. Probably even posted blogs on your LiveJournal or Blogspot about how the Obama-era changes to Title IX were such a great thing.”

“You vile hussy…” Score stammered, apoplectic. “If you do that, I’ll just pull out a credit card and say I was going to pay the fair market value for your services. That’s all it will take. They’ll understand when they look at the two of us, when they see how disgusting I am. They’ll understand that this was consensual.”

Emily Twiggs, now suddenly a budding #GirlBoss in full control of her powers of persuasion, smiled her most condescending smile at poor Jen Score... that beached whale, that hopeless fool. This wasn’t how you played the game. Score thought she knew the score, knew how the rules had changed, knew the moves to make. But Twiggs could see the whole field, could see herself at the head of an empowerment movement behind which, as of yet, budding social justice warrior Jen Score still lumbered far behind.

Walter Benjamin argued that technology like the film, the “picture-in-motion,” offered the masses the chance to see themselves in movement. A mass movement could be captured by means of the camera, then projected back on a screen for the delectation of those who had attended the rally. They would see that they had turned up. They had been here for it. They were doing the work, the work of the people.

What, then of a digital technology like social media, which resides on the portable screen? It is, I would argue, analogous to a mirror that reflects one’s greatness, one’s self-ishness, back at them. With social media, we are alone together, apart from the main. There is no end to it, this loneliness of the virtual crowd.

Nor is there any end to the construction of self, not through our participation in the movement of the masses—context determining identity, in that instance—but through our total absorption in our own carefully curated selves. Iago remarked that he was not who he was, a genuinely human lament; we are only who we say we are, and more’s the pity for us post-humans.