I Think, Therefore I Drink

Too much of a good thing can make you do crazy and stupid stuff. 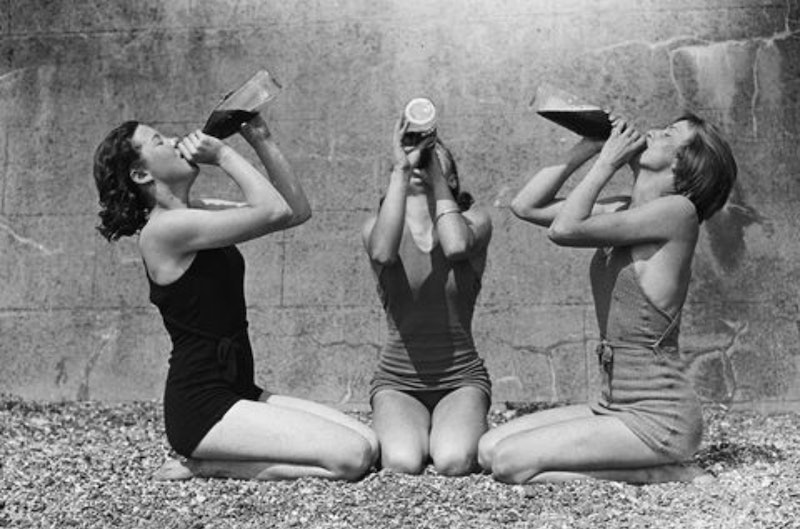 Descartes, the French aristocrat, mathematician, philosopher and scientist ain’t got squat on me. He thought therefore he was. Throw the bum out. He reasoned that beliefs concerning the physical world are doubtful. Like the entire universe is one consciousness inside a cranium. Maybe he was onto something. I think, therefore I drink is roughly equivalent to “cogito ergo bibe” or some approximation according to how Latin is interpreted in the biblical sense.

Latin’s used only in Roman Catholic high mass and some U.S. currency. Why it’s called high mass is anybody’s guess. Nobody, including Latinos, speak Latin in casual conversation. They may use Roman numerals, say numero uno or E Pluribus Unum. They might’ve attended Boys Latin School or prepared for a stint as a priest or monk. But Latin’s archaic and useless.

That has nothing to do with drinking or even why anybody drinks. Maybe it’s a segue that delves into the wonderful and sometimes lurid world of drinking. The Romans loved their wine as much as the Vikings loved their grog or Europeans in the Middle Ages who swilled mead. Fermented grapes or brewed hops allowed civilization to stumble into the present day where wine vineyards and microbreweries are more abundant than distilleries.

Liquor’s quicker. The art of distilling alcohol spirits is a weird alchemy. A science of high-proof liquid sunshine disinfectant. My booze of choice wasn’t always vodka. I learned from an early age wine made me a big puker if I drank too much and whiskey packs a mean nasty hangover. Beer was always like sipping cool water or sometimes warm piss. Clear spirits are best for my delicate constitution. Hangovers are usually the morning after so it’s best to minimize chances beforehand. That old hair of the dog remedy only works temporarily if you’re on a binge. If you’re on a bender nothing helps.

Too much of a good thing can make you do crazy and stupid stuff. I’m no exception when it comes to overindulgence but it rarely leads to risky and dangerous behavior. I’ve had my share of blackouts, drunk tanks. bar brawls and broken bones. Your guess is as good as mine how I got through all the lost years. It was fun and games mostly, until somebody or something was damaged. It was usually me on the receiving end of my own drunken stupors. Sometimes others may’ve gotten punched, pushed, slapped, kicked or suffered hurt feelings. It fell somewhere between the comedy and tragedy. More than likely they were drunk too and probably deserved it. I’m not justifying my barroom days but it takes two to make anything happen in a good or bad tango. Like driving drunk or playing with loaded guns, yell at cops or piss off an angry bunch of bikers.

There’s no excuse for problem drinkers causing trouble. I remember the reasons most people drink. Mainly to forget about lost loves or to celebrate some festive occasion. It’s not always party time. There’s no law that states why you can’t feel good, as in getting tight and happy to lighten the mood and dull the pain of a heavy world. There’re just as many reasons to drink as there are not to. A few cocktails will turn timid types into boisterous gadfly loudmouths bordering on obnoxious louts. I was on both sides of that old alkie bar scene.

Due respect to all dry drunks. There’s far too much emphasis in polite society for making folks feel bad about taking to drink. Abstinence and the temperance of lips that touch liquor will never kiss. Groups and organizations like AA make and break us. They preach thinly-veiled sermons of condemnation to repent like sinners on a Sunday morning coming down.

I attended group meetings in the “rooms.” Constant urgings from concerned friends who were already in the program with sponsors and a fistful of sobriety medallions convinced me I had a drinking problem. It’s entirely possible. The first-hand stories from those in recovery were much worse than anything I ever encountered. My personal worst couldn’t touch some of the spine-tingling horror tales I listened to on the way to self-destruction from the Pour House to the poorhouse.

Is it possible we need to save each other from ourselves? There’s a silver lining out there somewhere in this year of no year. No need to count blessings. I’m not suggesting you go out and guzzle a fifth of Everclear and die from alcohol poisoning or drink yourself sober. This isn’t a promotion to buy more booze than you really want but it’s a good idea to stock up for emergencies like quarantines and a nation gone berserk.