Give the bastard that. 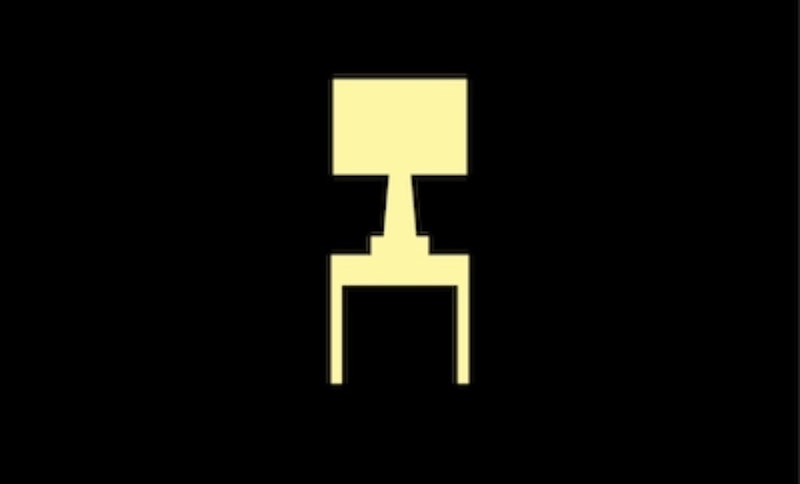 Natalie rode the train to the city, booked a room at the Grant Hotel, tipped the bellboy a silver dollar. She stripped and redressed, replacing tweed suit with a royal-blue silk shift, a generous slit on its left. Oxfords were kicked aside, stilettos stepped into. Before the mirror, she let her hair down, removed glasses, applied makeup and false eyelashes. Transformed, the mouse was TNT. Sequined purse in hand, she quietly closed the door behind her, took the back stairs down to an alley and out into the Saturday night October breeze.

Meandering home after a show, the newlyweds found themselves on a quiet street when they met a chalkboard sidewalk sign: Open! Madame Butterfly's Just Desserts Café. They looked at each other; she tilted her head as if to say, "Worth a try?" He shrugged, "Why not?"

As they stepped down a few steps, the door opened with a creak and Madame Butterfly said, "Entrez-vous!" The old lady was odd, in a careworn dress, sporting a hat of many flowers. She wore too much rouge and her eyebrows were penciled on. Tim's brow corrugated as he frowned. Then he thought, "You're only young and fancy free for a brief moment on this mortal coil..." He turned to Amy. She nodded an eager ascent. Entrez-vous they did.

There were only a couple of barflies, the regulars, slouched over their drinks when Artie strolled into Dan Riley's that eventide, trumpet in hand. He saw Mickey at the upright in a far corner, waved and wandered over. Artie and Mickey played here more nights than not for the last decade or so, during the war years up to now. Once upon a time Artie nursed the notion of being the next Bix, the next Bunny. He even cut a few sides for the Regal Roost label, The Artie Kirk Quintet featuring Mae December on vocals. They were great tracks, hot jazz, Dixieland, raucous stuff, played with heart proudly on sleeve. Sales were fair, and then dropped precipitously. The timing was wrong, 78s in the dawn of the hi-fi LP. And beyond that, jazz had shifted. Now it was the toy of Ivy League kiddies. "Gray flannel jazz" is how Artie dismissed it. Or maybe it was calculus jazz, negotiating crazy time signatures? Or sci-fi jazz? The chord that invaded from some unknown galaxy? Atonality! That ain't music, pally! Gimme something I can pat my foot to! Gimme a beat and a bleat! Gimme the blues, straight, no chaser! Yeah, a few can still make a go of it, tour the festivals, cut wax, mug for the TV cameras. You've got your Dukes of Dixieland, your Al Hirt, your Turk Murphy, a couple of others. Ruby Braff. Satchmo, of course. But even Pete Fountain toils in the vineyards of cloying champagne polkas to meet the all-mighty mortgage payment. Me? A dinosaur, an almost was, marking time in a boarding house. And tonight is the night Dan Riley's Saloon, good ol' Dan Riley's, a stone's throw from the cannery and the railroad tracks, strikes out. Tomorrow we baby our hangovers. Come Monday, the wrecking ball does its dirty job.

Artie trumpeted a fanfare, heralding Mae's arrival, her chin held high, like the royalty she is. She'd packed on a few pounds since the old days, and her once lustrous blonde hair was dishwater. But that didn't stop the old gal from belting out a number that put her in spitting distance of Bessie. Yet Artie knew. "We're old hat, no place for us in this world of tail-finned tricycles and stereophonic swimming pools and air-conditioned switchblades. Today is a nightmare in 3D CinemaScope, a chromium jukebox jungle. Well, folks are arriving. Time to get the show on the road, the last waltz..." Artie took a long drag on his cig, crushed it out on the wood floor. "Ride this coach for all she's worth, Cinderella. Pumpkin's on the horizon."

It didn't take long for Natalie to catch the eye of an out-of-town businessman. After a brief discussion, they made tracks to his hotel, his fedora pulled down.

Madame Butterfly guided Mr. and Mrs. Tim Merrick along a dark and narrow hallway to a small room with just two tables, both with white cotton tablecloths. No one else was present. Seated, Tim noticed their tablecloth seemed to be freshly laundered, yet stubborn stains were discernible, even in the dim light. Oversized hand-lettered menus were presented to the young couple. The menus read: Tonight's Specials: Chocolate Ooh La La and Chocolate La La Ooh.

Amy wrinkled her brow and asked, "What's the difference between the two?"

"And whom shall have which, pray tell, good sir?"

"And might I proffer a treat," coaxed Madame Butterfly lifting the lid of a Russell Stover box. Tim and Amy each selected a nugget the color of coffee with a dash of cream, and bit into them. "Hey! This is a piece of rubber!"

"You requested a surprise, monsieur! Voila!" With that Madame Butterfly turned on her heel and scurried to the kitchen, bent with a determination.

The clock hands crept to midnight as The Artie Kirk Trio bowed to applause and Artie announced, "This is our final number. As most of youse fine people are aware, this hallowed hall closes tonight at the witching hour. Beyond our control, ladies and gents, beyond our control." He tapped his foot and nodded to Mae and Mickey as if to say, "You know the one." Mickey eased into the opening chords, roamed several bars, banged a left-hand chord with authority. Then Mae hit it, fists clenched. "Oh when the saints! Go marching in!" Her right hand seemed to slowly part a curtain. "Oh when the saints go marching in! I want to be in that number! When the saints! Go! Mar! Ching! In!" Artie belted a note. Then slurred another, translucent indigo, let it hover. Then a phrase, a pause, and he was on his way, no turning back. The battle-scarred trio slammed the hell out of that heavenly evergreen. A young couple fresh from a show and a crazy chocolate lady entered, squeezed into the packed crowd.

At the bar, Natalie bellowed, "Play that thing!" She took a long swig from a bottle of bourbon. The whiskey burned a line down to her belly and set it afire. Eyes blazing, she yelled, "Play that thing, you son of a bitch!" One hand held the bottle, another clutched a glinting purse. In the purse was a steak knife, razor keen, and cleansed of the blood. Sunday morning, a maid will scream hysterically at the sight of one Charlie McGreevy, lying face up on the hotel bed, clad in boxers, socks and garters, an undershirt, his chest a mess from multiple stabbings, his dead eyes staring at the plaster ceiling, surprise frozen on his ashen face. All part of Natalie's plan to rid the world of vermin. Before leaving the room, she'd switched on the table lamp. If nothing else, a light to guide his soul to Hades. Give the bastard that.

Artie led the band into the umpteenth chorus, the audience clapping and stomping in time, shaking the saloon to its foundation, before he brought the tune down to a quiet place, resting the last note on a cloud. Silence. Applause would've been a rude noise. Dan Riley doused the lights and said, "Okay, folks! Party's over! Thank you for your patronage. Now am-scray! Vamoose!" In the dark, the hardboiled barkeep stifled emotion, upper lip stiff. Time marches on, carries no truck for crybabies.

Monday afternoon, bloodshot eyes needled by slanting autumn sun, Artie hoofed it to the union hall, filled out a work form. The official said, "Got a spot for a trumpet man in the TV orchestra in town, mostly working on the quiz show. Starts today. Up for it?"

Cigarette in hand, Artie sighed, "If'n ya can't beat 'em. Count me in, pally. What time do I report?"

"Get there a little before five and you've got a job. Say, hear about that murder at the Madison? Friend of mine's a cop. Says they never seen nothing like it. Savage. Ain't got no clues."