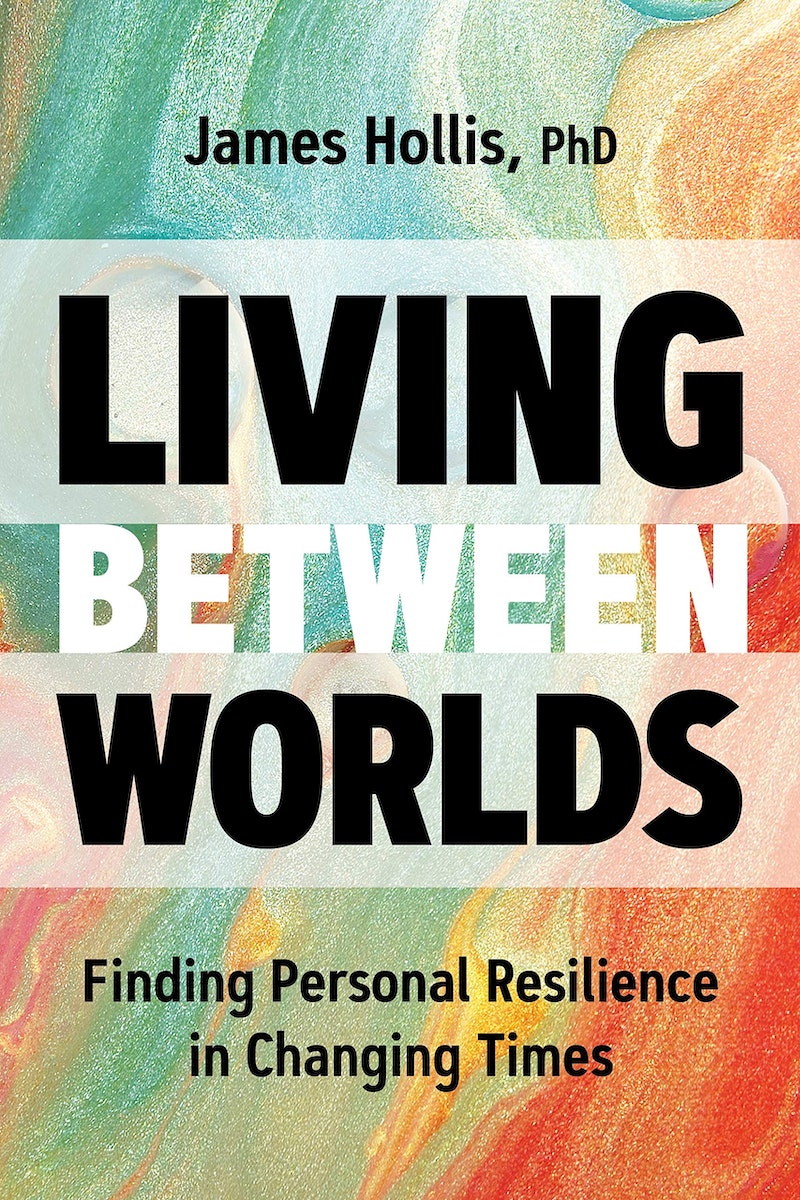 “The purpose of life is to be defeated by ever greater things.” Those words by Rainer Maria Rilke describe the philosophy of James Hollis, a psychologist and Jungian scholar. Hollis, the author of What Matters Most: Living a More Considered Life and more recently Living Between Worlds: Finding Personal Resilience in Changing Times, isn’t a self-self guru. He doesn’t offer 10 steps to emotional freedom or tips on how to be a badass at home and the office. He won’t help your sex life.

Instead, Hollis offers something far more compelling than the usual Tony Robbins power trips and other “keys to unlocking your greatness.” Hollis wants us to accept the life that fate or the gods has for us. This doesn’t mean happiness. Hollis doesn’t want us to have importance, social status or self-esteem, but meaning. This can come with a lot of suffering.

Hollis sometimes jokes about the negative reviews his work gets from people irritated that he hasn’t offered solutions. In What Matters Most he bluntly announces he “will not rehearse the usual list of what matters most, namely: friends and family, love, honor, good work, reputation.” These things matter to the ego, which Hollis calls “the executive function” and is nothing but a “thin wafer of consciousness floating on an iridescent ocean called the soul.” The powerful forces of the unconscious, or what’s known as the psyche or “the gods,” are offering a different path. We have a grander destiny or fate or mission, and we won’t be satisfied until we address it.

An example from popular culture offers a good illustration. One of the most perfect pop songs is “Solsbury Hill" by Peter Gabriel. The song was inspired by Gabriel leaving his band Genesis in the 1970s. Faced with an uncertain future, called crazy by friends for abandoning a successful band, Gabriel went to Somerset, England, where he had a powerful spiritual experience:

Climbing up on Solsbury Hill

I could see the city light

Eagle flew out of the night

He was something to observe

Came in close, I heard a voice

Had to listen, had no choice

I did not believe the information

Just had to trust imagination

Gabriel’s ego was offering a conformable future in a successful band that was on the brink of becoming huge. Yet the gods, his psyche and soul were all demanding something different. According to Hollis, when we ignore that deeper voice it manifests as depression, addiction, and nightmares or anger: “When we are off track, psyche protests. Noisy demonstrations are held in the amphitheatre of the body; streets are blocked in the brain by rebels from the cane fields; dreams are invaded by spectral disturbances; affects riot and tear down the work of years.”

There’s no better summation of Hollis’ work than this. Gabriel had to “trust imagination,” which Hollis argues is more important than reason.

Answering this call may not result in happiness, but it’ll offer meaning. Saying this honestly is what makes Hollis’ work so bracing. Hollis would understand why he was one of the first people I sought out in the fall of 2018, after becoming he target of one off the most vicious and evil political hits in recent history. I was tossed into a maelstrom of false accusations, rumors and lies involving a claim that I witnessed a sexual assault, a story that no one who was apparently involved with was able to corroborate.

Soon after the fiasco ended, Hollis was giving a series of lectures at the Jung Society of Washington. I knew that Hollis would understand what I was enduring. I’d survived, as a friend said, “the entire world projecting its shadow onto you.” According to Jung, the work of our lives is not accolades or sunny happiness, but finding our destiny while “integrating the shadow”—i.e., confronting and accepting our dark sides. If we don’t, we wind up projecting our shadow onto others. For several weeks, the media, political activists, and anyone with anger or psychological issues transposed their shadow onto me.

Still, it seemed the culmination of something I’d been preparing for. I’d gotten sober in 1990, a change that forced me to listen to my soul as well as see the evil in the world with clear eyes. I abandoned a promising freelancer position at The Washington Post because I could see the censorious, totalitarian direction that the media and its liberal cheerleaders were going in. Better to live freely and die poor.

By the time the enemy arrived at Helm’s Deep in 2018, I’d no illusions of what I was up against, or what was about to happen. It was to be a Maoist-style mauling. Faced with extortion, career ruin, a shame storm and the threat that my lifelong friends would be destroyed if didn't lie, I answered with the words Aragorn offered as the orcs approached and he was told his people were about to get wiped out: I will stay and die as one of them.

In Living Between Worlds, Hollis writes about the ”whiskey priest,” a character in Graham Greene’s novel The Power and the Glory. The whiskey priest is a drunk who evades his responsibility, but at the end of the book and at a critical moment he violates the law to cross a border and give a condemned man the last rites. Hollis: “Yet in that choice, Greene suggests, the priest rose above the dilemma to serve what the soul called him to do and, in that hour, perhaps redeemed a venal life of evasive dissolution.”