Notes From a Mental Institution

How I came to be sectioned in Scotland is a story that would take a book to explain. 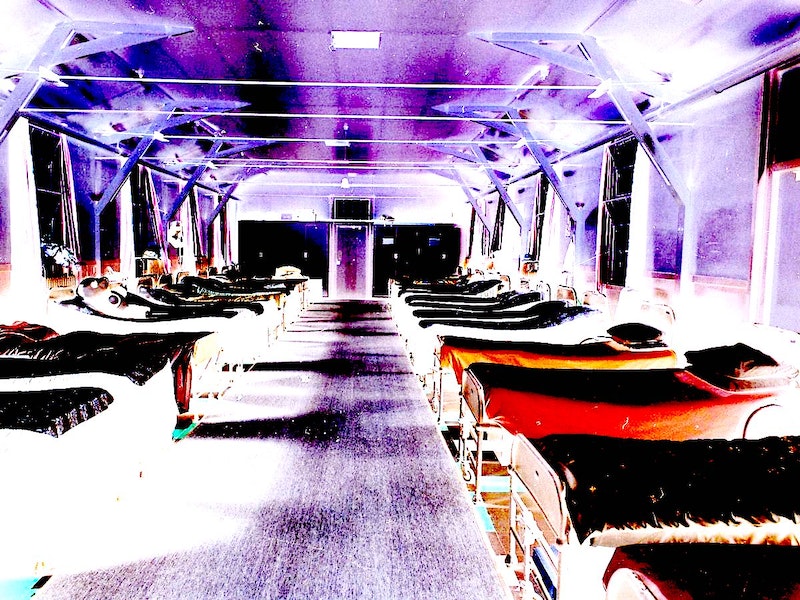 I’m sitting in the corridor opposite the Clinic Room. On the windows are half-hearted transfers of candy sticks, snowmen, reindeer and eerie looking signs: Merry Christmas, We Love the NHS, A Safe Ward is a Happy Ward.

Last night I watched Rob Zombie's ludicrous remake of Halloween, instead of browsing the increasingly paranoid accounts on Twitter. There appears to be three main stories the public are obsessed with: COVID-19, Transgender Rights, and the fall of Donald Trump, now facing historic oblivion. The Twitterati can’t process reality.

I’ve been on the Acute Ward since July. Before that I spent eight agonizing months on the Secure Unit, and before that four months in the unit in Glasgow. The obsessive accounts online have no context, no experience of incarceration. How I came to be sectioned in Scotland is a story that would take a book to explain, and in the age of Woke publishing nobody is rushing to publish me. What do I expect? When staff at the publishing house (grown adults!) dealing with Jordan Peterson’s latest polemic broke down in tears over Peterson’s transphobia, and George Floyd, a career criminal became an icon for black power after dying while resisting arrest, I’m too white, too straight, too complex for literature. I’m also too white, too straight and too complex for a lawyer. Last year, my ex-girlfriend Khair and I had fled from South East London in early August 2019 (to escape the overbearing NHS outreach team) to a large apartment in Glasgow. We smoked weed, made love, talked about a shotgun wedding, getting her pregnant first. She’d never been monogamous, but tried her best to stay loyal.

“I’m a whore,” she sighed. “I know my place.” She was the only girl I’ve ever truly loved, but dating her was like being the boyfriend of a porn star. Khair walked out one morning, after telling me she wouldn’t answer my calls. After three days with no electricity, food, money or weed, I saw red and trashed the apartment. I have a history of this; back in Vauxhall in late 2017 when I first met Khair, I hurled my TV out of the window during a fight with a Somali heroin dealer to psych him out. After the flat was ruined, I left, a vague plan (and a psychotic one) to live homeless in Glasgow surviving on my benefit money. At some point in my outrage I realized that I didn’t know the area, that living homeless in Glasgow was suicide. I had no choice but to return to the flat, where Khair had returned and called the police. The van was waiting for me. I was arrested for Criminal Damage, and taken to the local police station. I was numb, so numb I didn’t complain when a PC opened my cell to tell me to get ready for court. I hadn’t been granted a lawyer, a phone call or an interview. When I arrived at court, I was designated a lawyer. I wasn’t allowed to dismiss him, and to my bemusement I was remanded to prison for the night, strip-searched, given a stab-proof vest and locked in the safety cell. I fell asleep to Larry Clark’s Bully, playing on TV on the wall.