An interview with entrepreneur Kim Goulbourne. 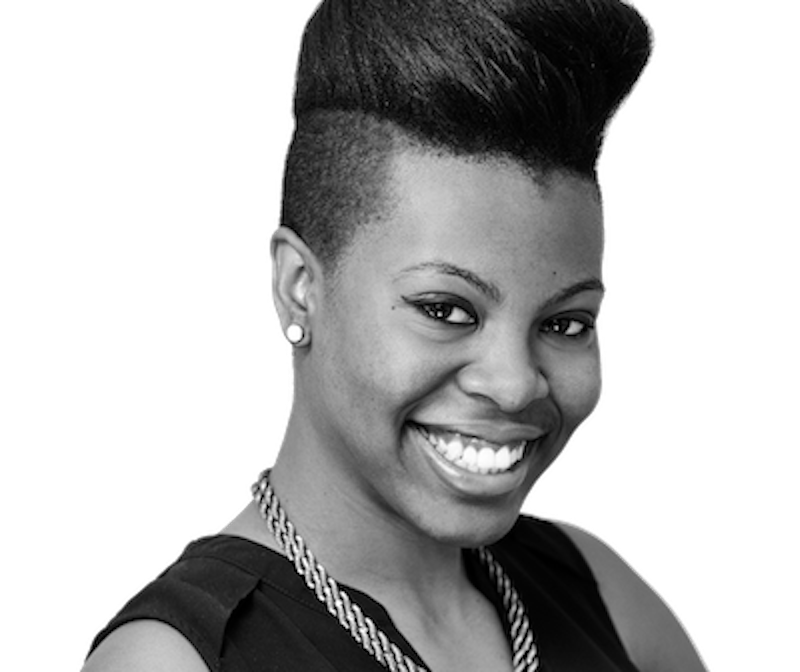 Entrepreneur Kim Goulbourne recently spoke to me about her new business You & Sundry, which bills itself as “the world’s first LGBTQ+ social parlor.”

Kim Goulbourne: My background is actually not in hospitality; it's in tech. I'm an award-winning designer and developer. I did a TEDx talk at one point because of the projects that I've created, both online and offline. And my whole shtick, basically, is whenever I have a personal problem in my life, I just need to solve that problem, despite whatever the medium is. So that's how a person in tech is now going with hospitality.

ST: Where did the idea for You & Sundry come about?

KG: It started as a barbershop pop-up. I've had short hair for a few years, and I've just never personally felt comfortable in a barbershop. At one point I had a queer female barber, who I adored, and then she left and moved. And even though the barbershop that I was going to at least said they cut male and female heads... I just didn't feel comfortable without her there.

I started doing these barbershop pop-ups to see if I was the only person that had that issue, and they were really successful. A lot of people already had barbers, but wanted to experience someone that actually catered to the LGBTQ community. So we did that throughout the course of last year. As I was thinking about the permanent space that we would have, two things came about.

One, I noticed the way that people experienced the problems... there were always some extra social elements that I didn't have to create. It was just there. And two, the business model of a barbershop isn't that profitable unless you're one of the professionals behind the chair. I really wanted to come up with a business that was not only obviously solving the needs of this community, but also profitable so it could stick around for a while. So that's how the sort of hybrid space of being half focused on wellness, and then the other half focused on social appearances, came about. The social aspect balances out the service aspect of the business.

ST: I never really considered any particular need to have a very queer and trans inclusive barber shop because in my experiences, going to both barbers and salons, it's basically all the same. I go in and say this is what I want and all that stuff.

KG: This idea started not just as me being a queer person in a barbershop, but a queer woman in a barbershop. And then along with my gender expression, there are places definitely that you can go to where you know you're not judged based on your appearance or what it is that you want, but then there are places that I had clients say that they would just look at them as if they weren't supposed to be there. But it was definitely still a gap in terms of... well, specifically as it related to the short-haired folks in this community. I feel like long-haired folks aren't as susceptible to those types of experiences, but I haven't really experienced that so I can't speak on that in particular. But that's sort of the feedback that I’ve gotten from clients and some of the experiences that I've had myself.

ST: My experience might differ as well because I not only go to salons instead of barbershops nowadays, but I'm also white and so I don't know if that makes a difference as well.

KG: So there's being queer, there's being a woman, and then there’s also being black. But what I didn't realize was with me being black, it’s more about my hair texture and actually finding a barber that knows how to deal with that hair texture. I’m trying to solve this in the parlor section as well.

ST: What kind of services does You & Sundry provide?

KG: The people will have two main areas to start. There's the parlor where we’ll offer different services for hair, face, nails, and body. It’s like a full-blown salon, but I don't want to call it a salon because a salon is typically related to the feminine side of the beauty industry, and barbershops are the masculine side. My service is just calling it the parlor; the service for hair, face, nails, short hair, long hair, color, it doesn't matter. Eventually we want to offer massages, couple’s massages, simple mani-pedis.

The other half is what we’re calling the living room. That’s the lounge aspect of our space. We want to create a space that isn’t just another gay bar, and wasn’t alcohol-driven. We want our lounge to be a multi-faceted space where in the daytime you can come grab a coffee, work, chill, hang out. In the nighttime maybe we will have a few different events, but because it doesn't have that rowdy environment, you feel like you have more options in how to utilize that space. Eventually if we expand, we want to offer things like a full fitness center with a full court and space.

ST: When does it officially launch?