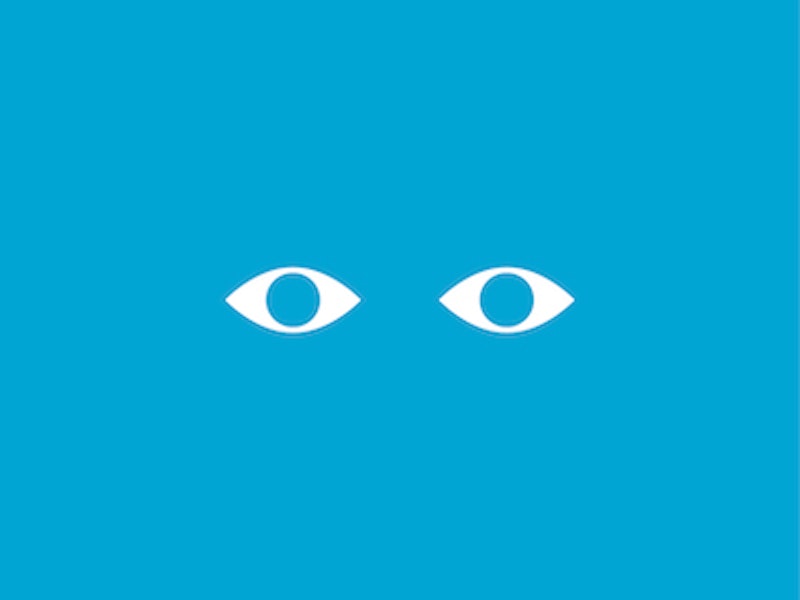 "Tunes?" Not waiting for an answer she flicked the radio knob, tuned in DJ chatter and a string of songs cresting the Top 40. The Mulsanne Blue Camaro backed out of the driveway, onto a quiet and leafy street of the New England college town, the neighborhood a mix of houses, mostly owned, a few rented. The rented went to younger faculty and the occasional well-heeled student. From a Texas oil family, Gabby fit the latter bill. Sitting next to her, Nick fumed. He knew he was losing her.

It'd been a long drive from Bryan, Texas, to Providence, Rhode Island, this autumn of 1971. And Nick's '55 Chevy had broken down two days ago, shortly after his arrival. The engine block was cracked, not worth replacing. The car was scrap. Fifty bucks.

In a lonely motel room in rural western Pennsylvania, he'd phoned Gabby, to hear her voice. Above party noise, she'd sounded distracted, talking to and laughing with revelers, as he sat on the edge of the bed in that dismal gloom, straining to hear her, to talk to her, to make some sort of contact, however tentative. After hanging up, he continued to sit, lit a cigarette, the last of the pack of Salems. He knew the jig was up, it hit him in the gut. He crumpled the pack and tossed it against the far wall, bouncing it into the wastebasket before heading to the lobby's cigarette machine. His fists were clenched, and he walked with a limp, the result of a mishap when he was 10.

It was an endless drive across Pennsylvania, the entire drive was endless, but Pennsylvania was the worst. A certain dread, a numbness that rose and fell in degree, was ever present. He could read the handwriting on the wall. Or rather, he couldn't help but notice that, outside of a quickly scribbled postcard announcing her arrival, Gabby hadn't written him in the month since she'd split. On a long stretch of Quaker State highway at five in the morning, Nick popped in an eight-track of Who's Next, cranked up the volume, and drove pedal to the metal. The speedometer needle passed 95, then 100...

Approaching 120, the dotted road lines a blur, he knew if a tire blew he was dead, but he didn't really mind.

The world was Gabby's oyster, she knew that, assumed it, in the way only the young and beautiful and wealthy and female and blonde can. On the highway, she shook her long curly locks and said, "Cat gotcher tongue, boy?" Nick looked at her side-eye and said, "No." Then he stared out his window.

"Coulda fooled me, boy!" Her eyes were a heavenly blue, like her car. That was why she picked this particular Camaro. That and the four-on-the-floor. With a bare foot, she stepped on the gas, gave it the gun, zipping past laggards: a geezer in a gray Rambler sedan, a family in a station wagon, even a punk in a green Duster. “Riders on the Storm” came on and Gabby turned the volume up, bounced in her seat a bit. Back at the house, an hour earlier, Nick had cleaned a nickel bag of righteous weed, using an opened gatefold to separate seeds and stems, rolled a couple of joints. He lit one as the Camaro cruised into the small seaside town. He took a deep toke and handed the dope to Gabby. She let it rest on her lower lip, driving with a wrist resting atop the steering wheel, her other hand in her lap as they motored past small shops, a hardware store, a Methodist church. Nick was about to say, "Hey! Quit bogarting that joint," when he spotted the black-and-white idling on a side street. Instead he said, "Cop!"

Gabby coasted past the lawman, smiled and waved to him, and muttered to Nick, "Such a 'fraidy cat, boy. Such a chicken..." The rebuke stinging like a sharp slap to his face, he shot back, "I was just trying to warn you, dammit! I've already been busted once! Ain't no fun! Don't wanna go through that a second time!" Nick sat there, stewing. On one hand, he'd long placed her on a pedestal. On the other, lately, he'd love to shove her into the gutter. What he was itching to do, at the moment, was to punch her, just once, but good and hard, smack dab in the kisser.

"Oh, screw. Fortune favors the brave," she replied while parallel parking the muscle car up to the curb with ease. Hopping out, she said, "Hungry. Let's eat." She strode into Otto's Café. Nick limped behind her, scowling, steaming. What had happened to his hometown sweetheart? Wasn't she his best friend? Hadn't they talked, seriously, of marriage? Of children? They weren't formally engaged, didn't have to be. It was understood.

It wasn't bad her freshman year, at Colorado State. Nick'd been able to visit every few weeks. That February he'd been out of work, so he lived in the dorm with her. They took up skiing. Bum leg aside, Nick did okay on the slopes. Life was hunky-dory, same as ever, just the scenery was different. But the move to Rhode Island was something else altogether. The distance he felt was more than geographic. What's a fellow to do when his entire world turns on him?

Otto stopped Gabby with, "Sorry, miss! No shoes, no service!"

Focused on her legs, Otto missed the bat of baby blues. From the illicit feet slowly up to the crotch of her denim cut-offs was a stretch of USDA Prime long enough to allow for a drag race. Otto scratched the back of his balding head and sheepishly offered, "Well, oh-key. Just this once! Next time, shoes of some sort." With raised eyebrows and an apologetic tone, he tendered, "Flip-flops will do!"

His eyes were on Gabby's delta. Her cut-offs left little to the imagination; in fact, encouraged the imagination to run wild, to frolic in fields of clover and daisies, honeybees a-buzzin'. Turning to find his wife, the cashier, glaring, Otto said, "Heh, heh," sweat beads sprouting on his forehead.

Nestled into a booth in the back, Gabby faced the front, Nick the restrooms. Flipping through the choices on the table jukebox, Gabby pondered, beetled-browed.

"It's that guy, Doug, isn't it?" After a week in Providence, Nick had almost managed to put two and two together, had come up with 3.9 and rising. Gabby dropped a quarter into the machine and casually selected three numbers. The first was “Something in the Air.” "Remember this one? It was our song senior year. Remember getting really wasted on Sandoz and Boone's Farm and reds and listening to the album with Butchie and Debs? On the ranch? Man, those clouds, boy! I was up in 'em!"

"And the question was... whut? Oh! Wait! The ricky-ticky piano part! Shh!" Staring at the Formica tabletop, her hands folded in her lap, Gabby shook her head, listening, laughing to herself, some private joke, it seemed. All of a sudden she was four years old, lost in a fairytale of her own design. Nick was about to screech, "Doug!" But the waitress, a teen, suddenly hovered, pad and pencil in hand.

As the girl retreated, Nick hissed, "You know, I am not a baby! I am perfectly capable of placing an order for myself!"

"Been so quiet, boy, thunk maybe you forgot how to talk." Then she waved to someone. Nick looked over his shoulder and saw Doug, hands a-pocket, a Nikon around his neck, sauntering over. Silently Nick cursed and ground his molars. "Doug," said Gabby, scooting across the cool and smooth vinyl, toward the wall. "Sit down with us, right next to me, mister!" She patted the proffered spot. "Got the seat warmed for ya, Mister Doug!"

She calls him mister; she calls me boy!

Doug flopped onto the seat, smiled lazily at Gabby, ignored Nick for too long before acknowledging him with a nod. Smirking like Oswald, Doug took his Nikon in hand and took three shots of glowering Nick, then a few of glowing Gabby. Gabby loved having her picture taken, struck a several poses, one or two comical, a few kittenish a la Ann-Margret.

Settling in, Doug's eyes were on Gabby, traveling from her breasts up to her eyes. He smiled a too-knowing grin, and scratched his beard under a raised chin. Accidentally on purpose, Nick kicked Doug beneath the table, right in the shin, and stepped on his foot.

"Boyfriend's playing footsie with me. Kicked me. And such."

"Nick, y'know? Mebbe time for you to go home, back to Bryan. Why doncha hitch back to the house and pack your duffel bag? If you need Greyhound fare, take some bread from the kitty. You don't hafta pay me back. Consider it a parting gift, boy."

Seeing red, Nick jumped up. He hauled back to slug Doug, but his elbow slammed in the face of the incoming waitress, sending Wendy and their order crashing to the linoleum. Sitting on the floor, Wendy held her bleeding nose with both hands and cried out, "Ow! Why'd ya hit me?" Just then the cop stepped into Otto’s. "Hey! What's going on! Who decked my little sis!"

"He did," said Gabby, pointing at Nick. "He's a maniac! High on dope! Stop him before he kills someone!"

Sid took his baton and smacked Nick on the side of his head, three times, rapid fire. "No one, and I mean no one, hits my little sis, least of all some Manson-hippie maggot!" He grabbed the dazed and bleeding Nick by a wrist and dragged him out, Nick's boot heels scraping along the floor.

A few diners stood to applaud.

"Yay bo', Sid! I knowed that beady-eyed bastid was no good as soon as they walked in! That gal looked skeered of him! I think she was a hostage! Or something!"

Nick and Gabby met when they were 10, fifth-grade classmates at the new school. One sunny Saturday in October Nick rode his hand-me-down bike, a balloon-tired one-speed, all the way from town to her family's ranch, unannounced. He knew he should've phoned ahead, knew he was taking a chance. But he froze each time he attempted to dial, especially with his mother always futzing about. Better to just ride the miles, to take a gamble.

The two rode their bikes—Gabby's a metallic-red English three-speed complete with a speedometer—along a dirt driveway to the back 40. They stood atop the hay barn's roof under an infinite cloudless sky. She goaded him, "Bet you're too chicken to jump, boy." Her eyes were so blue, the cobra's eyes were so blue.