The Woman I Love and Our Quiet Afternoon

You'll be amazed by this story's immense anti-climax. 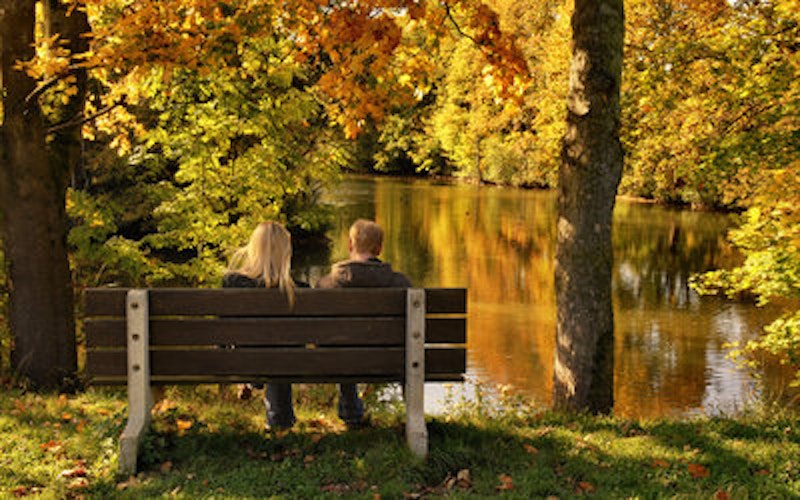 I'm a hermit. I don't mean that in a cute way, as when somebody who's kind of fat says he's obese. I'm alone and always have been, and vast parts of life mean nothing to me; I've never experienced them. The people I know are just people who have been dumped on me by circumstance; in most cases I wait for them to go away. In the old days, when I had a job at the office, I'd go to work in the morning and then go back home and resume being a hermit. Now I don't have a job at an office and I am a hermit full-time. It's a dull life.

There is one woman that I love. Her name is Marie-Eve, and she is a gentle, quiet sort of person who attracts men without trying to. I don't think she knows that she's doing it. Back when she was younger, I noticed that men didn't look her way when we walked down the street. That's unusual for girls in their 20s; most men will check out any young woman they see as long as she isn't fat. (Sorry to fat women, but that’s the pattern.) Maybe she is too small and not curvy enough. But the men who know Marie-Eve quickly become devoted to her. She has a tall, handsome boyfriend with whom she is raising a family. She took an English immersion class and a pair of tall, handsome classmates quickly became her buddies. She and I shared a chiropractor, and he fell under her spell too. “She is adorable!” he said. She is, but more than that she's admirable. To know her is to know somebody whose mind is set up right. No cruelty, no pretension, no self-seeking; a lot of kindness, humor and intelligence.

We met because she posted a note to the bulletin board of the cafe where I used to go. She was looking for a language partner, meaning an English-speaker who wanted to practice French and who was willing to switch off, speak an hour of French and then an hour of English. I decided to break up my isolation and give her a call, and we found that we got along. I was a bit let down when she mentioned a boyfriend, but what the hell. (I'll note that she didn't plant the mention of her boyfriend. She mentioned him naturally, not with the “Me and... my boyfriend... were going to the movies” technique often used by jumpy young women.) I just liked knowing her and I still do. When I was a boy I sometimes wished I had a little sister, somebody smart and kind who would listen and talk to me. Now I know her. I guess somebody who got out more might find more than one woman to love. He might find his life partner, and he might find somebody who makes him happy just by being a true friend, no romance involved. I don't get out a lot, so I have found only the second, not both. Still, that puts me way ahead of where I was.

This is difficult for people to understand. My mother has been hearing about Marie-Eve for a long while, and she used to hope that Marie-Eve would leave her fellow and take up with me. But none of us want that: not the boyfriend, not Marie-Eve and not me. Once Marie-Eve and I were sitting on the front steps of my apartment building, and the building's handyman came shuffling along. He's a drunken, ill-natured, badly-formed wreck of a man, but sometimes he isn't dumb. “You can tell she's a good person,” he told me after Marie-Eve had gone home. He explained that Marie-Eve hadn't looked away and frozen him out when he showed up, and neither had she put on a pre-fab social kind of smile. She had looked his way and waited to see what kind of person he was, and when he said hello, she was ready to say it back. To tell the truth, it seemed to me that he was making much of very little, yet he had wound up at exactly the right point. To spoil his record, the handyman then said I should make a move on her. I said she had a boyfriend, whom I had met and who had struck me as a fine fellow. “So?” the handyman said, quite typically. “You can't tell from just meeting somebody once.”

It's almost eight years now since Marie-Eve moved off to Ottawa and took a job with the federal government. The week before she left we spent an afternoon knocking around her neighborhood. It was February, one of those afternoons with a white sky, and we talked about this and that. We wound up sitting high on the steps of a local landmark, an oratoire. I heard a sound, a sort of rushing that was almost like wind. But there was no wind. “C'est quoi ce son?” I said, peering about. You can guess what that means: “What's that sound?” Then, still puzzling hard, I summed up the problem: “D'où vien?” Which means, “Where's it coming from?” Then I saw Marie-Eve's face and her grin. “C'est toi!” I said. “Tu le fais!” Which means that I had just figured out she was doing it. “Oh, mon dieu,” I said. “Oh, mon dieu.” It just made me laugh.

I miss her, and I miss feeling like somebody with a friend and (almost) a social life. We talk on the phone once a week, which is tricky because I don't understand French unless I can see the person speaking it. But I love just hearing her voice. Every month or so I think of that moment on the steps of the oratoire, and I replay the scene in my head, complete with dialogue. I think about my little sister and the way we laughed together. This is what I have instead of friends and a life. It isn't enough, but I'll never let it go.