Death of the Underground, David Brooks, and Trip Metal

Mourning what was and never will be is a waste of time. 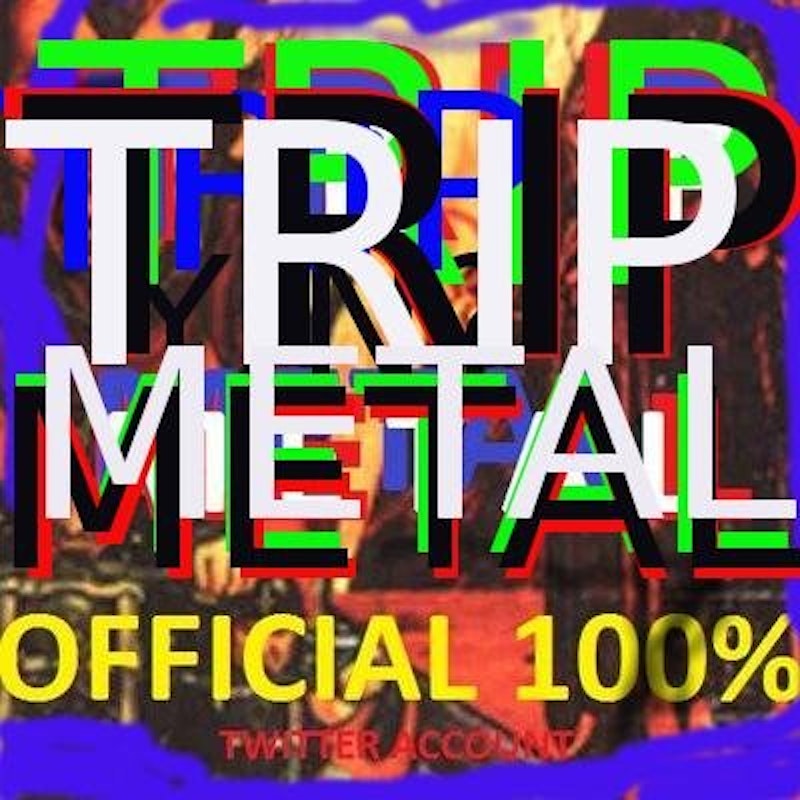 Reading David Brooks voluntarily is the sort of psychological torture that most people encounter only at Thanksgiving talking to a racist uncle, going to the airport or waiting on line for prescriptions at a pharmacy. Luckily, this hilarious photograph of him runs at the top of everything he writes, like a poison control sign. My old high school history teacher shared Brooks’ Monday op-ed “The Cop Mind,” and someone beat me to calling him a tool. There are dozens of articles on Splice Today alone that pick apart why Brooks might be the worst journalist in America. He’s so bad that I’m convinced The New York Times keeps him on because he’s a hit with hate readers and envious and incredulous journalists. He says things like, “not enough attention is being paid to the emotional and psychological challenges of being a cop.” He’s a troll but he doesn’t know it, only his bosses. An un-self-aware Ann Coulter, I mean there you go, that’s 200 words right there of nothing, responding to nothing.

It’s also pretty easy these days to pretend you’re on clickhole.com, not The New York Times. All you need to understand the essence of David Brooks is in his byline photo. Moving on: David Keenan’s year-end essay in the most recent issue of Wire is bleak and generalizes a bit but hits home: “It’s 2014 and the underground is finally dead, a corpse where every nth generation inanity has its champion, where every artist is his or her own PR machine, and where critics are no more than defanged boosters of their favourite musicians, exchanging blushing, gushing tweets in trade for favourites.”

I was just old enough to watch a final gasp of amazing and inspiring underground ethic and self-contained culture when Dan Deacon and Wham City brought 14-year-olds like me to places like the Copycat and put on Whartscape, still one of the most inspiring and fun events I’ve ever participated in. Conveniently, that wave crested in 2010 with the last Whartscape, and I’ll never forget the vague but totally suffocating feeling I had at midnight on NYE 2010-2011, in the middle of a show at 4W in the Annex, looking for my friends and failing to find them before the overflowing room erupted and I felt like I was watching TV. Smart phones obviously changed everything almost overnight. I don’t think Keenan’s take on the way our behavior has changed is unique to underground music, but it’s depressing nonetheless. I’ll admit this is a bit Brooks-like of me since it evenly fits my experience and where Baltimore music has gone since 2007 when you were just as likely to see writers from Pitchfork or Rolling Stone as Rusty at Floristree.

I’ve wasted enough time mulling over the past in lieu of embracing the immediate future, even if 2011 and 2012 felt like such fallow times that the life might never come back. The decade is halfway over and the future is here: coming to the same conclusions as Keenan but embracing the circumstances, John Olson of Wolf Eyes declared noise music dead last December, saying that “all the categories, everything has run its course. The whole solo culture of it has invented a million people playing by themselves trying to be geniuses. You're getting a million one-way conversations.”

In the same article, you see Olson beginning to talk about “trip metal,” a genre that never really was that Olson has taken and run with, creating not a new genre, not just another meme, but a conversation, since anything can be trip metal—just check out Olson’s Facebook page or the official Trip Metal Twitter, which has about two dozen posts a day each that define whatever trip metal is. It’s like the Supreme Court’s rap on porn; you know trip metal when you see it. The remains of a whale found in a cornfield in the Midwest? TM. A family portrait drawn by Olson’s daughter? TM. “When people add you in a group chat and text for hours”—not TM in the least. Olson managed to find a brand that wasn’t totally contrived and had room for interpretation while still being inexpressibly familiar. You know it when you see it. Olson’s hashing out bit by bit what is and isn’t Trip Metal with an eager audience of bored experimental musicians and music critics has created a conversation and an aesthetic that everyone contributes to and feels brand new and exciting. It wasn’t pushed on people or backed by anything other than word of mouth and bored freaks.

So there is hope—just don’t read the comments section or David Brooks.