The Wars of Bay Ridge 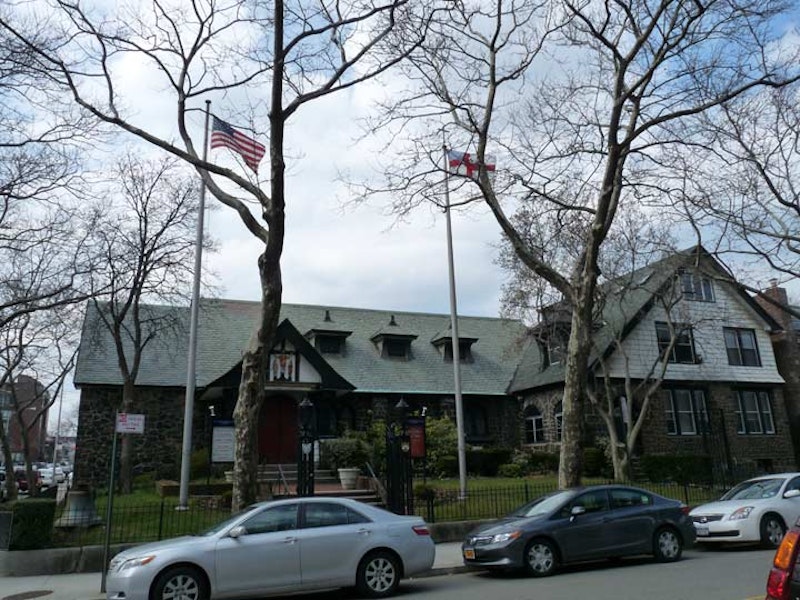 Virginians Robert E. Lee and Thomas “Stonewall” Jackson are not names you would immediately associate with Bay Ridge, Brooklyn, but the famed Confederate generals do play a minor part in neighborhood history, both at Fort Hamilton and at St. John’s Episcopal Church on 99th Street and Fort Hamilton Parkway.

Though the present structure dates to 1890, there has been a St. John’s Church on this location since 1834, when soldiers garrisoned at Fort Hamilton built the first St. John's. The nearby Roman Catholic parish, St. Patrick's, originated the same year. Fort Hamilton had been nicknamed Irishtown since 1825, when Irish escaping from British oppression started arriving here. 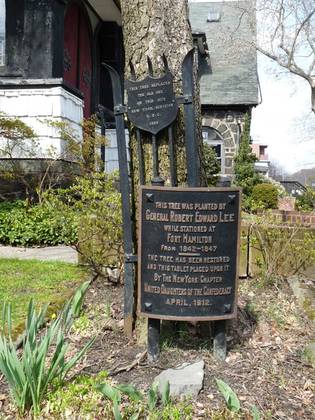 Captain Robert E. Lee was stationed at Fort Hamilton from 1841 to 1846; an engineer by training, he took charge of building fortifications. He served as vestryman at the church between 1842 and 1844. Major Stonewall Jackson was also a parishioner during his own Ft. Hamilton command between 1848 and 1850 after his stint in the Mexican War, and he was baptized in the church in 1849 (he would later join the Presbyterian Church). Jackson is rumored to have resided in a building, still standing on 99th Street, called the Dillon Mansion in the 1840s, even though it is very small. According to Jerome Hoffman in The Bay Ridge Chronicles, Jackson was known to be a great walker and carried a heavy cane. He excused himself from any social engagement promptly at 10pm. Nearby Jackson Court, an alley on 101st Street, may or may not be named in his honor.

From 1861-1863, Jackson excelled at the First and Second Battle of Bull Run (the Battles of Manassas to the Confederates), took Harpers Ferry, West Virginia, and assisted at the Battle of Antietam. At the Battle of Chancellorsville he was hit by fire from his own troops in a tragic error; his arm had to be amputated, and he later died of pneumonia at the age of 39. 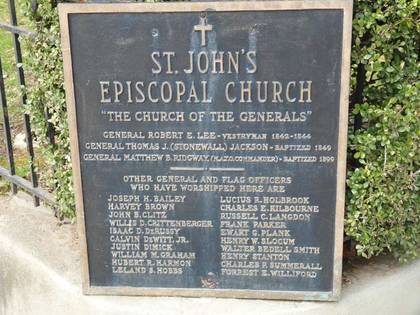 A tree planted by Lee was commemorated in 1912 with a tablet. The tree and its descendants later died, but the tablet remained with the tree until August 2017, when it was removed along with a secondary one noting a replacement tree in 1935.

There has, of course, been a recent movement on the behalf of political advocates to remove commemorations of the Civil War, including statues of its generals and representations of the Confederate flag, with its X-shaped design. Governor Cuomo went so far as to order a design change of wall tilings in parts of the Times Square subway station because their design and colors resemble the Confederate flag; one historian claims that the design honors Adolph Ochs, the noted publisher and owner of The New York Times, who had roots in Tennessee and published the Chattanooga Times before his New York Times days—decades after the Civil War ended. The Times building and offices were situated for many years above the station, which is named for the newspaper.

Thus, Bishop Lawrence Provenzano, of the Episcopal Diocese of Long Island, duly ordered the removal of the tablets commemorating Lee and Jackson after the riots in Charlottesville, Virginia that were sparked in part by an incursion of white supremacists who objected to the toppling of a statue of Lee in that city.

However, St. John’s isn’t called “The Church of the Generals” only because Lee and Jackson worshipped there. It has subsequently been visited by other ranking military officers stationed at Fort Hamilton, and this fact is noted on yet another plaque. In any case, the church itself could be in jeopardy, as the property is up for sale. 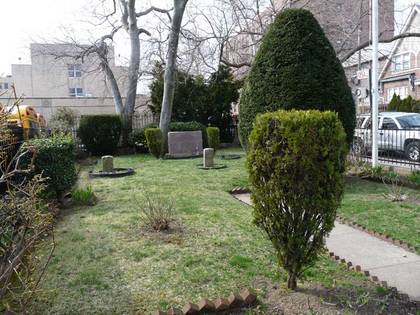 The smallest cemetery in Brooklyn, the “Revolutionary Cemetery” in Bay Ridge, at the corner of Narrows Avenue and Mackay Place, was founded in 1725 by Dutch immigrant William Harmans Barkaloo. The “revolutionary” appellation comes from a plaque erected in 1962 on the protective gate, which indicates that several Revolutionary War veterans are buried here; though some historians dismiss the claim as spurious, others say that William Barkaloo’s sons, Harmans and Jacques, fought in the Battle of Brooklyn, which raged in Bay Ridge and throughout the towns of New Utrecht and Brooklyn. The last burial took place in 1848. 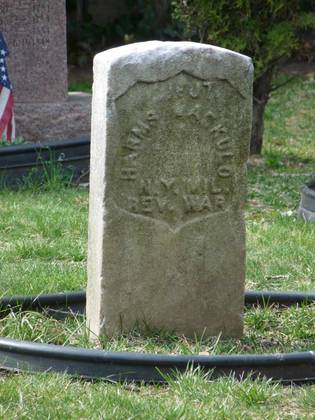 The Barkaloo Cemetery is still historic since it is the only family plot in Brooklyn not part of a larger cemetery. There are a number of them remaining in the Bronx (Ferris Cemetery) and Queens (Lawrence Cemeteries in Astoria and Bayside, and Pullis Cemetery in Glendale). The Barkaloos lived in Bay Ridge well into the 20th century.

Today, a stele celebrating the Dutch colonial family along with two remaining headstones are all that remain of this little-known corner of history in Bay Ridge. No one has found any reason to demand their removal—yet.