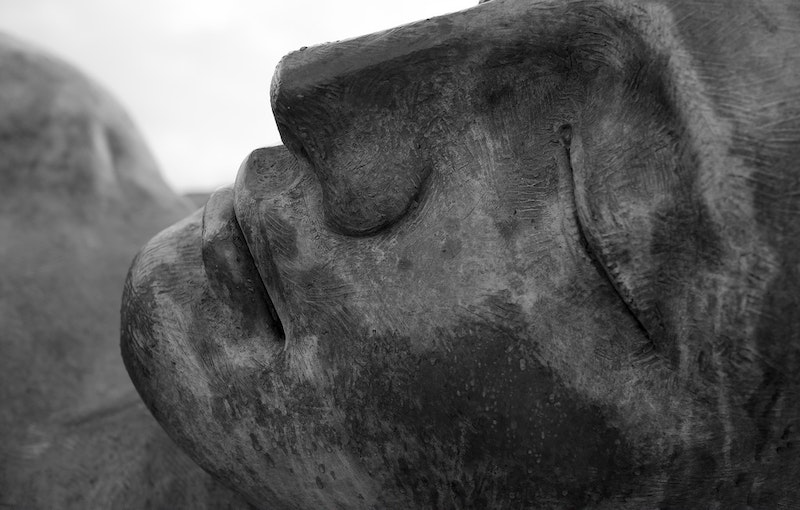 The joke at the racetrack was I couldn’t train a mouse to eat cheese,
so I was surprised when Johns Hopkins called to ask, Would I
teach a class about myth, and the history of art and poetry?

What a riot! I bit my laughter so hard I almost choked on ha-has.
Did anyone still care that chaos was the second dam of poetry,
and the mother of earth, and water? Or believe the crazy

story of Icarus—two fathers, Daedalus and Minos,
and two sons, the flying boy and the minotaur, and two prisons,
one a labyrinth, the other a tower, and the sorrowful ocean?

Perhaps I could linger over Brueghel and Auden, cleverly
chiming that lyric poetry is the poetry of the chain reaction,
or say that Rukeyser also drove a mean ambulance,

or the trouble with Doctor Williams was that his poetry
was the poetry of house calls, as if fearing commitment.
“Scorched by desire for the beautiful,” said the Gaul poet.

So many have so much to say about this lovely bird-man—
even the dark and beautiful Anne, duskily commenting
about his “wondrous tunneling into that hot eye.”

Jack Gilbert’s feathered plummeter did fly briefly.
Maybe I’d cite Gary Fincke’s Icarus who fell from the sky
and landed on the hood of a dark sedan in San Diego.

Or Wislawa’s dream of father and boy imprisoned together
in the tower, the clink of the young one’s chain, a naval armada
littering the port outside the barren badge of a window.

Or else Antoinette Brim, who fell in love with Icarus,
“I am yours in the deepest of places.” Wounded by his looking
too closely at fire. His inhaling the insane staccato stutter of flame.

No. I could do or say none of these things. Loss
and suffering are too great to chalk on a tote board.
Instead, I’d finger my pockets full of the wilted tickets

I’d lost betting on Preakness Day, gaze into the faces
lazily typing notes into cell phones or tagging each other,
all of them having something better to do, and simply sing:
Maryland My Maryland, city overlooking the harbor, towers
scraping sky, and my Baltimore, a hot eye, wings breaking-
Icarus, splash that wet the world. And Freddie Gray.