More Than a Feeling

He could hardly wait. 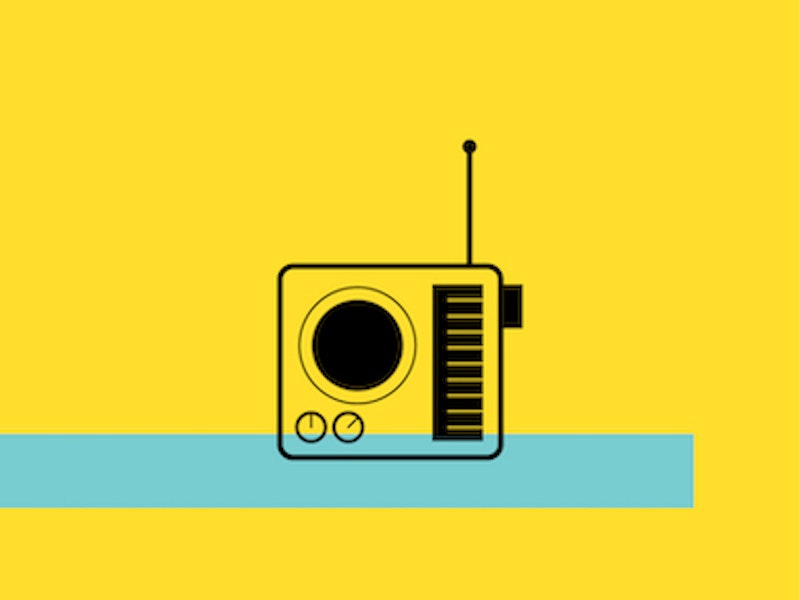 Ralph thought, "Again?" But he squeaked, "Great!" And it was pretty great, really. He gave Wendy a hug and a long kiss. She said, "Mmm..."

This would be bambino numero quatro. He wondered if this one would be a boy. Nothing whatsoever against their three bouncing girls, but a boy would be swell. Someone to teach how to toss a baseball; someone to go fishing with. He smiled as he watched Wendy walking away, into the kitchen of their deluxe trailer. Sure, it was a trailer, a bit cramped. But, gosh, these days, all the mod cons, plus Weldwood paneling. And this park was pretty dern respectable, mostly retirees. Neat as a pin, lawns mowed by the management. One other young family beside themselves, that couple being weekly bridge companions. They were very nice, although she seemed awfully young.

Anyhoo, boy or girl, it was almost certain to have eyes as green and clear as a 7-Up bottle.

In the kitchen, Wendy turned on the countertop Silvertone AM radio to a Top 40 station. "Boom boom bumpa boom! ...When I hear that song they used to play..."

Outside this sunny June morning a few snakes slithered in the grass, cottonmouths.

"Ralphie, do you have your heart set on a boy?"

"Whatever it is, is fine with me! God's will! Having said that, it would be nice to have someone to continue the family name!"

"I close my eyes and she slips uh-waa-a-a-a-a-y!" sang the Silvertone. A cottonmouth settled in under their trailer, a cool spot to nap.

It'd been a few years since Ralph and Wendy skedaddled out of southern California, laid low here and there, on the lam, before settling in Granville's outskirts. It was a two-minute walk to downtown Granville: post office, hardware store, feed and grain, gunsmith, three churches, several two-story houses, no bar, dry county. One of the three churches was the one officiated by yours truly, Reverend Ralph Rockwell, a non-denominational Bible church. It hit that sweet spot between the Episcopalian snobs and the aging Baptists, filled a void. It skewed to a younger congregation, fewer neckties, more bell-bottoms, hymns tended to favor major-seventh chords.

A knock-knock on their screen door. "Hiya!" It was the young neighbor wife, Tracy. "C'mon in, girl!"

"More than a feeling when I hear that song..."

"Me too, girl! There's just... something about it," said Wendy, punching the air, double fists, a wiggle of hips. Tracy, in shorts, laughed, leaned back, mimed a guitar solo, bit her lower lip. The cottonmouth below dreamed a serpent's dream.

Ralph chuckled. He loved seeing the gals together; they were such good pals. And they traded babysitting chores. Tracy and Nick had three kids, as well.

Ralph was a few steps from a picnic table. It'll be good to prepare Sunday's sermon in the fresh air and Florida sunshine.

He waved to Mrs. McGraw weeding her rose garden. She waved back. Mary McGraw loved young families in the park, loved having kids around. It put a little kick into this sleepy community. They were such good families! And to think, a minister!

At the table, Ralph glanced at his wedding band, gold glinting in the sun. He sighed. Most people probably wouldn't consider their marriage ceremony legitimate. He'd performed it himself. There was no record of it, religious or legal. And most people probably wouldn't consider his ministry legitimate. He'd just, sort of, declared himself a minister. It was complicated. But his heart was in the right place, of this he was certain. And that's what really counts, the heart. It's like the saying, "The heart of the matter." In fact, he'd based a Sunday sermon on just that.

He looked down at the table's wood top, shook his head, as if clearing out cobwebs or a bad dream. "Sheesh. Life and its complications... Say, that could be a good theme for Sunday!"

He doodled the Papermate on the yellow legal pad, meditated on the pen’s double-heart icon on its clip, and thought back, back to when he and Wendy were on the run. Those were some days! Some sleepless nights! At one point, Ralph had given Wendy his official preacher pardon for the murder of her boss, Mr. Plank. So, with God they were square. As for Wendy turning herself in to the police, going to trial, et cetera, et cetera? What was the point? A waste of precious taxpayer dollars. The only ones who would benefit would be the lawyers. To Hades with them!

Wendy was genuinely sorry for her sin, although she’d stress the point of how, in God's mysterious way, it'd all worked out for the good. They'd gone forth and multiplied. Hard to argue with that when looking at their little girls, all sweetness and innocence and light and green eyes a-beaming. Hey, what's done is done, no turnin' back the clock. And the papers said Plank had no family. Let it rest. On the pad he wrote, "Life and its complications." He made a mental note to look up the definition of complication. He liked to commence a sermon thusly: give 'em a word, let that settle in. Then the dictionary definition of said word, let that settle in. Extrapolate from there, even take it to left field, then bring it home, ending on an uplifting note. He looked at his Timex. Just after 10:30. His stomach grumbled a formal protest, but it was a ways to lunch. Maybe he'd get in the car, slip away to Westland? They have a new McDonald's, and while in Westland he could stop in Pelton's Stationary, pick up a few odds and ends.

Ralph sat in a booth, staring out the plate glass window, ate his little pre-lunch and studied the traffic flowing by. "It's like a river," he thought. "A river of... humanity." Then wondered if he could weave that thought into his sermon. No, better to use it for the following Sunday's theme. Good ideas should be spread out, not bunched in. Brevity is the soul of wit. Say! That could be a good theme, too. And it has the word soul in it. Home run! Out of the park!

He considered another Big Mac, but his budding belly cautioned otherwise. He could hold out until lunch.

Ralph wiped the table top of crumbs while slurping the last of his soda through the plastic straw. Thinking ahead, he knew Wendy would have tuna sandwiches on Pepperidge Farm whole wheat, sweet pickles, potato sticks, pink lemonade, a McIntosh red for dessert. He could hardly wait.