The Unlived Life Isn't Worth Examining

But here we go. 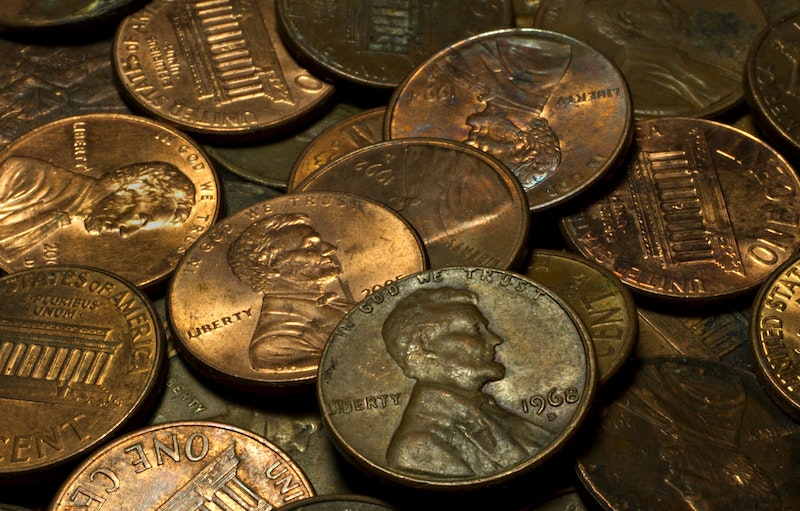 When young I read a book called 1587, A Year of No Significance. A subtitle spelled out that the book was about the Ming dynasty in decline. The thrust was that in 1587 absolutely nothing remarkable happened in China, nothing except that you could see how and why an empire was stagnating. So let us consider my life.

Decades ago, loitering at home on a long Sunday afternoon, I stacked pennies. I didn’t even have rolls to put them in. It’s possible that I had never heard of penny rolls; I didn't know enough people or have enough experience of the world to be sure of getting that sort of nuts-and-bolts info. Let me note that I was 28 or 29. There are men who have families by the time they're 28 or 29.

At any rate the pennies had grown into an orange heap on my end table, and I thought I might as well get the heap into some kind of shape. Why? Because I have a scary lack of appetite for challenge and variety, and yet I want to feel like I’m doing something. One result is that I fill in time with odd, repetitive tasks that require care and that show you right off if you’re doing things the way you should.

After I was done... well, I’m not sure. The pennies couldn’t remain stacked up, not on that end table; that’s where I kept my keys and pens and other things that went in and out of my pockets—money, for example.

I have a terrible feeling that I removed everything from the end table except the pennies, then let the stacks topple over onto the plastic table mat that served as the bottom layer to the table’s collection of objects. Carefully I carried the pennies and table mat (it had a map of the United States) to my book case and a spot I had cleared there on one of the shelves. Then I picked up all the non-penny objects and moved them from my bed back onto my end table.

Parked on the shelf, my pennies were a problem that had been solved. They no longer got in the way and spilled on the floor when I was dealing with what had to go in my pockets. The solution was temporary, of course. Pennies couldn’t sit around on a book shelf forever. But I had taken the steps necessary to bring immediate order to my environment. I could congratulate myself on that much. It's thoughts like this that make me want to take something and break my collarbone.

But maybe I didn’t carry the pennies to my bookcase. There is a chance that I had seen penny rolls at the local Woolworths and persuaded myself to go and buy some now that they were needed. On the other hand, I might have carried the pennies to the bookcase. If I did it’s certain that I felt proud or else that I had to fight a feeling of pride and pretend it was a joke.

To round matters off, some background: I had nothing else to do, nowhere to go, nobody to talk to until I sat in the office again Monday morning, where I would try to make conversation with people who made me nervous and who probably suspected that I spent my weekends alone.

About 1587. I read it while sitting on various sunny hillsides attached to the campus of Bennington College. I understood maybe two sentences in the whole book. But I slogged on to the end. I didn’t know a thing about Chinese history. I just figured the topic would be good for me because I wanted to feel smart.

There was nobody around. It was midsummer with no classes, and the town was far away. I wasn’t even a student at Bennington. I had graduated from college, a different college, a little while back. Now I had a job in New York and it was time for my first vacation as an adult. And there I was. That was the vacation I had fixed up. It didn’t even strike me as strange. A disappointment, yes. But being disappointed wasn’t strange, and neither was being bored or being alone. Taking deliberate steps to avoid being bored (choosing a vacation spot, selecting and packing desired reading matter, taking the long bus ride to get where I was going) and then winding up alone under a hot sun with a book I didn’t understand—that wasn't strange either.

It was a dull five days. The one thing I got from the vacation was courtesy of the book, and it was this: You can suffocate because of choices you didn’t know you made. But as it turns out that’s a useful idea.