The Better You Look, The More You See

Making a case for Bret Easton Ellis as a master of American fiction. 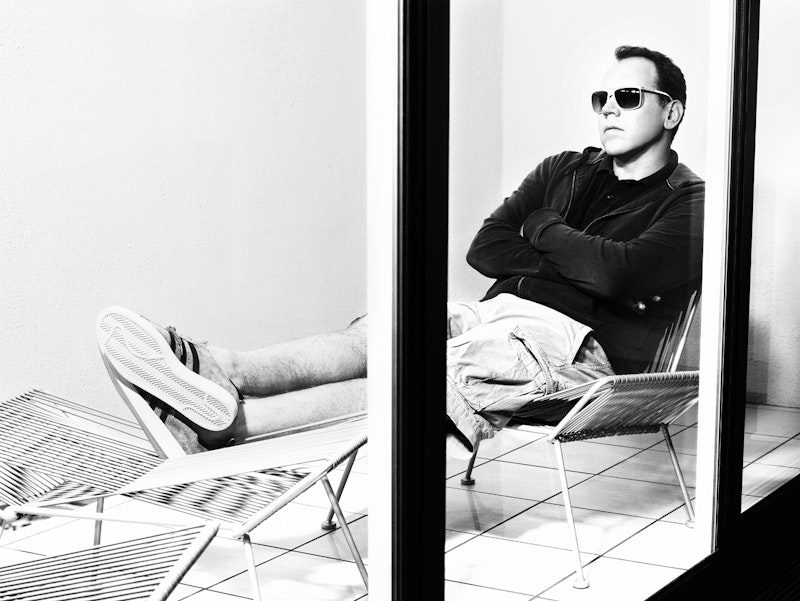 This July, Bret Easton Ellis will begin shooting his next film project, The Canyons, a Paul Schrader-directed indie flick about youth, glamour, sex, and L.A. It’s Bret Easton Ellis, so what else would it be about? Originally meant for television, the story—which will be full of trust funds and three-ways—follows two men and two women who need “to act and be full frontal naked banging girls and guys realistically." So far so good! The biggest feature of the film, as far as I can tell, is how adamant Ellis is about casting heartthrob and porn superstar James Deen in a lead role, a smart move since it virtually guarantees that James Deen’s fans as well as B.E.E.’s own posse will see the flick. But at least one thing’s for sure: should the movie enjoy any mainstream success, it will certainly make fantasizing about the lead character much easier, especially when you will already know how big everything is!

B.E.E. is probably my favorite American fiction writer, which might make you Jonathan Franzen-reading literary purists in the room squeal. I’m very ADHD, so I don’t have the patience to wade through stuff that’s extra literary; the kind of writing that takes itself way too seriously. I took this creative writing seminar at The New School last semester, my first one, and I was amazed by how many students in the room were trying to make literature with a capital “L” and a British accent, rather than trying to invent something new or at least approach an old style in a new way.

I was re-reading B.E.E.’s The Informers the other day and I was so struck by the powerful beauty and simplicity of the language that I had to put the book down every few sentences, just long enough to let what I was reading hit me. I love the meticulous way his novels philosophize the meaning and value of surfaces of all kinds, even at the level of the paragraph, the sentence, and the word. It’s hard to read a Bret Easton Ellis novel and not question everything around you at the end. Everything is a mirage and nothing is real: clothes, business cards, products, suits, Ivy League degrees, and finally people are never what they seem.

But perhaps my favorite thing about a B.E.E. novel is the rhythm. Dude flows like Jay-Z. Dude’s narrative strategy draws on literary tools I would trace as far back as Balzac and the 19th century French realist novel, a style that is simultaneously full and empty, exaggerated and sparse. Dude has a style that pummels forward and which reveals a lot about the experience of living in the modern world.

I think Bret Easton Ellis is cast-off by literary circles as something of a pop author, not a “real writer,” because of the fact that he writes primarily about surfaces and sex. But isn’t the whole human experience rooted in these two things? Is not the surface already a philosophically charged space?

Below are some of the best mind-bending lines from a couple B.E.E. novels. Read them and see if you don’t begin to question everything.

“The better you look, the more you see.” Glamorama

“Being rich is cool.” The Informers

“There is an idea of a Patrick Bateman, some kind of abstraction, but there is no real me, only an entity, something illusory, and though I can hide my cold gaze and you can shake my hand and feel flesh gripping yours and maybe you can even sense our lifestyles are probably comparable: I simply am not there.” American Psycho

“You can’t get in even if you’re on the guest list.” Glamorama

“And then finally her young perfect body is naked and she looks up into eyes that cloud over completely, black and bottomless, and she reaches up, weeping with disbelief, and touches my face and I smile and touch her smooth, hairless pussy and she says, “Just don’t give me a hickey,” and then I scream and jump on her and rip her throat out and then I fuck her and then I play with her blood and after that basically everything is okay.” The Informers

“You’re tan but you don’t look happy.” The Informers

“I have never met Lauren but I know what kind of girl Robert is attracted to and I can picture what she must look like clearly in my mind and then I’m thinking of the girls who are attracted to Robert, beautiful and pretending to ignore the fact that Robert, at twenty-two, is worth about three hundred million dollars.” The Informers.

“I have to return some videotapes.” American Psycho

“People are afraid to merge on freeways in Los Angeles.” Less Than Zero

“All it comes down to is this: I feel like shit but look great.” American Psycho