A Linear Mode of Existence

History is the history of your own life within a context. 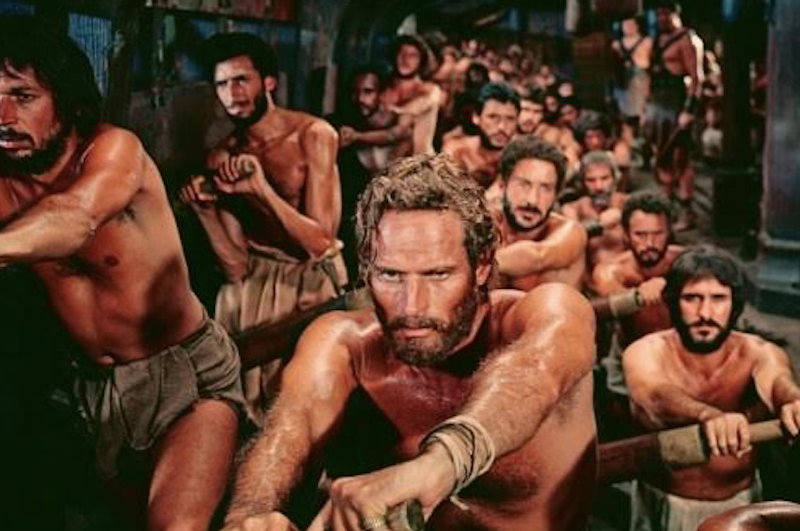 We’re currently told that we lived according to a set of ideas which have concluded. It's time for a change. Usually, we think of change coming as a result of natural processes. The light bulb was invented, it was useful, so it stuck. It's strange to feel that the new set of ideas has been planned out for us, for our own good.

The question of what will replace the old ideas is what’s producing the feeling of hopelessness and fear. It’s also what’s fueling the rabid need for people to believe what are in many cases, outright lies. Why all the deceit? Why not just put these new ideas “out there” and let the market—the people—decide?

What is the “new normal”? The “new normal” as far as I can tell is the rise of a managerial class. At first glance this may not seem so bad because the idea is that they’ll run things efficiently. The problem with managers is that they are essentially inhuman in their judgments because what counts is productivity, not existence; it always gets down to the bottom line. A hidden problem with managers is that they usually have an inflated idea of themselves because they’ve risen to high positions in a certain structure and, though often intelligent in that they’re capable of highly-concentrated work, they’re often devoid of any creativity. Why do they say that “in the future you will own nothing and be happy”? Because the flow chart tells them so.

If this is correct and the New Normal is the rise of the managerial class, why has this come about? My gut feeling is that we’re simply caught up in linear history and that it’s essentially unnatural and destructive. Marxists say that our form of history, one that requires constant growth, is a result of the need for capitalist markets to ever-renew themselves and expand. This is reasonable as an explanation. A business either grows or it fails. But we’re caught up in this linear mode of existence, and I don’t think we like it. We’re goaded on like cattle. Almost everyone I’ve ever met is nostalgic for the past, a past they know they’ll never see again. “Things used to be better." Meaning, “in the non-linear past of my memory, there is an ever-recurring reality which is better than the present soon-to-change-unreality which leads only to more unknowns.”

The alternative form of history would be cyclical, like the seasons, like life itself. Cyclical history has variation but it doesn’t have transformation; there’s no “before and after” like history as we know it. It’s not growth-oriented, but rather life-oriented. I doubt if within non-linear societies that nostalgia plays any role at all. They know that there will always be another spring, summer, fall and winter. I researched whether or not any of the American Indian tribes ever wrote history books; unsurprisingly, they didn’t. They didn’t need to, it would’ve been redundant. I looked up one of the African words for history, it’s the same as the word used for ones’ reputation. Think about that: History is the history of your own life within a context. That’s sane and fully human. We’re caught up in a mode of existence which we know, deep down, is false. Linear history doesn't accept the idea of cyclical history—thus the systematic destruction of all tribal peoples throughout the ages. The idea of non-progress oriented peoples is unacceptable to the linear mode of thought of being. So, we wiped them out using theories like “manifest destiny,” turned them into slaves, etc.

Stop “waiting for something to happen” and just exist, may be the solution for the world's ills. People realize that they have a choice, that they’re free; not just free in the sense that the law says they are, but free in the transcendental sense to conceptualize other modes of the historical time experience. Maybe it gets down to the slogan “Just Say No” on a metaphysical scale. We need to visualize what a progressive society could be which isn’t driven by greed.