The Story Surgeon: The Patient Died

New app is the literary equivalent of a botched facelift. 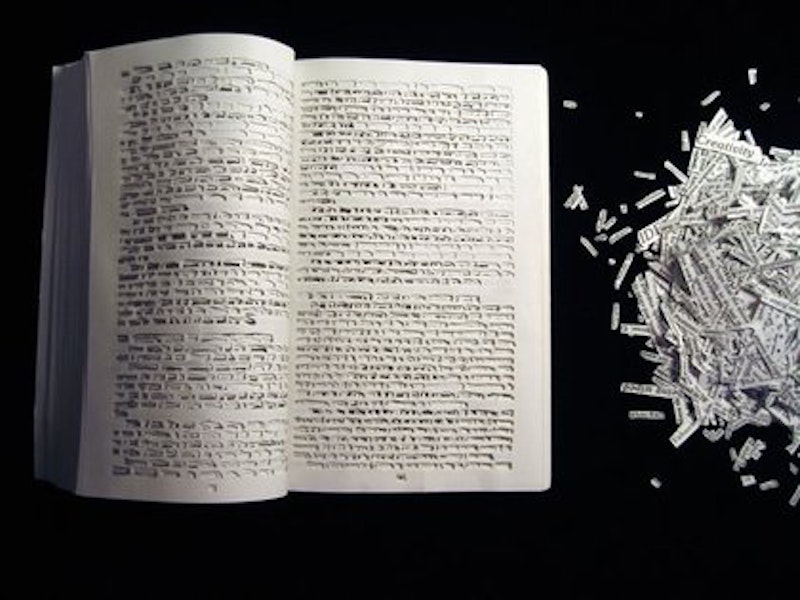 I have an infatuation with certain four-letter words: they express exactly what I’m feeling at that moment. I don’t use them all of the time, but I appreciate their strength.

The Story Surgeon wants to remove those words from books that are published in the digital world. The man wielding the scalpel is Ryan Hancock. He’s putting his fledgling career as a writer of Young Adult fiction on hold to concentrate on making the sentences of this world a safer place.

Ryan started a Kickstarter campaign to raise money for “Story Surgeon - The App for Fixing Someone Else's Book.” The program will be a “tool to substitute bad words, cut out whole portions of the book you thought were lame, or completely rewrite the novel with you as the main character.”

You can also share your vandalized creation with other people. Ryan’s app will be the literary equivalent of a botched facelift. The patient may appear revitalized, but the character will be lost. Ryan claims that authors will appreciate this app because they will sell more copies to the people who wouldn’t read the book as it was written.

Another one of Ryan’s selling points is that Story Surgeon is the perfect tool for writing “fan fiction on steroids.” I’m not a fan. If you didn’t write Twilight, then write about something you can imagine, like becoming rich and famous by transforming the vampire novels into Fifty Shades of Grey.

Ryan compares his product to some programs that fix videos to be more family friendly. When we are watching a movie or TV program and they bleep out certain words, we have a good idea what they are really saying. Those words are already in our head. He’s doing this for his four children and uses his lovely little ones in videos to promote the app. I wrote Ryan on his Facebook page and said that he was teaching his children a dangerous lesson.

I pray this way because God can see all of those four-letter words littering my neural pathways when I am stressed, so there is no point in pretending. Removing or changing certain words from a video or a book has the same effect. It removes the writer’s truth and turns the revamped work into a lie.

I get paid to write and some of my writing includes words that Ryan believes are “bad.” I guess that makes me a word whore. I wrote a book of short stories that was first published as a trade paperbook and is now an e-book. There are descriptions of sex acts and people who think “bad” thoughts and use profanity. In one story, a woman doesn’t want to have oral sex with her boyfriend because he is a meat eater and she is a vegan. How could Story Surgeon fix that?

Luckily, Ryan’s app is discriminatory and it won’t work on gay or lesbian fiction or erotica, so books that have too much of what he considers the bad stuff are off limits. Ryan may read this article. He is scouring the Internet for any comments on his invention. I’ve tried to be PG, but it’s not my style, unless I am writing marketing copy or articles for a client.

With two weeks to go, Story Surgeon has $205 pledged toward a $15,000 goal. Ryan isn’t going to get the money, we all know that, but he pissed me off enough to spend time writing notes to him on Facebook when I could have been writing prose where people do what most adults do, and that includes using words to describe their feelings that Ryan and his friends consider too dangerous to read. There is a simple answer that doesn’t require a huge investment in technology—read the books that resonate with you and leave the other ones alone.