A man ahead of his time. 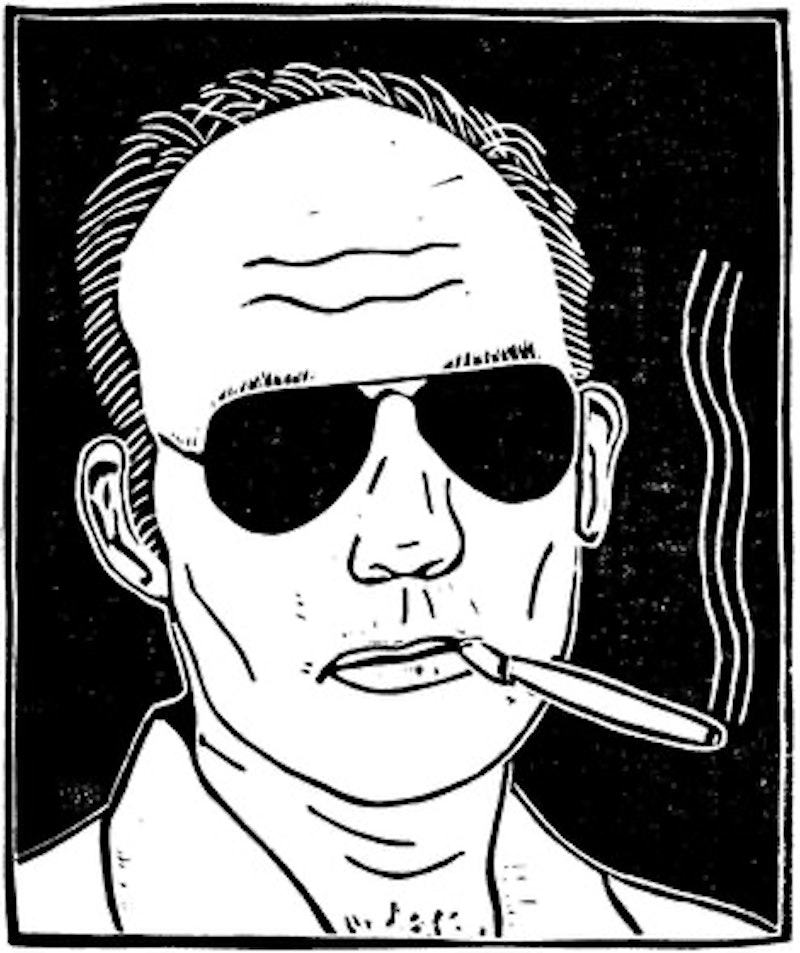 In 1970, Hunter S. Thompson declared himself a candidate for Sheriff of Pitkin County, Colorado. Running on the so-called “Freak Power” ticket, he promised the decriminalization of drugs for personal use though he vowed not to eat mescaline while on duty.

He also advocated the following:

Thompson’s opponent was a crew-cutted, ex-army Republican incumbent named Carrol Whitmire. During the campaign, Thompson shaved his head so he could refer to Whitmire as “my long-haired opponent.”

As Thompson explained in his 1970 essay “Freak Power in the Rockies,” hundreds of hippies and alternative types moved to Aspen in the late 60s. Local voter registration that favored Republicans over Democrats by a two-to-one margin suddenly saw an influx of independent voters. These included “a jangled mix of Left/Crazies and Birchers; cheap bigots, dope dealers, Nazi ski instructors and spaced off psychedelic farmers with no politics at all beyond self preservation.”

Thompson noticed low voter turnout in past elections chiefly among 18-25 year olds. He believed he could win the election provided he could get enough independents to the polls. He strived to gain support from the “freaks,” “heads” and “dropouts.” Campaign posters featured a red fist clutching a peyote button.

In a speech before the Aspen City Council, Thompson said, “It will be the general philosophy of the sheriff’s office that no drug worth taking shall be sold for money. My first act as sheriff will be to install on the sheriff’s lawn a set of stocks to punish dishonest dope dealers.”

Thompson ultimately lost the election by just over 300 votes (out of 2400). He carried the city of Aspen but won only 44 percent of the entire county. The group that ultimately turned on him was old-school liberals. They were so scared of Thompson as sheriff they sacrificed their own candidates and voted Republican. Thompson was philosophical in defeat telling The New York Times, “If we can’t win in Aspen, we can’t win anywhere.”

This past year saw the passage of Amendment 64 in Colorado legalizing the recreational use of marijuana. This was Thompson’s central campaign promise in 1970. A gonzo would-be sheriff is smiling.