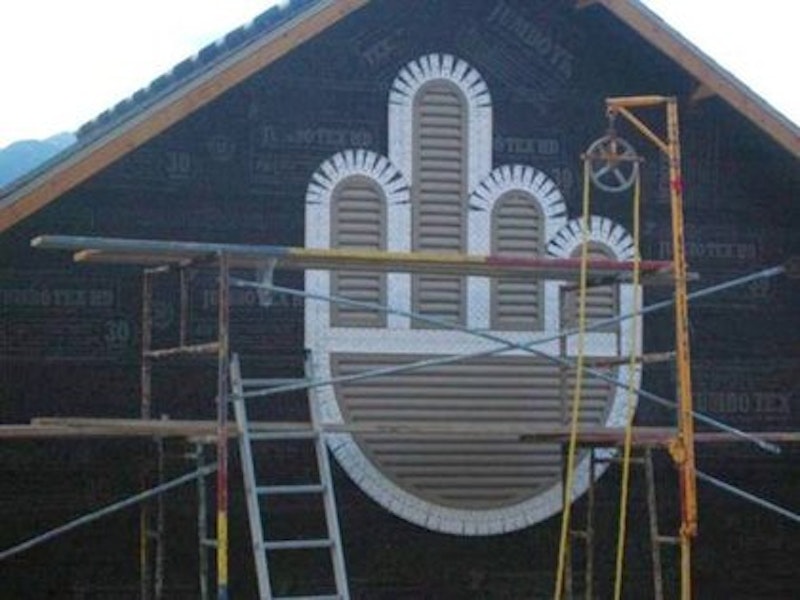 Since I'm moving this weekend, with the hope that I’ll never have to see your joyless, miserable face again, here’s a farewell note.

You are one of the nastiest people I've ever met. I don’t mean to be racist against people from a certain European country, particularly when some of my ancestors hailed from there, but let's just put it this way: we won the Revolutionary War, asshat. Stop acting like you're visiting our fucking colonies. I don't know many British people, but those I've met until this point have been absolutely lovely. You, however, have done a particularly horrible job of perpetuating unnecessary negative stereotypes with your completely condescending and nasty disposition.

From leaving your porch light off on Halloween (it was all I could do not to actually hand out eggs to local hooligans and point to your house) to treating my children rudely for no reason to completely not giving a shit about your overgrown landscaping, your ability to be crappy neighbors never ceases to amaze me. When my daughter was a Girl Scout, she was afraid to go to your house to sell cookies, and I couldn't blame her. How much of a dickhead do you have to be for innocent little kids to be afraid of you?

Your total lack of respect for town parking courtesy is another thing I won't miss about you. You have two parking spaces and three cars and my house is not your goddamn personal parking spot for that tenement on wheels you drive.

It's a testament to my husband's good nature that I haven't had more run-ins with you; I’ve been restrained from doing so a number of times. If it weren't for him, I would've punched you in the face by now, because you deserve it. I hope for whoever buys my house that you don't continue to darken the neighborhood until the day someone reports a strange odor coming from your poorly-kept domicile.

P.S. Your dogs are fucking ugly and annoying, too.