The State of Emergency

We want a plan. We need a plan. 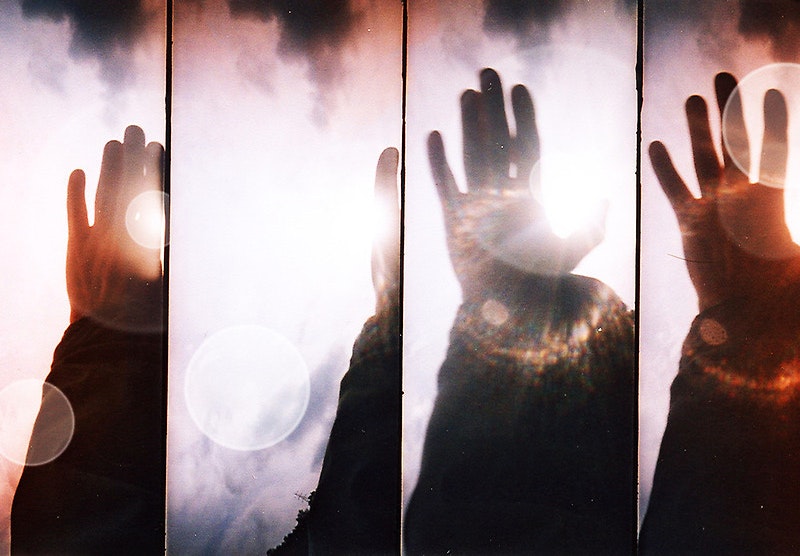 On November 10, 1982, Leonid Brezhnev died of a heart attack in Moscow and the world began to change. But on that day in San Diego, California, we were huddled under our desks. I was nine years old, in the fifth grade at Saint Didacus School, and I distinctly remember Sister Magdalene saying that any hands or feet found sticking into the aisle would be “severely punished.” We all knew what that meant.

The Sisters of Mercy wielded their yardsticks and heavy wooden pointers like black-robed alguaciles at an auto-da-fé. And because I was a fat clumsy boy, an only child who hadn't adequately learned how to lie, cheat and steal, I was often the one brought up to the front of the room and put to the question. So I kept my body directly under the Formica square of my desk as Sister Magdalene drifted up and down the rows, slapping her ruler on her palm like a plantation overseer in the Kentuck. We had to be prepared. It was our first anti-nuke emergency drill and our desks were there to save us.

I look back at that now and smile, but maybe I shouldn't. Several days ago, Hurricane Matthew hit Haiti at 145 miles-per-hour, killing hundreds of people in a single vicious swipe. Since I saw the headlines, I've been wondering whether the Haitian government has made some kind of disaster preparedness plan available to its citizens—not necessarily to prevent people from dying in a category four hurricane, but to provide the illusion that maybe they didn't have to, that maybe tragedy could have been prevented had they just done what they were told. We care about having a plan, any plan, like hoping two inches of Formica will protect us from a Voevoda ICBM fired from a submarine in the North Atlantic. Maybe sometimes we worry that a little radiation will get through.

The other day (pre-current scandal), a friend of mine posted a picture of Donald and Melania's vacant Trump Tower apartment in Manhattan: gold leaf in a Louis XIV style turned up to 11, replete with cherubs, ceiling murals, glass chandeliers, and Corinthian marble columns. Directly below the post, there was one of President Obama at a press conference, calling Hurricane Matthew “a serious storm” and adding, “If there is an evacuation order in your community, you need to take it seriously.”

Translated into everyday language, I suppose this meant: “We're in for some deep shit, people.” And the contrast between the two posts—the still, silent 24K gold apartment in the clouds vs. the President's grave intimation that the Southeastern United States was about to be leveled unless people get with the program—made me remember huddling beneath my desk on that Wednesday in 1982.

The day before our anti-nuke drill, the entire student body, PTA, faculty, janitorial staff, and whoever had been drinking up the street in Rosie O'Grady's Real Irish Times gathered in the Saint Didacus auditorium. I remember sitting next to my mother as a lisping man in a brown polyester suit dropped a BB into a coffee can. He told us to think of it as the payload of the bomb dropped on Nagasaki. Then he poured a coffee cup full of BBs into the can and told us what a MX missile was, how the Soviets had comparable armaments, and how it was important for every family to be prepared for the end. I remember how matter-of-fact it all seemed. On the drive home, I also heard my mother use the word “bullshit” for the first time.

Some directive had come down from the bishop's office. All Catholics in the diocese were instructed to pray, have heart-to-heart talks with their children, and be sure to attend mass regularly. Though my father talked to me about it as much as he did about anything else, which is to say not at all, my mom did her best. When I asked her what would happen, she responded with all the delicacy she thought appropriate to the situation: “Bombs will go off. Everything will burn to ashes. We will all die. Now go do your homework.”

If anyone could survive a nuclear war, I was sure it was my mom. I also felt sure that I'd be one of the first to catch fire. For months I'd have nightmares of my nuclear shadow on the sidewalk in front of our house, ashes falling like snowflakes, and me trying in vain to gather up the parts of my body that had fallen off from all the radiation. I knew I wasn't the only one having these dreams. Every day we had to look at the black-and-white pictures of mushroom clouds Sister Catherine had stapled next to the crucifix above each blackboard. As a result, a number of my classmates had started seeing psychologists; though it took some time before the more impressionable kids showed signs of improvement. They did seem eventually calmer, at least, more resigned to the idea of inevitable death in a nuclear holocaust. Sometimes they drooled. But overall things settled down and I felt my constant praying had started to pay off.

I imagine there was a fair amount of praying done and a fair amount of Xanax taken between West Palm Beach and Jacksonville last Friday, especially by Governor Scott, since as of nine p.m. (EST) the roads in Florida as well as Georgia and the Carolinas were said to be completely jammed. The gas stations and food stores ran out of supplies. And all flights in and out of the region were canceled. With Matthew's eye 25 miles east of Cape Canaveral, a storm surge of 11 feet was expected along the Florida coast. A storm surge is the most lethal part of a hurricane. So get to the chopper, the shelter, the bunker. Get to Gainesville. Get under the desk. As long as we follow approved protocols, we should all be fine.

Shortly after Brezhnev's death, everyone thought Samantha Smith's letter to Yuri Andropov was a good thing. Of course, we continued to have emergency drills and hear about nuclear armageddon in church on Sundays. But everyone felt that maybe if we could dream up so many horrors we could also dream up the opposite—that the high strangeness of a 13-year-old schoolgirl from Maine invited by the new General Secretary of the Soviet Union for a visit might be the start of something better. But the 1980s are long gone. Today I'm not sure our dreams can go that far beyond our current state of emergency.

Friday night in New Hampshire, Trump dropped BBs into a coffee can while he spoke about Florida: “You have a great governor, Governor Scott, and you gotta listen because it could be a—it could be a really, really bad one.” I imagine that was the best, most matter-of-fact advice he knew how to give.  And I imagine Trump's gleaming Louis XIV apartment, perfectly silent and empty on this anxious October morning, no one there to appreciate the views of Manhattan and Central Park while the first drops of rain hit the glass.