In these dark times, we need the circus more than ever. 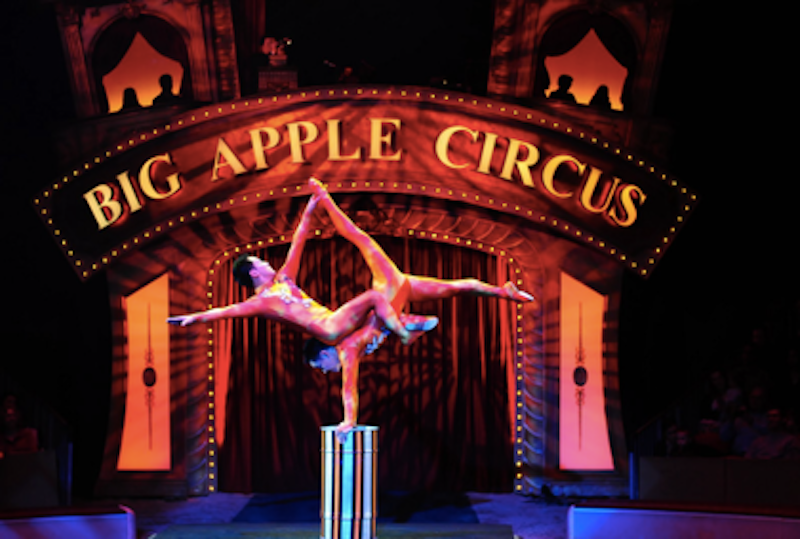 Forgive me for posting this appeal in a public venue, but the situation is somewhat urgent, and I didn’t want this communication to get lost in the endless emails I’m sure you receive asking for funding for the latest anti-gravity devices and time machines. I’m hoping that a man with the cojones to fly across the Atlantic Ocean in a balloon at 200 miles per hour in the Jet Stream might be willing to take the risks involved in salvaging an outpost of joy and delight from extinction.

Earlier this year, the Big Apple Circus announced that unless they could raise $5 million by August, the show would file for bankruptcy and fold the tent forever. In their press releases, upper management blamed bad weather and the economic disaster of 2008. The reality is that upper management consisted of an incestuous pack of imbeciles engaged in all manner of trivial pursuits having nothing whatsoever to do with putting on a show and selling tickets. For some reason, non-profit enterprises seem to attract people who think that being a non-profit means you’re supposed to lose money. In all fairness, the show had developed an unhealthy dependency on Wall Street largesse, in short supply these days when most brokerage houses and hedge funds are having difficulty making the all-important cocaine-and-hookers budget. I myself was a Series 7 stockbroker on Wall Street for about five minutes back in the 1990s. I know what goes on there.

Nobody wants to throw good money after bad, and a show that offers a $120K salary for an office-bound fundraiser while offering a $30K salary to a touring audio engineer out there in the mud, blood and beer has clearly got some serious issues with priorities and value. The fundraising effort failed, and the show is down, for the time being. Down, but not out, I hope.

The Big Apple Circus has been a cherished beacon of hope and light in the often dark landscape of Gotham since 1977, providing inspiration and whimsy to all segments of the city’s diverse demographic. It’s unique in its capacity to provide an exceptional live entertainment experience capable of thrilling both children and adults. Combining Broadway musical production values with the intimacy of the one-ring European-style circus, it paved the way for Cirque du Soleil and the entire nouveau cirque movement that began in the 1990s and continues today.

I’ve assembled a little circle of people who know how to run a circus profitably, alumni of the Big Apple Circus who recognized the inherent vice of the business model and either moved on or were squeezed out. I’d like to put you in touch with those people and see if you can acquire the equipment and the brand name to save this show. I honestly think that you are the only person who can do this.

For my part, all I want is to see the show again and perhaps get to shake your hand and personally thank you for signing Mike Oldfield when nobody else would. I bought each of those first three albums the day they were released, and Ommadawn in still one of my favorites for long drives.

You may reach me by email at al.cabal11@gmail.com. I look forward to hearing from you, and thank you for your consideration.