The Son of The Sun is Consciousness

A review of The Sun of gOd by Gregory Sams. 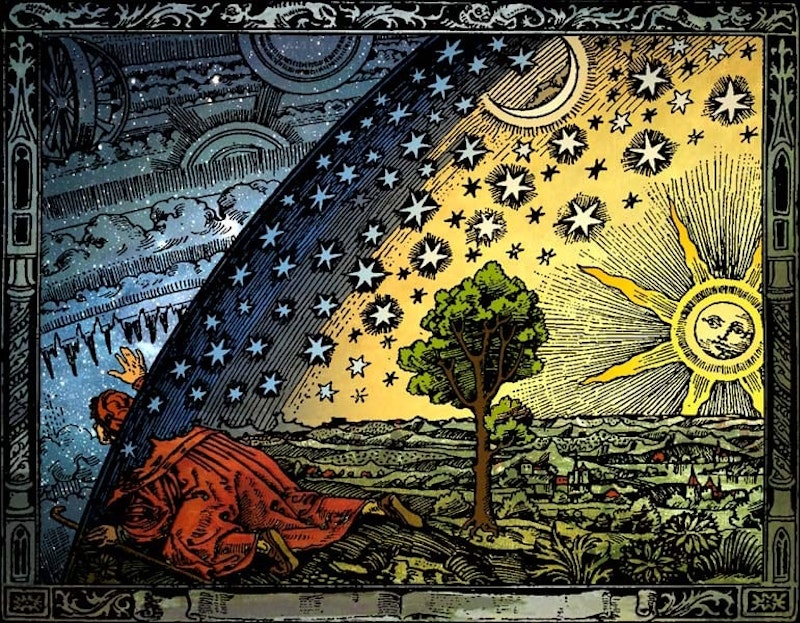 One of the many delights of Greg Sams’ book, The Sun of gOd are the quotes, of which the following is just one sample.

I’d suggest you keep it in mind while reading this review. The fact that Sams quotes it at the beginning shows he intends you keep it in mind while reading his book too. Sams has assembled a large variety of sayings, quotes and references from all over the globe, from literature and mythology and gospel and scripture, either about the Sun, in praise of the Sun, or resonant with the idea that the Sun is a conscious being.

One in particular struck me early on. It was from Sitting Bull, Sioux chief. He said: “Behold my friends, the spring is come; the Earth has gladly received the embraces of the Sun, and we shall soon see the results of their love!”

This is a truth. A poetic truth, but a truth nonetheless. Isn’t the relationship between Sun and Earth much like that of lovers? The Earth does delight in the warm embrace of the Sun. The Sun does impregnate her with his fire. The Earth does give birth in the springtime, when the blossoms come to life and all the creatures are born onto the Earth. It’s a relationship of love.

The problem with modern scientific language is that while it can be said to be “accurate” it doesn’t always tell the truth. It doesn’t come anywhere near understanding or explaining the meaning of relationship. If I were to describe the act of love-making in scientific terms I’d be describing a physical act—as Sigmund Freud did with an almost pornographic relish in his Three Essays on the Theory of Sexuality—but I’d get nowhere near describing the essence, the meaning of the act, still less the feeling that accompanies it.

In the case of human love we take it for granted that there’s more to it than the mere physical act. This is because, as human beings, conscious of ourselves, we ascribe and allow consciousness to other human beings. So we allow that love-making is more than a mere physical act. This is clear from the terminology we use. We call it “love-making” rather than “baby-making” because we’re aware that love is a major component in the act.

When we talk about the rest of the Universe, however, we don’t ascribe consciousness to it on any level. Our modern philosophical standpoint is that the Universe is a great big, accidental dead thing that just happens to have thrown up this anomalous spark of consciousness that is the human race.

What struck me about Sitting Bull’s description of the relationship between the Sun and the Earth at springtime is that it’s no less true to the facts than any scientific explanation, but a great deal more true to the meaning.

This is the odd and startling basis of Greg Sams’ book, The Sun of gOd.

I say “odd” and “startling,” but for the vast majority of our time on this planet, this concept hasn’t been the slightest bit strange. In fact, the idea to which we now subscribe—that the Earth and the Sun and the Universe and everything within it are just accidental lumps of matter bumping around like Dodgems Cars without drivers, which have somehow “accidentally” given rise to the one and only beings, us, who do carry consciousness—this is the new idea on this planet. And if we look at this idea and see where it has got us in relationship to our planet and to the living things around us in the last couple of hundred years, I think we can see that it wasn’t such a good idea after all.

Look at our world now. Look at the pollution, the destruction, the devaluation of all life and the elevation of an abstract concept, money, into something that controls every aspect of our lives.

Whenever I mention it to anyone, or attempt to describe it, the reaction is the same. At best it’s considered eccentric. At worst, completely insane. It takes reading the book to discover that it’s anything but eccentric; and, from the perspective of this book and the ideas which it puts forward, it’s our modern philosophical standpoint which is insane.

I admit that I was already half-open to this idea before I heard about this book. I guess anyone who has ever taken part in the psychedelic experiment must be open to such thoughts. At the very least you’re aware that something is going on; something for which the normal explanations seem inadequate.

This vague feeling became crystalized for me during the transit of Venus on June 8th 2004. I don’t know what it was like on the rest of the planet, but in the Southeastern corner of England, where I live, it was burningly hot that day. I could feel the heat on the back of my neck as I went out of the door. It was as if the transit was acting as a lens and focusing the Sun’s rays onto the Earth with more intensity than usual.

I wanted to look up at the Sun to see the transit but knew that it would blind me. Later my upstairs neighbor set up a binocular lens and a white card through our hall window so we could observe the transit more closely. That’s when I saw it: that tiny little black dot passing before the face of the Sun. How insignificant it appeared in the face of the Solar disc; and how huge, how magnificent, how awe-inspiringly vast seemed the Great Sun in comparison. Venus isn’t much smaller than the Earth, and yet, here it was, a mere speck, a mere mote in the eye of the Sun.

It has always struck me as slightly absurd to think that these magnificent brains of ours, so unbelievably complex, so deeply layered and unfathomable, these quantum computers, are mere accidental generators of consciousness. What for, exactly? Is the Universe really so irrational that it would create consciousness as a by-product of matter and then leave it isolated inside our skulls, never to escape; to die and to disappear with the death of the body? That seems like a fairy tale with as much basis in reality as Hansel and Gretel or the Book of Genesis. Like Hansel and Gretel and the Book of Genesis (both of which I admire) it contains part of a truth, a searching for the truth, but there is much more.

For me the answer came beaming down from heaven above on the day of the first transit of Venus. It came down in the form of fierce heat and life-giving radiation. It came to me in the form of light. I was “enlightened.” I could feel the Sun’s rays quickening me into life, embracing my body through the atmosphere, sending chemical surges through my brain. I could hear my thoughts stirring in some far-off, hidden womb. Thoughts that arose in my brain, and which I listened to. Some of them weren’t my thoughts. They were too interesting. If I listened carefully enough, I could almost hear something new.

So that was my answer: we receive our consciousness from the Sun. The Sun is God, I thought. How could we ever have imagined anything else?

Greg Sams’ book is a fascinating, informed, convincing exploration of this idea: that the Sun has consciousness. It’s a magnificent romp through a Universe of ideas accompanied by a wise, witty, intelligent companion. Sams manages to make more than sense of this stupendous thought. He makes it believable. He weaves the concept into a magic-carpet of thoughts, ideas, history and science on which we then travel, across the Universe and back again. From the Big Bang to the Creation of Life. From the stars through all the interstellar vastness of space, on a beam of light. From the Sun, our Father, to the Earth, our Mother, to us, their children. And it’s always a joyous ride, full of interest and variety, well-written, easy to understand, a book that—like all great books—should help us to change our view of the world.

—You can buy the book here.