An Awful Day at Disneyland

The ragtime music and cotton candy smells only increased my grouchiness. 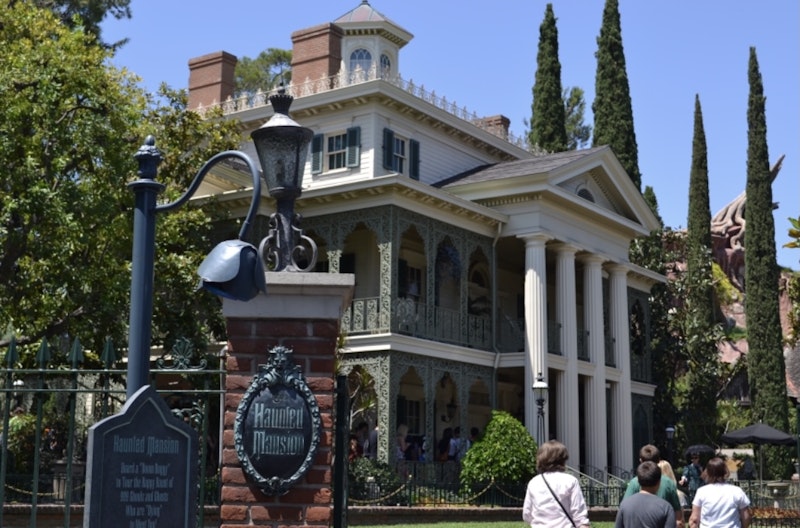 My sister invited my wife and me to join her for a day at the Magic Kingdom. I hadn’t been to Disneyland in years but wasn’t interested. I don’t like crowds, tourist traps or long lines. We were also in the midst of a brutal heat wave. But my wife wanted to go so I agreed.

We met my sister and her sons in the parking lot at nine a.m. The place was already a zoo. When the tram arrived to take us to the front gate there was only one row of seats left. A sunburned bald guy cut in front of us and directed his wife and two young boys to steal our spot.

“Dude, those are our seats,” I yelled.

“Go fuck yourself,” he yelled back. I let loose with a torrent of obscenities and then noticed his boys staring at me in horror. My nephews were also alarmed. I apologized and did some deep breathing to calm my nerves. At the front gate a sign read: “Welcome to the Happiest Place on Earth.” We strolled into Main Street, Disney’s version of 1950s-era small town America minus the lynchings. The ragtime music and cotton candy smells only increased my grouchiness. The first theme character we encountered was Eeyore from Winnie-the-Pooh. “Look at that ass,” I whispered to my wife. “Behave,” she said. “Your nephews are here to have fun.”

My nephews Tony and Dre wanted to hit all the exciting rides. First on their list was Space Mountain. A sign at the back of the line read, “Wait Time 90 minutes.” I regaled my nephews with stories of Disneyland deaths. “Two people died on the Matterhorn, one guy died on Thunder Mountain Railroad, a lady died on Space Mountain and a 16-year-old boy was crushed by the People Mover.” “Cool,” a nephew said. My sister shot me an angry look.

After Space Mountain, we had Mexican food in Frontierland. My wife ordered beef tacos but I didn’t trust Disneyland meat. I opted for a bean burrito, a huge mistake. As soon as we boarded the Pirates of the Caribbean my stomach started churning. I survived the waterfall drop and cannonball battle but when we hit the burning Spanish fort, I spewed my lunch into the faux Caribbean lagoon.

Next came the Haunted Mansion. I told my nephews I’d sit that one out but they wouldn’t have it. “Come on Uncle, this is a great ride.” They waited in line while I hit a candy shop to see if they sold Pepto Bismol. They had all kinds of OTC medicines beneath the counter. I purchased a shot-glass bottle of Pepto for $6 and then joined my family for the 75-minute wait.

My nephews and I discussed the cosmology of ghosts. Tony decided ghosts took on the appearance of the age they were when they died. Dre believed they resembled how they looked when they were most alive. I contemplated why ghosts wore clothes. My wife wondered if ghosts reunited with the spirits of their dead pets.

The temperature soon hit 100 degrees. That’s when I sensed a migraine aura. It was a series of visual sparks and blurriness preceding the onset of a major headache. I swallowed two aspirin but knew I was screwed. Tony and Dre headed toward the Matterhorn. I wanted to sleep in a dark cave on Tom Sawyer’s Island.

Somewhere between Main Street and Sleeping Beauty’s Castle, he appeared. His teeth were as sharp as daggers and his lips appeared smeared with blood. I’d spent my entire childhood fearing him. Suddenly the Big Bad Wolf was heading directly towards me.

“Him,” I said pointing to the beast in his green pants, red suspenders and blue top hat. He looked absurd but I was terrified.

“Let’s go the other way,” I said to my nephews.

“The Matterhorn is that way,” Tony protested.

“We can get fudge later.”

Tony grabbed my hand and pulled me into the wolf’s path. I closed my eyes and grimaced, brushing against the creature’s shoulder. When I opened my eyes he was gone. Was this a pre-migraine hallucination? We got in line for the Matterhorn (70-minute wait). I’d become sensitive to smells, a sign the migraine was nearly upon me. A bearded guy in an Old Milwaukee hat reeked of garlic. His aging wife smelled of cheese. I was a basset hound in a landfill, overwhelmed by unrelenting stink. My only chance to fend off the migraine was to lie on a bag of ice in a darkened room. I apologized to my nephews and went in search of a Disney medical facility.

Goofy directed me to a First Aid Center in Main Street. The vision in my left eye was flickering like an old-time zoetrope. I donned sunglasses and entered the clinic. A nurse led me to a room with eight cots. Six of them held poor bastards like me. One guy was vomiting into a bucket. Another had his head in his hands and was moaning. I requested water, aspirin and a bag of ice. I texted my location to my wife then lay down on a flimsy pillow.

The room was spinning. I closed my eyes and focused on the ice beneath my neck. If I could summon sleep then the migraine might go away. A twentysomething Hispanic on a nearby cot foiled these plans. He had bandages on his face and bloody cotton in his nostrils. He was on his phone talking about being cold-cocked by some “punk ass bitch” in Toontown.

The sounds around me were cacophonous. I stuffed my ears with crumpled Kleenex to no avail. The teenager to my right mumbled incoherently and gesticulated as if speaking to someone only he could see.

He turned towards me, his pupils dilated, eyes shifting back and forth.

“I took acid in Critter Country. I saw some things.”

“Them.” He pointed to an animated wall poster of Donald Duck’s family tree.

I moved to a different cot. Sleep was out of the question. I texted my wife: “Can u come get me?”

Fifteen minutes later, my wife found me inside the clinic. A nurse checked my pulse and released me. My nephews were waiting outside to make sure I was okay. I gave them a big hug and promised to take them to a Dodgers game soon. Dre handed me a Disney gift bag. Inside was a brick of chocolate fudge.

We boarded a tram to the parking lot. When we located our car, we noticed the back left tire was flat from a nail in the tread. I felt like crying. We waited 45 minutes for Auto Club to tow us to a repair garage outside Disneyland. We encountered a line of five drivers with flat tires due to suspicious nails. Each had been at Disneyland. We all agreed this was some sort of scam perpetrated by the repair shop but just wanted to get out of there. Freeway traffic was horrid. When we finally got home, I filled a bag of ice and leaped into bed. I wished upon a star for my migraine to go away and closed my eyes for sleep.