The Saucer in the Sky

The book in my mailbox. 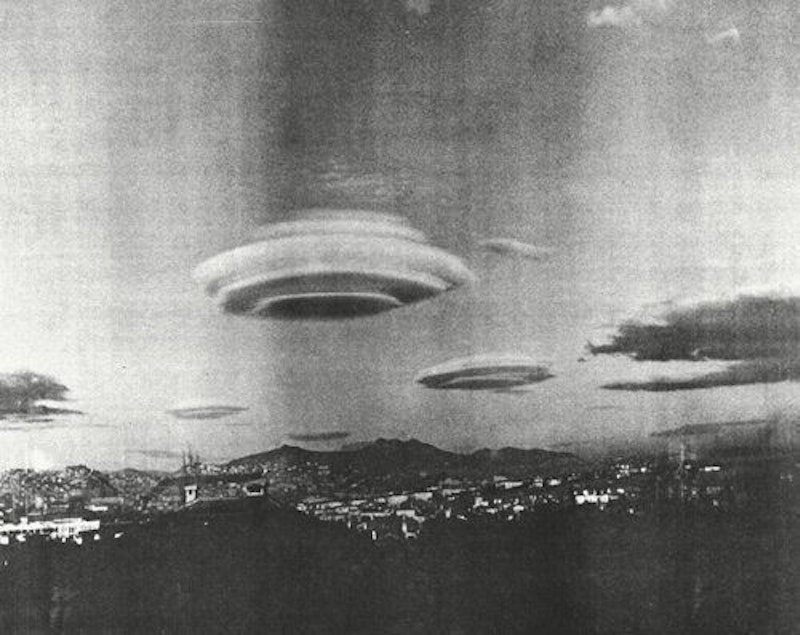 Philip Roth flew by in a floating cab, frozen profile weighty as Easter Island, eyes buried inside his wrinkles. My city was no longer the same. I noticed the streets tilted. A flying saucer the width of a football stadium and a half took up the sky, though sighting it required peripheral vision. People told me a boy was smearing Chagall paintings in another sector of the sky, perhaps across the river in the suburbs.

The summer had begun with the flying saucer just out of sight. Events had deteriorated from there. As the sky felt the saucer’s crowding, old rules down on earth got looser. I’d say reality became raddled, fucked-out, if you’ll forgive the vulgarism. Reality didn’t stay tight. It let itself go. The saucer taking up the sky—though always in your peripheral vision—somehow caused that. Maybe reality felt this was one more thing and now the hell with it. Reality wouldn’t get out of bed.

I felt that way about the saucer. Life was heavy enough. Then this giant began sneaking up on us, did so up among the clouds. Did the rest of the world notice? The news broadcasts have never made that clear. With the saucer’s violet shadow dropping on the streets, the residents of our city look at pocket devices and compare what the screens are telling us.

Goldie Hawn zig-zags past. Her taxi flies upside down, then right-side up. Then it’s gone. I see her face as she passes. She’s terrified. Her mouth is open as if clamped, and her canary yellow hair sticks backward in stalks. Her eyes appear to be placed well back in her skull, yet they protrude. Goldie Hawn and her taxi clip into the corner of an office building, which dips and coughs as masonry puffs into the air. A notch appears. The taxi’s tail gains altitude and goes. I jerk my head over my shoulder and try to catch the saucer, but the sun is bad.

I retreat home. My room is gray and high-ceilinged; dusk gathers. I listen to the streets. When I peek from my window, Mel Gibson crashes by; his cab is having trouble. He disappears: hurtling and bright, then vanished. The violet dark in the streets lies on top itself, layer crowding layer. I don’t want to lean out. I know I’ll try to see the saucer, and then I’ll fall. But I can tell the saucer’s there by its shadow.

I hear a chunk from around several corners, as if substantial masonry were being damaged a distance away. I think of Mel Gibson.

Carl Sagan flies by in his cab. He appalls me because he’s dead.

I know my mission. Saucer, I say to myself. This won’t go on. The saucer must leave.

True life. Ordered a book via Amazon, hardcover. Rather than leave a slip telling me to pick the book up at the post office, the mailman wedged the book into my mailbox. I don't mean the sort of mailbox that sits out in front of a house and has a little red flag. You can fit a loaf of bread in that. I mean a tenant's mailbox in an apartment building. A box that is good for fitting envelopes and rolled-up magazines and nothing else.

Through desperate efforts, I’ve managed to get the book halfway out of the mailbox. But that’s as far as it will go. It won’t go back in, of course. It sits there, stuck, half in and half out. I’ve no idea what happens next, but have a feeling I’m going to be blamed for something.