Too many Americans spew hatred and vitriol. 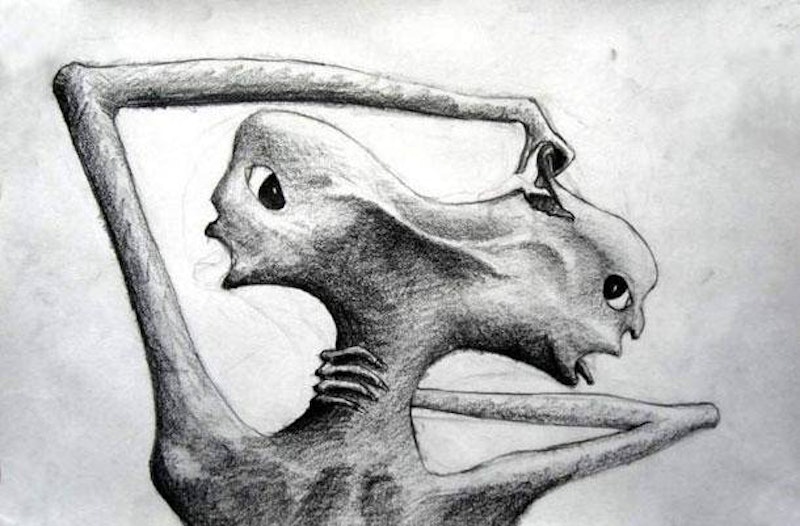 People amaze me. It must be human nature’s way to confound and confuse us into believing we’re something more. Something greater than ourselves. Like civilization has evolved into this glorious beacon of hope and worldwide goodwill. Instead of petty, jealous, greedy, twisted, deranged Gollums. Not to mention psychotic, murderous morons. America’s self-centered egotistical complexes and neurotic behaviors reinforce my belief that we’re doomed. Our ass-backward approach to living is rivaled only by our conspicuous consumption of plastic synthetic crap, shoddy products and simulations of reality. Deceiving each other daily that we are happy, free, and proud to be.

As the country sinks into the muck of bad politics and shallow religion, we wait for the next big summer blockbuster movie to distract us from what’s really going on. A brief respite from the humdrum routine of waiting for the big one, or going to work and paying bills. To make us forget how badly we’re screwed over by whoever they are. In our never-ending quest for the dollar we forget to pause and enjoy the natural beauty all around us. It’s the natural world that sustains us. Fresh air, clean water, wholesome food, and the joy of life. Often obscured by all the negative news and false meaning we subject ourselves to, it’s no mystery why we’re so miserable. We’re doing everything in our power to destroy the very thing that keeps us alive. We sabotage the earth because of its indifference toward us. We refuse to be part of the spinning orb we call home.

During adolescence I developed a paranoid hallucination fantasy that a pair of eyes were always watching me, seen in my peripheral vision they would move along with me, following me, always watching. When I’d turn and attempt to make eye contact with the all-seeing eyes, they’d vanish. After weeks of this constant surveillance, I told Ma. She yelled at me to stop fooling around with make-believe eyeballs. By the time I hit puberty the imaginary eyes stopped. As time passed I had a new delusion. Now it was a notion that I was being watched. I sensed that someone or something was looking at me. Eventually that too subsided. Nowadays it’s only me looking at myself in the mirror when shaving or plucking unwanted hairs from my nose or ears and asking, “Who is this old man?” Am I insane? Possibly.

There are all kinds of crazy folks. Some are certifiable batshit crazy. Others are merely delusional one-hit wonders who accomplish some major feat early in their youth and live off the legend into old age. They say stereotypical one-word descriptive phrases to dismiss or belittle whomever they happen to be targeting at any given moment. They have this monstrous ego that can only be fed by destroying others and sucking the life energy from souls to make themselves look and feel good. The users and abusers. Sound like anybody you know?  It takes all types to form The Great Society. Megalomaniacs, psychopathic vampires and plain old delusional people. I never had the luxury of therapy in my youth. Not that I think it would’ve helped. When I was growing up, “crazy” had a different connotation. We didn’t have OCD, ADHD, PTSD, or any other abbreviated disorders. It was good to be different. We indulged in hallucinogenic mind-altering substances to understand alternative ways to view reality. We questioned what is normal.

Perhaps we’re not so different. This world can make the strongest crumble and quiver like Jell-O. Humanity has advanced exponentially with technology and science but not very far with our emotions and state of mind. We still hold prejudice like a thorny rose clenched tight in our fists. We spew hatred and vitriol. And maybe there’s no tomorrow for some. We must find the need to be content and spread happiness or we’ll perish like all great past civilizations. Did the dinosaurs have enough joy?  Was prehistoric man happy painting his cave walls? These are questions I ponder in the name of art and humanity. Why did the Romans overindulge and run to the vomitorium? Maybe we share this all too common burden of life. We need to figure out ways to survive. To devise simple credos and oaths of allegiance. Without flags or borders.

We create heaven and hell. Make our own beds. Lay in the filth of dirty minds and deeds. Give birth to hideous lies and foment discontent in our imperfect existence. Out of whack. Off the hook. One-way ticket to the crazy train. Or nirvana. There must be a better way to think and do things with a clear head and a clean conscience. But no, here we wallow inside our creepy clunky heads devising new and better ways to get over on our fellow man. Many barely get by. Yet there are those who would take advantage of the disadvantaged. Who invented bullshit?

Our final chapter can be written in blood or in gold. It’s up to you. Let the world drive you insane. Make others crazy in your misery. Keep company in bedlam with devilish monsters you invite inside your head. Or go with the flow. Just let it go. Choose joy and seek happiness. It’s out there. I’ve not only seen it but I’ve felt it. The lunatics took over the asylum centuries ago. This contraption called reality is yours. It runs on fear and chaos. It thrives on love and acceptance. Nobody’s in charge. You are the big boss baby. It’s crazy. Real crazy.