Religions Are a Negative Force in the World

It's smart to fear them. 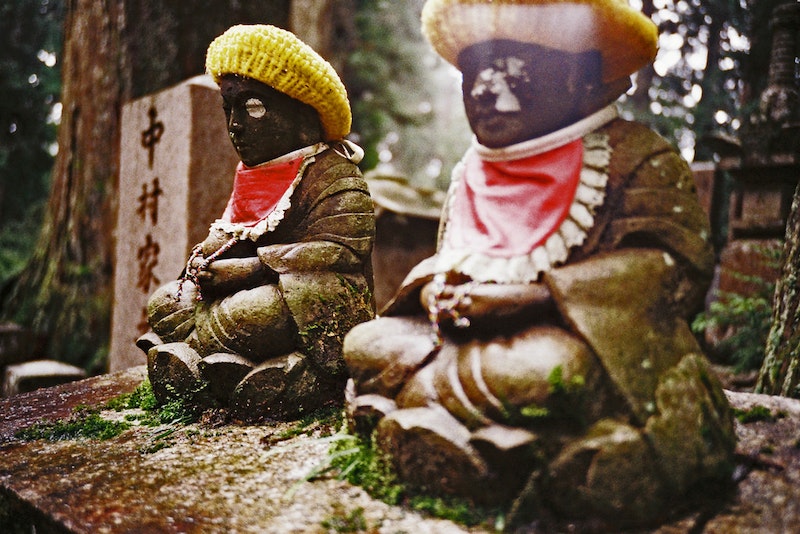 In Japan, most marriages are Shinto ceremonies; most funerals are Buddhist. Those two religions co-exist because the Japanese people don't take religion very seriously. Although almost all consider themselves Shintoist, Buddhist, or both, neither religion is a part of everyday life, nor is religion something politicians use for their own purposes. Religion is ceremonial in nature in Japan. If it could relegated to that role everywhere, the world would be better off.

Japan's found the proper role for religion in society. Many people have a need to feel “spiritual,” as many Japanese will tell you they are, but are loathe to shoulder the emotional burden of a religion that will tell them how to live and think. Perhaps they understand that organizations purporting to have all the answers to the mysteries of life, like Christianity and Islam, should be avoided.

Religions are just transnational tribes in a zero-sum competition with other tribes. They're large cults whose founders are longer alive. While religions provide benefits to individuals, their net impact on the world is negative. Pope Francis rends his garments over the effects of global warming, but through his insistence that birth control is a sin he contributes to overpopulation. Islam warps people's minds to the extent that some Muslims are proud that their teenage son becomes a suicide bomber. The only other thing that can make people think in such a twisted way is mental illness, but Scientology is “crazy,” while Islam isn't.

People mistakenly believe religions are a positive force in the world, and worthy of respect. Viewing religions in this light leads to travesties like the government excusing them from paying taxes while at the same time taxing people for purchasing what they need to stay alive—food. Pastors of megachurches can live like Saudi princes, while people have to give the government its due when they purchase a pound of ground beef and a box of Hamburger Helper to stretch their family food budget. Japan has compartmentalized religion, so they serve a useful societal function while remaining, essentially, window dressing.

It's so ingrained in the liberal mind that all religions must be accorded great respect that people are blinded to their abusive practices, at least when it comes to religions that are being imported from abroad. Conservatives, on the other hand, entertain no such delusions. A conservative observer of Islam has absolutely no respect for a Christian, while a Southern Baptist fundamentalist has an equally withering view of a Muslim. If you attend Friday prayer service at a mosque in Pakistan, Saudi Arabia, and many other Muslim nations, you’ll say a prayer for the defeat of the infidel. At a church function in Texas, the conversation turns to the dangers of creeping Sharia law and why Muslims must be kept out of the country. While both of these groups are often thought of as ignorant, they're smart enough to understand a key, historically-established fact that those on the Left are unable to grasp—that their religions are not compatible and never will be.

Christianity and Islam are two tribes that can’t get along. Christianity isn’t particularly tolerant, but why would it be reasonable to expect that a religion that's at war with itself with the Sunni-Shi’a rift could possibly peacefully coexist with a totally different religion? It only works in the U.S. because the Muslim population is so low, at one percent. At an unknown higher percentage, it would become untenable because Muslims would have the political power to demand special treatment. For example, they’d demand, as in Europe, that public pools have certain times when men or women are excluded, which is antithetical to liberal democracy. Imagine what life in the U.S. would be like with a 50-50 split in the population between Christians and Muslims, many of whom would be gun owners.

In one sense, communist regimes like Vietnam's have the most pragmatic view of religion. They see them as a threat that must be monitored. Liberals have a religious fervor for diversity, which can’t be questioned because it's an article of faith. Religions are divisive forces because they rely on dogma rather than reason—they're exclusive rather than inclusive. They brainwash people at a young age, which is how they maintain their power. Religions should be tolerated, not respected. They don't even provide a moral guiding force. Look at the evangelicals supporting Roy Moore in Alabama or moral degenerate Donald Trump.