The Conspiracy Theory is Fake News

Who replaced your brain with a simple mechanism stuck on repeat? 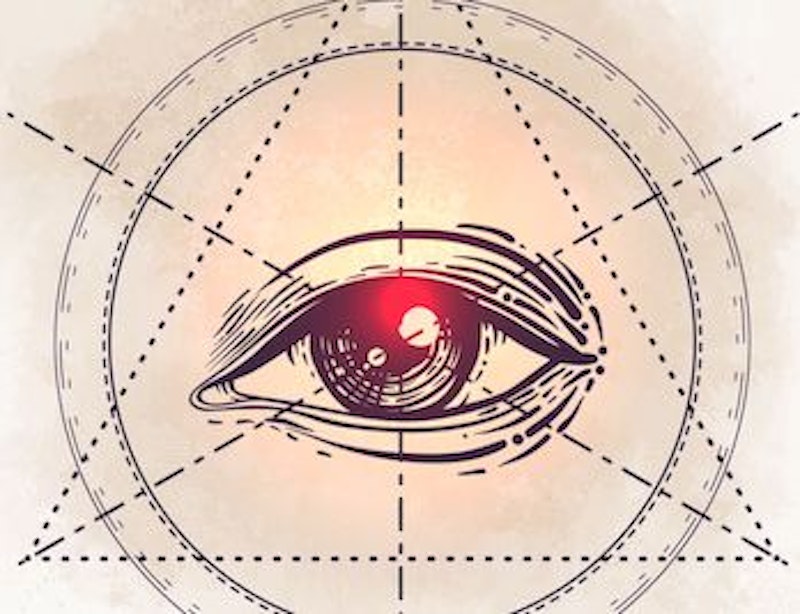 There are many worn phrases that I'd force into retirement if I could. To identify some of these, turn on CNN this evening and watch everyone "walk and chew gum at the same time." You might start counting the "at the end of the day"s, the "red flag"s, and the "bottom line"s. These are annoying, but relatively benign: they're just, like, substitutes for "umm," or "ya know," or "like."

Humans are, as Aristotle pointed out long ago, the most imitative animal. We learn by mimicry, he claimed in his Poetics, though it’s possible that he was sarcastically ridiculing his colleagues and students around the old Lyceum. Either way, he probably wouldn’t be surprised that in the 2400 years or so since he made that observation, all human verbal conduct has converged, coming to consist entirely of muttering the same phrases in unison. It is the essence of who we are, though admittedly being political animals in this sense does not distinguish us from the geese.

It is this that unites left and right, Fox News and MSNBC. On the debate stage, it unites Bory Cooker and Clammy Obuchar. Muttering the same phrases in unison is who we are as Americans: and the phrases themselves are, evidently, all that remains in our tiny American heads. Communication as the sharing of information or as self-expression and concomitant understanding was always the anomaly among humans: mostly when we talk we're just trying to bludgeon or wheedle each other into nodding along. It hardly matters how we do it, or to what end, because we’re just not the sort of things that can be worried about stuff like that.

Maybe we'll have to live with the pointless "with that having been said" until its rusts over and flakes away. But I think that more active measures should be taken to address the phrases "fake news" and "conspiracy theory," the ubiquity of which invites an urgent crackdown. I'd start with tear gas and rubber bullets. If that doesn't work, we should begin the mass deportations.

Who replaced your brain with a simple mechanism stuck on repeat? Was it Fox News, MSNBC, Trump, Twitter? No, it was you. Because you always could’ve said something else or fallen silent until you thought of something. Or could you?

"Fake news" started out as a word-brick that leftists hurled at Fox and Breitbart. Then Trump picked it up and lobbed it back. Coming at you from either direction, it doesn’t enhance the meaningfulness of any sentence or any debate. It's a mere insult, or the mere assertion that what you disagree with is false. I could’ve known that you believed this without your having to talk at all. But people think of “fake news” and other such phrases as some sort of talismans or amulets: with them on your side, you can control the conversation and get people nodding along.

"Conspiracy theory" has a similar history: it used to be routinely prefaced with "right-wing," but right-wingers tossed this one back as well, and now it's often introduced with "the Russian." In other words, these rudimentary word-weapons fall into your enemy's hands, and you're liable merely to harm yourself by their manufacture. You end up killed by your own booby trap.

Many appear to believe that if x is a conspiracy theory, it follows that x is false. That would be the case only in a world in which there are no actual conspiracies. In this world, that something is a conspiracy theory doesn’t bear on its truth at all. You’re certainly not going to show that any theory is false merely by tacking a label on it. You have to do the research.

Such supposedly powerful phrases can supposedly be used to "frame" the debate; repeating them repeatedly gives you the power of mind control. Or at least it does that for a couple of minutes before your enemies seize your phrase, reframe it as their own, and by these means "seize control the narrative." On the other hand, only evil people are thinking about how to control what people think, and only idiots think they can do that with two-word phrases, if they just repeat them enough times. "A true man," said Ethelred the Unready, "does not think about what his hearers are feeling, but what he is saying."

It's unlikely that pundits or politicians or the people around the water cooler will come to think about what they are saying. They're thinking about how to impress you or change you or enrage you. That's annoying, and a devastating indictment of the emptiness within them. What’s hopeful about this, however, is that they think they can accomplish these goals merely by repeating little phrases all day. They could be taking some practical or potentially effective measures; instead, their gums are flapping and little noises are emerging from their mouths, and the same little noises are emerging from all their mouths simultaneously, like the peeping of little chicks. Cute, but irrelevant in all possible respects. Irrelevant, certainly, to the truth.

I blame "communications" theories that arose in the 1980s and 90s for the relentlessly repetitive cretinism. These indicated that you could control how people behave if you find a phrase to "frame" an issue, and then make it stick by repeating it ad absurdum. So I’d look at people who address you with “fake news” and “conspiracy theory” as (a) dedicated to manipulating you, and (b) asserting that you're an idiot. Certainly, when they verbalize, they're not trying to speak the truth or convey some sort of content. Let it be a comfort to you that they can safely be ignored. We don't have much choice there either: as people chant their little phrases, it quickly becomes impossible to attend to what, if anything, they're saying.