The Pool of Desire

On 28 years of sobriety. 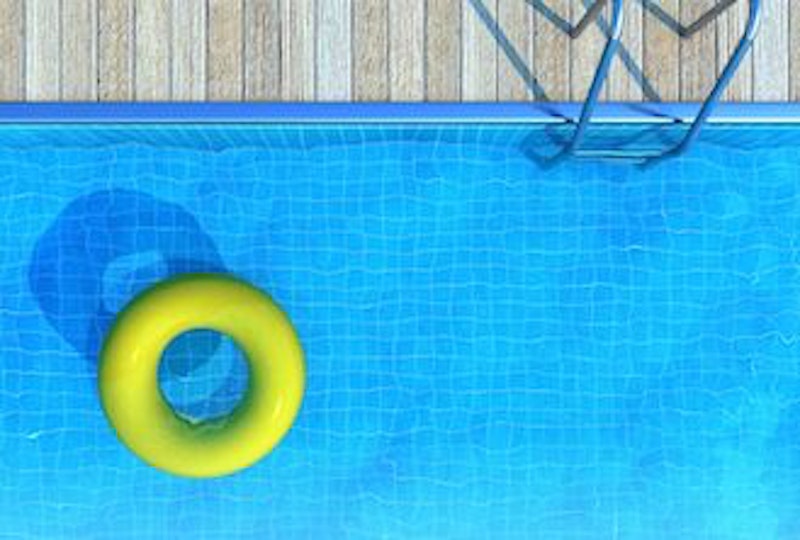 My subconscious keeps revealing old girlfriends. They come to me in dreams. The best ones appear over and over with the same theme: We have some seemingly serendipitous interaction, one to culminate in a tender reveal where we express that the love between us is still real.

I blame the depth of the dreams on the pool. I’m house-sitting for a family that’s at the beach for the summer. They have a pool. I spend hours doing laps and occasionally floating to the bottom of the deep end, sinking into a peaceful state of in utero tranquility. Either due to the exhausting exercise, or the water pressure on my brain, or the affect of too much, the sleep is deep and the old loves come back at night. I open my eyes in the morning with a sense of regret: How could I have lost them?

I stopped drinking 28 years ago. Was it worth it? Would life have been easier had I stayed with the current of bourbon and beer? What is my subconscious, one of God’s heralds, telling me?

I swim, I work, I sleep. Then at night an old girlfriend comes to me, her beautiful face softly next to mine. Jung was right; our ego’s like a paper beat on the ocean, which represents our vast subconscious. There’s an entire universe there.

Without sobriety and the raw emotions that arise from it, I tell myself, the girl could’ve been mine. I never should’ve quit, should’ve gotten a boring job through one of my rich private school friends. Today I would’ve been like one of my fellow Gen-Xers, working successfully as teachers, lawyers, real estate barons. We get together occasionally, them in their polo shirts and loafers. Many now have their own drinking problems. Some are divorced. A few are getting emotionally abused. Some can’t stand their own kids. Most haven’t read a novel or seen an independent film in 20 years. I stayed in journalism, but even in that field there’s stagnation. People coasting, producing awful copy, getting fat at their foundations and repeating the same ideas. They’re like the drunks I used to sit next to, telling the same old story over and over again.

The first woman I loved after I stopped drinking in 1990 was a stunner and a sweetheart whom I was lucky to be with. I remember she was late coming back from a trip, and I started having a meltdown. I called my dad and told him I was worried. “Don’t worry,” he said. “Love finds a way.” He was right. It does. I dream of that girlfriend, and of our lovemaking when I got clean. It was pure and awake and tender. Then there was my Indian girlfriend, whom I search for frantically in my dream—until I realize she’s standing next to me. Her husband is on the far side.

The Buddhists are right. We go through this life in cycles, experience several deaths and rebirths on our journey to the next life. I drank from 15 to 25. That life had to die, but several lives since then have also have had to die. The 12 Steps and their disciples have a wonderful magic, a way of bringing you back to earth and helping you focus on the small picture—on the fact that, as Dylan once sang, “what looks large from a distance close up ain’t ever that big.”

Yet official recovery can also stagnate, lagging with the same clichés, sayings, stories and traditions rattling around “the rooms” like old relatives. One of the joys of a new life is forgetting that you even had the old one. Too often recovery people keep memories of the old life alive when they should be allowed to die. I have no desire to recall something that happened when I was wasted three decades ago.

The old drunk me thinks: don’t go too deep. Like yoga triggering a bolt of enlightenment, the exhaustion and the water pressure is opening a portal that the lovers are finding. They’re making their way though to you, and that is bringing regret.