The Old Lady Who Did a Dumb Thing 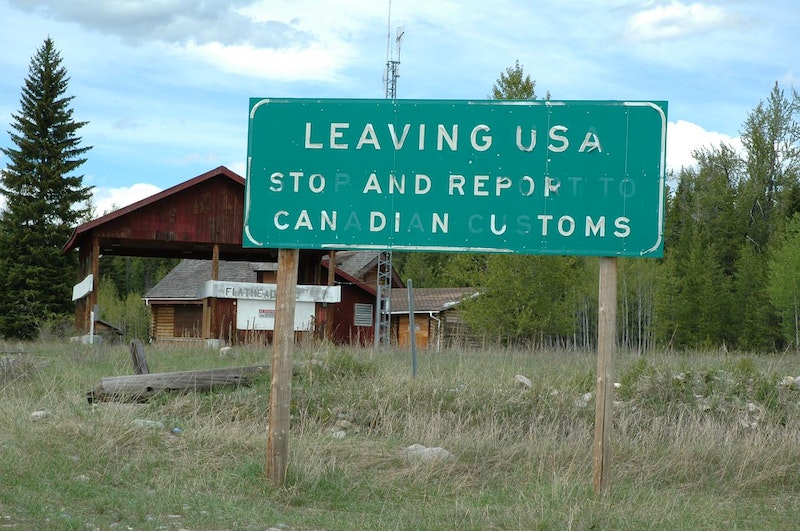 There’s this old lady, quite well off, and she did something dumb. She showed up in Canada and thought she could settle here with no problems from the government. She can’t. Canada wants people who will spend decades paying taxes before the government has to lay out a lot of money keeping the people healthy. Eighty-two doesn’t cut it; you won’t be putting that much money in.

The lady is indignant. This blows my mind. Reporting what she’d been told by the immigration consultant, she invited us to join in her outrage. “Can you imagine?” she said. “And then he told me this whole—” Sitting there in her living room, I explained (yes, I must use the verb) what her consultant had explained and what I stated at the beginning of this piece. The other guest backed me and she subsided. But she maintained a grudge against the immigration consultant. “Snarky” was the word she came back to. He’d advised her to make friends with the border guards.

The lady used to have a house, a big pile back in America. She sold it and signed the lease for an apartment up here. Then she moved her belongings across the border. Then, at last, she decided it was time for paperwork and sending the government people their forms. Hence the visit with the immigration consultant and her rude surprise.

I told her! This spring I told her the time to call was sooner, not later. The consultant who had helped me was now retired, I said. I couldn’t vouch for anybody else at his old agency. She wouldn’t hear of my objections. “Oh no, oh no,” she said. “This agency will be fine. I think it’s marvy that you should find—” And so on. I have a witness to all this.

Not that I warned her to check out Canada’s immigration policies. Just to make sure she liked the consultant. Even so she had a warning, loud and clear, and waved it off. The situation grinds at me. Willed obliviousness is a failing I hate, the reason being that I have it myself. Not like she does, of course. I mean, with her it’s just outrageous.

And she’s old. Not senile, I hasten to say. Biologically her mind functions fine; it’s her emotional habits that clog things up. But those habits have swelled and hardened. She never learned, she just got worse. To reach the end of your life and find that you still can’t think things through. In fact, the end is one more obvious fact you never managed to process: no Canada for you because you’re too close to death! A situation like this makes a life feel very small, and mine felt small enough to begin with. She makes me unhappy and I wish she’d go home.

DVD corner.  I saw M at a lower Manhattan art cinema during the mid-1990s. The fellows had organized an after-work expedition. Afterward they conferred in the theater lobby. “Pacing was strange,” they said. I asked what they meant, and they explained that parts of the movie were slow and they couldn’t understand why. Well, it’s a foreign movie from long ago. Maybe we’ll be out of synch with it in some ways. But there’s a lot else to notice. I’ll settle for this: Peter Lorre, a man in a dark room, explaining his life to the men planning to kill him. Maybe all our lives aren’t quite like that. But you couldn’t prove it by me.