Little miracles can come from any direction. 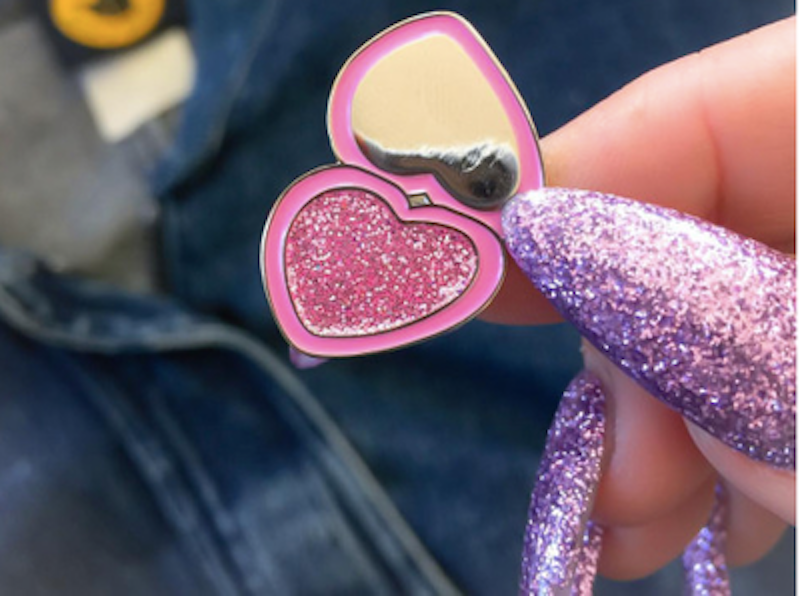 For the past few weeks, this column has been especially gloomy, and that’s not what I set out to do. It’s just that every time I sit down to write about positivity, something comes across my Twitter feed that envelops me in anger, despair, or both, and then I have to write about that because how else am I supposed to process emotions? So this week, I’m making an effort to break the cycle of negativity and talk about something that’s very dear to my heart: sparkles.

One of the best parts of being transgender—yes, there are multiple “best parts”—is rediscovering and redefining relationships you made ages ago, especially with other people who have also come out and/or realized they’re trans. These little miracles can come from any direction, and even when they blindside you, whatever shock you feel is quickly, even immediately replaced with love and excitement. Your friend is a new friend all over again! You’re both reshaping your identities and how you interact with the world! How fucking rad is that?

The most recent example of this delightful phenomenon was with a good friend I’ve known since my age was in the single digits. Let’s call them Epona for esoteric reasons. They were older than me, and as we grew up they became a fixture in the crowds I considered Way Cool, so there was always a little awe serving as background radiation in the way I thought of them. Not a particularly unique or mature mindset, but there you go. There are worse reasons to look up to someone.

We fell out of touch after moving away from home. Imagine my surprise when Epona’s mother told me, shortly after I came out last year, that they and I “could find a lot to talk about right now.” We chatted for the first time in years, and it was like we were creating an entirely new friendship on top of the one that already existed. We’ve corresponded infrequently since, dashing off texts on queerness every few months.

Last month, Epona sent me a lengthy email exploring their thoughts about the Orlando shooting—how it made them feel as a still mostly-closeted queer, GNC person; how it pushed them to begin exploring their identity with renewed vigor. What really stuck in my brain, though, was the way they described the resonation you get when something speaks to your soul: “I feel some sparkles…”

Folks, I felt sparkles about sparkles. One of the things that first clued me in to my transness was my fascination with the “high femme” aesthetic: hot pink, glitter, dramatic makeup, the works. Using something that’s part of that “look” as a descriptor for things that I’ve felt in my essence for longer than I’ve known how to read a chapter book? That’s just too perfect. Epona told me the context—a re-imagined form of “spirit fingers” to express nonverbal agreement at a conference—but even if they’d told me Qaddafi used to use the term with his advisors, I’d have adopted it as my own. Reclamation, bitch.

Some things that make me feel sparkles: the look of beautiful determination on Melissa Benoist’s face when she flies off on a mission on Supergirl. The knowing glance-and-grin trans girls give each other when we clock each other quietly on the street. Ninety percent of Nicki Minaj’s catalog. Sailor Jupiter. The texture of newly-applied nail polish. And my newly revitalized friendship with Epona, who I hope by now is feeling some sparkles about this column.

One of the lousy things about being trans is that you spend a lot of time second-guessing yourself. Am I trans enough to be transitioning? How can I be sure that my feelings are real and not internalized misogyny? Why does this matter so much to me? Training yourself out of these self-antagonizing modes of thought can take years, and many of us never manage it. But we can take comfort in the moments where we recognize a deeper part of ourselves in something, even just for an instant. Sparkles are important: they’re an opportunity to get to know ourselves and those we love a little better. And if you ask me, out of all the good things about being trans, that’s the best one.