The Mystery Of Expat Life

Going native can turn you into a polarizing figure. 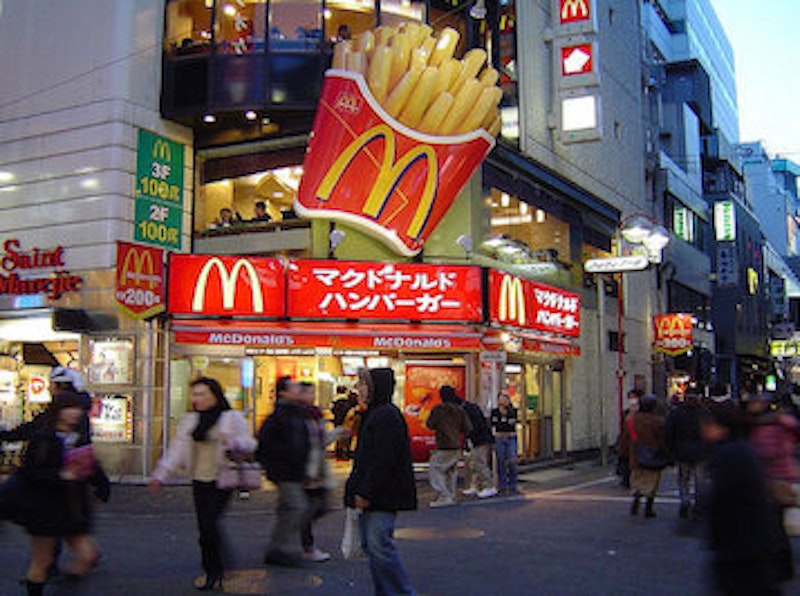 Most Americans have never left the United States, much less lived in another country, so people rely on movies or books for some understanding of what expat living's about. There's the Hemingway version—drinking in a variety of Parisian boîtes interspersed with fishing trips and bullfights. Or the Peter Mayle fantasy, depicted in his colorful memoir, A Year In Provence, about having the luxury of moving to rural France without needing a job, and then figuring out how to navigate local peculiarities, including unreliable builders and outlaw truffle hunters. The reality of life abroad is more pedestrian, which isn’t to say it's mundane.

If you want to make your expat experience prosaic, it's fairly easy if you're abroad in a major city—just hang out exclusively with your fellow expats when you're not working. Hemingway's Jake Barnes did that in The Sun Also Rises. This is the standard practice for corporate expats, who are generally sent abroad for a limited time, and often have limited interest in exploring life in the country where they're stationed. In London, you can spend free time at the American Club; in Tokyo, there's also an American Club. An older version of this approach has appeared regularly in both literature and film—British colonialists in pith helmets sipping gin and tonics and acting superior in their exclusive club in some distant outpost of the empire.

Mayle was in the French countryside, meaning he wasn't surrounded by a support system of fellow Brits helping him figure out the curiosities of daily Provençal life, such as a clarinet-playing plumber or the cold winter mistral that blows through the Rhone Valley in the winter. That experience made his expat story much more interesting than, for example, that of the bond trader who's in Singapore for a couple of years, but trying it out yourself isn't realistic unless you have the financial support of your publisher, as Mayle did.

The negative reaction in France to Mayle's book touches on a topic that's often central to life abroad—complaining about the odd ways of the natives. Many French people were distressed about the author's perceived patronizing tone towards their nation's rural residents. They found criticism hard to accept from an outsider, which isn't unusual. When I lived in Japan for a number of years, grousing about the local customs became a staple of the conversations I often found myself in when there were no Japanese around. Their houses are too cold; they won't speak Japanese to us; they all think alike; they're insular. We'd forgotten that, as gaijin, we were often given a pass on adhering to the complex web of rules governing behavior in Japan. In other words, we could get away with a lot because, in a sense, we had "white privilege." Asians from other nations, however, wouldn't be granted this grace.

I don't know if it's possible to insert yourself into a strange culture and have no gripes, but it's best to keep them in check. The urge to segregate yourself from the locals by staying within the safe and comfortable confines of the expat community is lazy and robs you of the full experience. When I first moved to Tokyo, I was too intimidated to walk into a restaurant, but I quickly figured out that that's not the way to live. Limiting yourself to McDonald's, both in the literal sense—as I did—and the figurative sense shrinks your world.

Some expats live abroad because they were sent there. Others do it out of curiosity, and then there are those looking for escape. Some in the latter group desire the opposite of self-segregation. These are the extremists who "go native"—a term often applied derisively—like First Lieutenant John J. Dunbar (Kevin Costner) did in Dances With Wolves when he left the military to live among the Sioux.

Going native can turn you into a polarizing figure. Some see them as poseurs trying too hard to escape who they really are. Why are they living in a hut and drinking unfiltered water when they could be enjoying all the benefits of modern life? Why are they rejecting their own—our own—culture? An alternative opinion's that going native evokes the nobility of T.E. Lawrence in Lawrence of Arabia, a movie that distinguishes itself by how it focuses on the commonalities between the expat and the host. In his early years, Lawrence was taken with the idea that the Arab peasantry, in particular the Bedouins, were "noble savages" who Europeans could learn a lot from. When he was among them, Lawrence behaved just as they did, as being a white savior was anathema to him.

How Lawrence's choice to go native elevated his stature over that of his compatriots is illustrated at the end of the film by the officer's bar scene that takes place after Lawrence and his sidekick Farraj have fought their way back to Cairo after a month in the desert. Lawrence orders two lemonades but his fellow British officers object to the presence of dark-skinned Farraj. Lawrence backs them down, however, with an insistence backed by a moral authority. Farraj gets his lemonade with ice, plus a room for the night with sheets.

The message is that going native, rather than wearing the pith hat, can bring you empathy and make you a better person. That message is also pervasive in Peter Weir's The Year Of Living Dangerously, an anti-expat morality tale that covers competing versions of the expat experience. There's the juxtaposition of the sequestered, privileged foreign hacks and diplomats in Sukarno's Indonesia with photographer Billy Kwan (Linda Hunt), who's gone native and lives among the impoverished, who he sees as real people, not abstractions. One thing's for certain: Hanging out at the officers' club and pretending you're superior to the natives is far easier than living like T.E. Lawrence and Billy Kwan. It's far less real as well.