Being a fully-cured addict is another illusion. 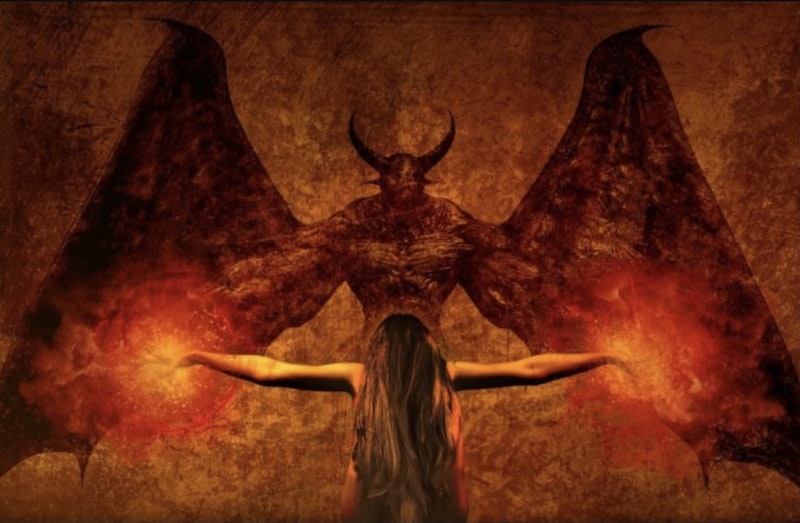 I hope Demi Lovato is okay. Three years after their near fatal heroin overdose, the singer returned earlier this year with both a new album and docuseries titled Dancing with the Devil detailing what led to their relapse. This isn’t Lovato’s first comeback documentary; 2012’s Stay Strong came out two years after their first stint in rehab, followed by 2017’s Simply Complicated, where Lovato revealed they were still using while filming Stay Strong. Lovato sings on the album’s closing track that they’re finally “in a good place,” and it seems like they are. They’re out as nonbinary, moderately drinks and smokes weed, and can finally control their food consumption.

Not everyone is convinced. Psychologist Dr. Kirk Honda, who reviewed Dancing with the Devil in a series of YouTube videos, says he’s seen a lot of clients that, like Lovato, tried to break their addictions with moderate use, but failed. One of my Facebook friends recently said she refuses to listen to Lovato’s music because “it seems like quite literally every single thing they do is a cry for attention and/or a publicity stunt.” (Lovato’s recent clash with fro-yo shop The Bigg Chill didn't help, either.) Since Dancing with the Devil isn’t Lovato’s first time making a grand spectacle of their recovery, it’s easy to be skeptical, but I’m still rooting for them because I understand.

We create narratives to make sense of reality. Life is messy and complicated; narratives are simple and easy. The common narrative of recovery is that once an addict hits rock bottom and enters rehab, they come out sober and live happily ever after. It’s the classic story structure: exposition, rising action, climax, falling action, resolution. Some people’s recovery stories align with that structure, but for most, recovery is the beginning of the story, not the end. Recovery isn’t a climactic battle with the final boss of a video game; it’s more like trying to slay a hydra—cut off one head, and the beast grows two more.

I began my recovery in December 2017 after spending a year living inside a bottle. At first the goal was to quit drinking, but as it progressed, I discovered more addictions to conquer: social media, other people’s approval, and, currently, the way things “should” be. At 38, I should finally have my shit together. I should be able to recognize every strong emotion that seemingly comes from nowhere and know how to handle them. I should be an example of recovery: happy, healthy, and completely at peace. When reality doesn’t match my expectations, it means that I’ve failed.

Maybe this fear of failure is why Lovato loves to reassure everyone that they’re okay, even when they’re not. They might even be trying to convince themself that they’re okay. It’s possible I do the same thing. My friends have been there since the beginning of my recovery cheering me on. They remind me that “recovery is not linear,” but after having two major relapses during the past few years where I drank half a liter of bourbon and threatened suicide on Facebook, I don’t want to let them down. My friends shouldn’t have to worry about my safety while struggling with their own lives, so I play the role of the fully-recovered addict. My performance is so convincing that I can’t separate the character from the actor.

The Buddhist doctrine of anicca teaches that everything is impermanent. All things change moment by moment. Attachment to fleeting things causes suffering; it's like trying to grip water in your tight fists but watching it slip away. Being a fully-cured addict is another illusion. Some days go by without a single thought about drinking, while other days find me sitting in the car outside the liquor store and debating whether to go inside.

I’m currently practicing radical acceptance, with an emphasis on the word “practicing.” I frequently stop what I’m doing to see how I feel at that moment and try to accept it, even if I feel like shit. The feeling will pass and another one will come. Thoughts, emotions, and sensations forever flowing like a river. On that river floats me and my makeshift raft of sobriety.