Auberon Waugh and a Machine Gun

Plus a girlie caption on a slow afternoon. 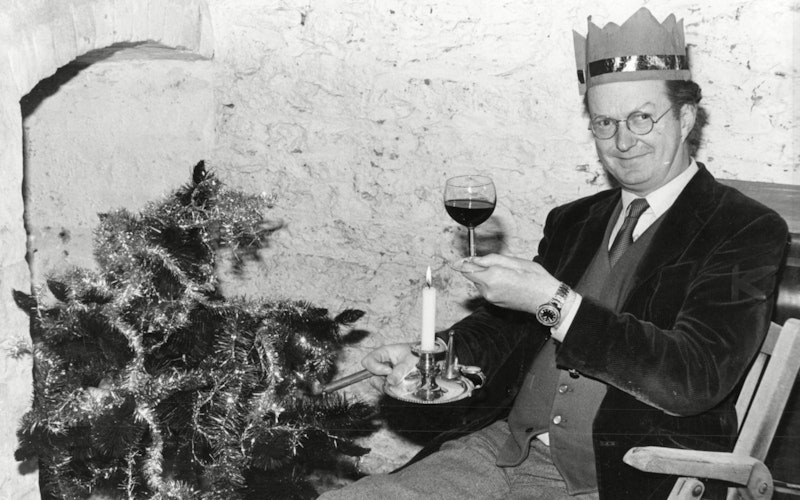 Auberon Waugh shot himself with a machine gun. Just did it by being stupid. But later on he wrote about the stupidity of everybody else, how everybody else was a bunch of fools. Lamentable figures of fun, and there he was with his Private Eye columns. The smart-guy writer and his favorite victims, his list of persecutees: in Britain you can do okay with that racket. I mean being sly and malign, clever and capricious. Waugh did okay, as he indicates in his memoirs. He mentions rather insistently that he acquired a cellar, maybe two cellars, of his favorite wines, something like that. And he talks about buying a multi-floor London “pied-a-terre” for the kids. If I recall. I read a couple of his books, but they were library books. In a break with the Auberon Waugh tradition, I was careful to return them. In keeping with the tradition, I’ll write from memory and see what happens. After all it isn’t a machine gun.

Poor guy didn’t check and the thing was loaded. He was doing maintenance and… an ancient story, this time with a key factor greatly amped up. No pistol, sir; no shotgun. A machine gun. Multiply the wounds, because he’s cut almost in two. Multiply the foolishness; because hey, most people don’t think they’re smarter than a machine gun. Officer Waugh, just out of school, he made that mistake; then the boy lived on as a man stitched together. Wounded for life and it hurt for life. But he didn’t die and he always functioned. He married and they raised a family; he worked a day job and wrote novels; he made the day job a career and watched his kids grow. The problem was that his career, his eventual function in the world, was to leak poison. I refer to his articles persecuting various figures for his own capricious and/or self-interested reasons (a politician’s nephew fired Waugh from a newspaper, so Waugh spent years dumping on the politician). This output provided him with a career after his novels had failed.

Before the big time we find him at his desk. It’s a dour afternoon on Fleet Street, he’s a man in his late-20s, and he’s writing a caption for a photo of a hot-looking girl. Or trying to. “Unless you have a knack for this kind of writing, it is highly difficult to do well,” Waugh would say many years later. Now he puzzles at length, nudging syllables and hoping for the best. His boss walks by. “Grand to see what can be done with a university education,” the boss says. “I only wish I had one.” (All quotes reconstructed.) A key element spoken by neither party: Waugh’s father, Evelyn Waugh, was one of the country’s foremost writers, and at 25 he’d become famous as a master of English prose. Now the son, 28 or so, was trapped at a desk; boss in view, he was laboring over “Curvy Betty Emmons of Pompeyside.”

Plus he’d spend his life relying on stitches because of his dumb mistake. Good for Waugh the memoirist that he presents these particular matters without noise or self-pity. Good for Waugh the man that eventually he had his wine cellar, or cellars, and his London property and his family. Too bad he… but I’m not going to check details. He wrote nasty things long ago, and now goodbye.