The Metamorphosis of a Local

My local was special, once. Now, it’s just a place to buy stuff. 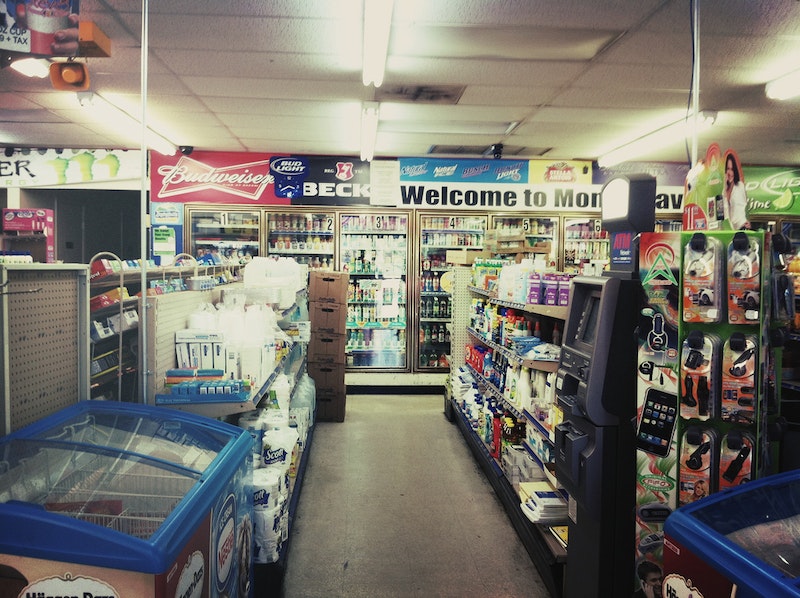 In a pinch there was the CVS, downtown, but that was a 15-minute walk each way; anyhow, it shut down months ago. A new one popped up on the other side of the highway, absorbing an aged store nearby and its downtown cousin. So the Short Stop was all I had. It was a seven-minute walk, convenient for cigarettes, bread, and OJ whenever it was snowing or I didn’t have time to drive to a proper grocery.

For most of the past 27 months or so, the Short Stop has been a pleasure, in no small part because the employees sorta knew me, and I sorta knew them. There was the burly, friendly manager dude. There was the Earth mama with the glasses, the petulant, stout flirt, and the sour, joyless shrew, all cashiers. There was a dumb joke where we would identify one another by names we knew weren’t real, because it was funny, a way to spite life’s joyless routines.

We never exchanged anything profound or meaningful; we were all old and jaded enough to know better that to really become friends. But since I telework to Texas, they were, besides the other residents of my apartment house, the only people I would definitely encounter multiple times in the same week. Sometimes the Earth mama and the flirt were crying, and it was difficult not to express the real concern I felt. Eventually, the shrew actually smiled at me. In my mind I lazily sketched loose preceding scenes that had nothing to do with me and discarded them just as quickly, shrugging back into my own nondescript weekdays.

Of course, the camaraderie faded—as, perhaps, it always must—in uneven dribs and drabs. The burly manager dude left to manage a different gas station; the new manager was a clean-cut cypher no one seemed to like. The flirt vanished from Short Stop, materializing briefly at the Burger King drive-thru before posting up, yet again, behind the Short Stop counter. Meanwhile, the Earth mama wilted. Tears always seemed to be flowing: an onslaught of financial woes, unanticipated double shifts, dead-end job juggling acts. The shrew just wasn’t there at some point, the flirt hugged me on her last day, and last time I saw Earth mama she was dropping into Short Stop to say hello: a mere alum.

Shuffled into the mix were chancers and transients, few of whom took: losers straight out of Clerks, busted matrons, an adorable twentysomething who probably quit Dunkin' Donuts over the African ear-expanders she insisted upon installing. My favorite was a slightly saucy woman who blasted old-school rap from a boombox on weekend nights, but she’s gone now, like all the rest. Now I’m down to a grimly amused blonde grandmother who’s usually glad to see me, knows my brand, cracks the occasional joke; it’s probably only a matter of time until she splits, too.