Have a Drink at Old Town 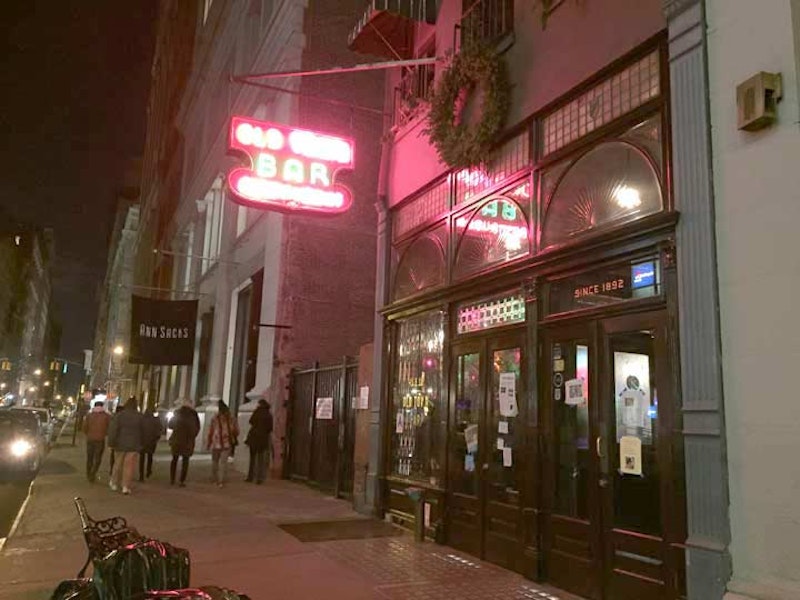 I was first introduced to the Old Town Bar, 45 East 18th Street between Broadway and Park Avenue South, on a sweltering summer afternoon in 1981, in the 99th year of its existence. I was working on 5th Avenue at a small textbook publisher, and one of my friends worked in the same building for a different company. It was my first professional year at work out of college, when I learned how to drink without getting drunk (after many unsuccessful attempts at not getting drunk). This was decades before I began a professional appreciation of New York’s odd nooks and crannies and bits of original surviving infrastructure for forgotten-ny.com and the book of the same name, so I didn’t fully appreciate Old Town as the incredible 19th Century survivor that it was, but rather for its ice cold beer and arctic air conditioning.

I have visited Old Town dozens of times since—I’m not what you’d call a regular, but rather an appreciator; I’m there with friends around the holidays more than any other time of year (and thus haven’t sampled the arctic air conditioning recently). This past holiday season I went with two friends, neither of which I had laid eyes on before, but met both through Facebook: one a native New Yorker, the other visiting from England. Its red and green neon sign still beckoned—neon signs are becoming rare in New York and overhanging sidewalk signs even rarer. Not much else has changed at Old Town since 1981, but in this case, that’s one of the highest compliments that can be bestowed. 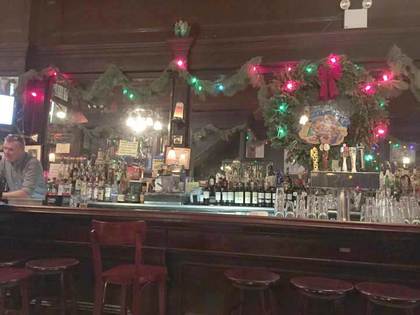 The Old Town Bar evolved out of Kleindeutschland, the Little Germany that existed in the Lower East Side and East Village and stretched into the Stuyvesant and Union Square areas from the mid-1800s into the early 1900s. Hundreds of German immigrants resided in the area, but the General Slocum tragedy in June 1904, in which over 1,000 people who were riding on an excursion steamboat in the East River, was Kleindeutchland’s death knell, as most German families who resided in the area had at least one family member onboard. Before that, though, there was a heavy German influence in the neighborhood. The Ottendorfer Library (the first free library in the USA, built by German immigrants) and Stuyvesant Polyclinic (originally the German Dispensary), next door to each other on 2nd Avenue between St. Mark’s Place and East 9th Street; Scheffel Hall, originally a beer hall at 190 3rd Avenue near East 17th Street; and the former Luchow’s Restaurant at East 14th Street and Irving Place, are (or were) tangible remnants of Kleindeutschland. 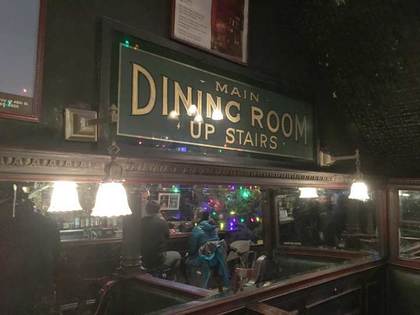 Viermeister’s opened as a Teutonic-themed saloon at 45 East 18th in 1892. The interior is still dominated by the same style tile floors, pressed tin ceilings, etched and stained glass, beveled mirrors, brass lighting fixtures, woodworked bar and booths and round-edged tables that were present on opening day. The brass lighting fixtures, as a matter of fact, were originally gaslamps. The leather upholstered booth seats had hidden compartments to store drinks while the cops raided during Prohibition. After that misbegotten government adventure, another German family bought the place and renamed it Old Town. Nonfunctioning buzzers that used to summon servers are still in place at the booths. 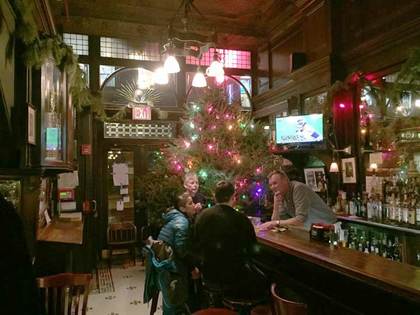 I purposely scheduled our meeting for a Sunday night just into the New Year. When this photo was posted on Facebook, I was told that it perfectly captured the Old Town vibe as the weekend is winding down, with patrons chatting with the barman. Old Town has an upstairs with booths open during busier hours, with meals delivered to patrons via a (clean) dumbwaiter. The restroom is classic, with marble urinals and swinging wood doors on the stalls. Until fairly recently, women did not have a separate restroom. I have taken meals both upstairs and downstairs and while any of the downstairs booths provide the right amount of atmosphere, when on the second floor I prefer a table by the etched windows looking down on 18th Street past the neon sign. 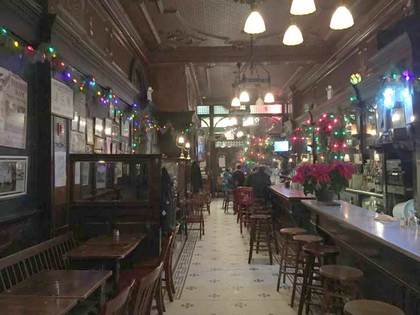 Pub food is the rule at Old Town. The burger is renowned but in my opinion it's just a little below personal favorites like Nier’s Tavern in Woodhaven (which, they claim, dates back to 1829—not a typo) and the tiny Doyle’s Corner on Broadway in Astoria. A couple of drinks and dinner for three costs about $90.

Of course we know that Old Town is a mirage, an aberration. More and more of the old NYC disappears every year, day by day and minute by minute.