Astrologers recommend we don’t make any major decisions during this time. 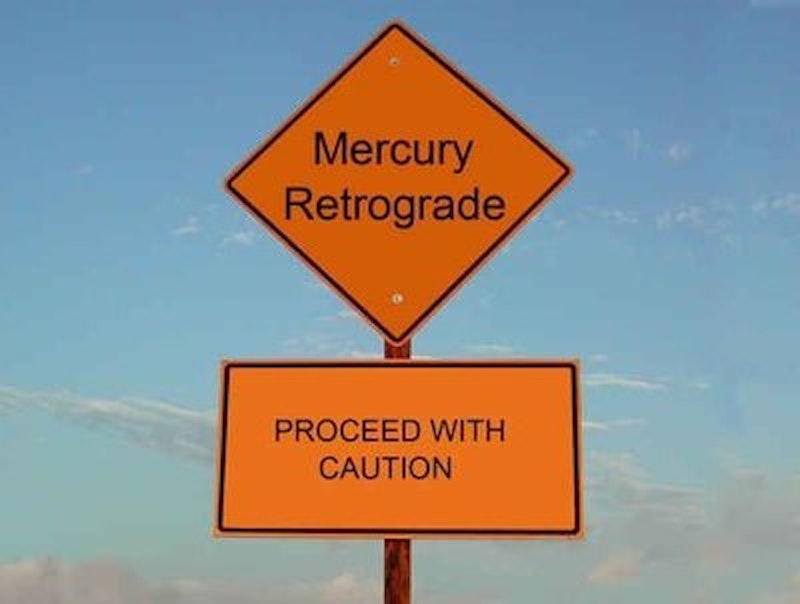 Three or four times a year, people who know about astrology prepare themselves for a retrograde. Of all the planetary aspects, this one seems to reap the most attention because it affects people in a uniform way. We’re now in the first retrograde of 2016 until January 25th.

All the planets in the solar system move in the same direction east to west around the sun but at different rates. Mercury’s orbit is 88 days long, so four orbits of Mercury around the sun is equal to one earth year. Occasionally, Mercury appears to slow down, stop, and move backwards for several weeks. This is really just an optical illusion, somewhat like being in a car on a highway with a train running next to you. If you’re moving faster than the train, it may appear to be moving backward like Mercury appears to be moving in retrograde.

Illusion or not, people for thousands of years have believed that during this time, it has an effect on life on Earth, specifically within the realm of communication and technology. In astrology, Mercury governs communication, travel and learning. Mercury is not made up of mercury, but possesses a core with a high density of iron. Mercury’s retrograde means a huge magnet passes between the earth and the sun, making its closest pass to our planet at the same time.

This strong pull may explain why there are so many human miscommunications, technical and mechanical breakdowns, botched business deals, missing keys and cancelled flights. Mercury may cause crazy turbulence as it passes by earth, but it also gives us time to reflect. People, ideas or insights that help us move forward may surface during this time. Although astrologers recommend we don’t make any major moves, decisions or long distance trips during this time, we can’t put our lives on hold. Yet we can use this time to contemplate or reassess what we may have missed the first time around.

Allow for more space between thoughts instead of simply moving from here to there on a whim. Living mercurially means learning to discriminate between empty information and information that has a message.