Giving Thanks for Home

As terrible as moving is, the feeling of having moved is like bathing in rose nectar. 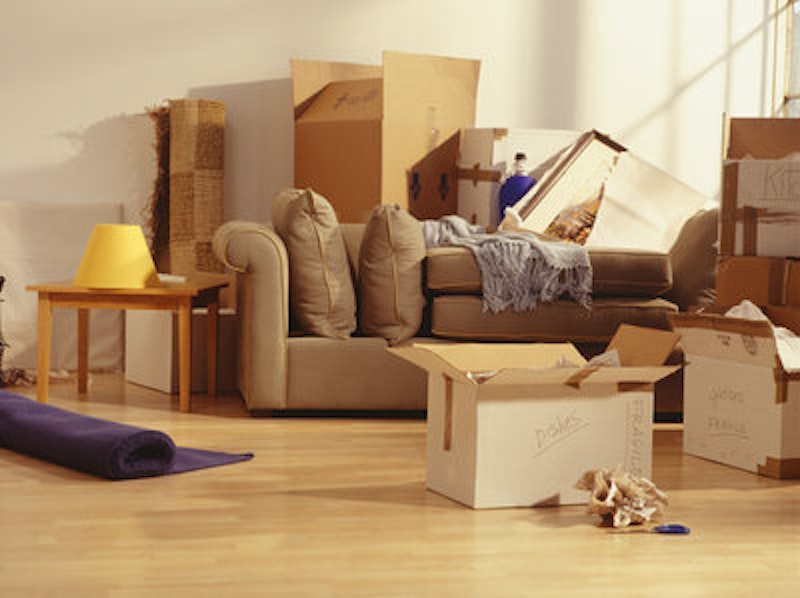 I’ve been embroiled in the moving process for a couple of months. Instigated by a bit of skullduggery on the part of two management companies, I suddenly discovered that I’d been priced out of my apartment and had no legally binding renewal form to back me up. Now our brief local nightmare is over; I have a new place, and can breathe (slightly) easier. As terrible as moving is, the feeling of having moved is like bathing in rose nectar.

But I wouldn’t enjoy those sensations if I didn’t have my mother backing me up. She’s a woman both shrewd and kind, the type of lady I aspire to become—one of them, anyway, since I’m notoriously indecisive. And not only has she supported me without question since I began my gender transition, she’s helped bankroll my unexpected living-space transition as well. I’d never have been able to do it without her generosity. (I can practically feel the Boomers rolling their eyes as they read that sentence; unfuck the economy, buckos, and then judge me for being a poor twentysomething.)

Mine is not the reality for most queer youths, though. I can rely on my mother and just about her entire extended family for some degree of support, financial or emotional, and I knew that long before I knew I was trans. Very few other young people in a similar situation can count on their family to do the same. After they come out, LGBTQIA youth often face ostracism and abuse from the very people that swore to love and protect them back when they were born (and assumed to be regular cisgender, hetero normals).

Don’t believe me? Check out the new survey of homeless youth in Washington DC. 43 percent of those polled identify as part of the LGBTQIA spectrum, just above the national score of 40 percent. PFLAG says that of the gay male youth that receive a negative reaction from their parents upon coming out (read: the vast majority), 26 percent are thrown into the streets. Most queer kids aren’t just rejected by their parents—they’re actively harmed, pushed into homelessness when they’re barely old enough to hold down a job or get a GED.

In my home, NYC, this can end up being a death sentence. If you’re caught out in the streets unprepared during a winter like this one, you’re more than likely to freeze to death. The shelters are full, and even if they weren’t, they’re dangerous even for adults. A friend of mine has a leg up on some; she’s managed to squeeze into a program that houses gender-nonconforming youth together in ostensibly safe apartments. But still, the situation is far from supportive or secure. “Rather than try to help us get our shit together, they try to keep us in their houses as long as possible to hold onto funding, then gaslight us by trying to convince us they're just looking out for our best interests,” she says. (Gaslighting is a form of emotional abuse wherein the abuser presents false or manipulated information to make their victim doubt their own memories and sanity, an especially pernicious tactic when used on a group that’s 3 times more likely to develop mental illness than average.) “You'll never get out of the situation if you aren't doing things for yourself.”

So with the heat cranked up against the winds outside and the hopeful prospect of Netflix in my immediate future, I bow my head and give thanks to my mother and the assorted deities of luck throughout history, all of whom have helped me avoid what is so commonplace for my peers. We have so very far to go before divides like this are bridged. Perhaps with more surveys like the one in DC, action will eventually be taken. I just hope my friends aren’t left out in the cold for too long.