The Madness of George Packer

Packer doesn’t struggle to see what he doesn’t know. 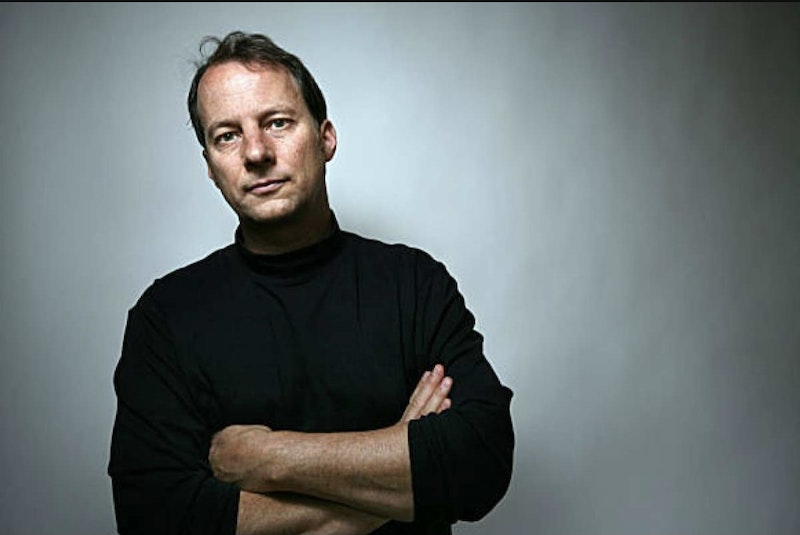 George Packer is sick—maybe. The caveat is a courtesy I extend but don’t necessarily endorse, per my role as an unlicensed practitioner of telemedicine, because were I to put Apple Pencil to iPad Notes, or pen to paper, and diagnose Packer’s condition; were I to exchange my coat for a gown, were I to integrate the two into a white-black “I Have a Dream” coat of health and justice, I would follow my own recommendation and remand Packer to a psychiatric hospital.

Or would you have me ignore his 240-page journal, Last Best Hope: America in Crisis and Renewal, detailing his paranoia, narcissism, and fantasies about the transformation and redemption of America; a political end time in which the false messiah of Mar-a-Lago, Donald Trump, loses to the better angels of Packer’s imagination?

Were all this a game instead of a prelude to The Game, were the home-field advantage advantageous to Harvard instead of Yale, were the rage of conflict more at home on the battlefield than the football field, perhaps we would know hope. What we have instead is Packer’s Last Best Hope, which reads like a fumbled response to Industrial Society and Its Future.

The latter is the work of a writer with a broken mind and a Harvard education, while the former is an ugly work by a columnist with a Yale degree. The ugliness begins at the beginning, when Packer mistakes a yard sign for a yardstick: a means by which he measures the moral health of America, and finds it wanting; and wanton, what with his vision—his political night vision—of a long national nightmare, where a flash of red becomes a flag of red and black, where the Right becomes the Reich. He sees the soil of the living overrun by the blood and soil nationalism of 74 million voters, ceding farmland to the Fatherland.

Blind to what’s in front of his nose, Packer doesn’t struggle to see what he doesn’t know. He fails to face unpleasant facts, including the fact that he’s the anthologist of Facing Unpleasant Facts: Narrative Essays by George Orwell.

Packer changes the facts to fit his narrative, saying there was little increase in the spread of COVID-19, in New York City, because many protesters wore masks. Thus does the critic become an irrational and selfish criminal, while the criminal with malice aforethought—with malice toward the right someone—becomes an expression of faith in the power of democratic institutions to bring change.

Besides changing who gets to write history, what does Packer believe must change? To ask the question is not to question Packer’s ability, because he is as fluent in Newspeak as he is familiar with doublethink; turning unarmed trespassers into traitors, and a president into a plague on the White House and both houses of Congress. And yet Packer may be too good, which is to say bad, to administer the truth.

He excels at dehumanizing his enemies, calling them reptilian, parasitic, and vicious. He calls people names, and names names—except one. Traces of an unperson mark the pages of this story, undermining Packer’s attempt to speak no evil about an evildoer named Anthony Fauci.

Packer’s silence about Fauci is lasting proof that Last Best Hope is cause to abandon all hope.